Adventures in the land of sheep chickens and washing bears

Englishman in exile and part-time lecturer at the School of Communication and Culture Conrad Molden calls Aarhus ‘the perfect storm’, and he’s found a goldmine of comedic material in the Danes’ eccentricities which has both Danes and internationals in stitches at his stand-up shows.

Exile Englishman, stand-up comedian and AU instructor Conrad Molden has made making fun of the Danes his trademark. Since he came to Denmark five years ago, he’s been observing the cultural and linguistic eccentricities that can make internationals smile or scratch their heads in their dealings with the Danes. He’s distilled them into the stand-up show ‘Danglish – a hyggelicious comedy tour’ which he’s performed all over the country. He’s already performed over 30 shows. And he’s got a new show on the drawing board.

But make no mistake. Even though Denmark is apparently an inexhaustible source of material for a standup comedian, Conrad Molden is pretty enthusiastic about living here – and he’s especially wild about Aarhus.

”Aarhus is the perfect storm. Copenhagen is big and busy. But here you meet people you know on the street, at the same time that the city’s large enough so that you also meet new people. It’s by no means extravagant, and as a tourist you can see everything in two days. In fact, probably in a day and a half. But living in Aarhus is magical. The only drawback is the Randersvej hill. The man who placed the university at the top of Randersvej must be a very evil person...”

Conrad Molden grew up in London, but came to Denmark in 2012 to study Human Security at AU. In his academic suitcase, he brought a BA in Humanities and Critical Studies: War, Conflict and Modernity. Since finishing his Master’s degree, he has maintained an affiliation to AU, first as a teaching assistant and more recently as a part-time lecturer, and is currently teaching at the English department on the Bachelor's supplementary subject History, Society and Culture. 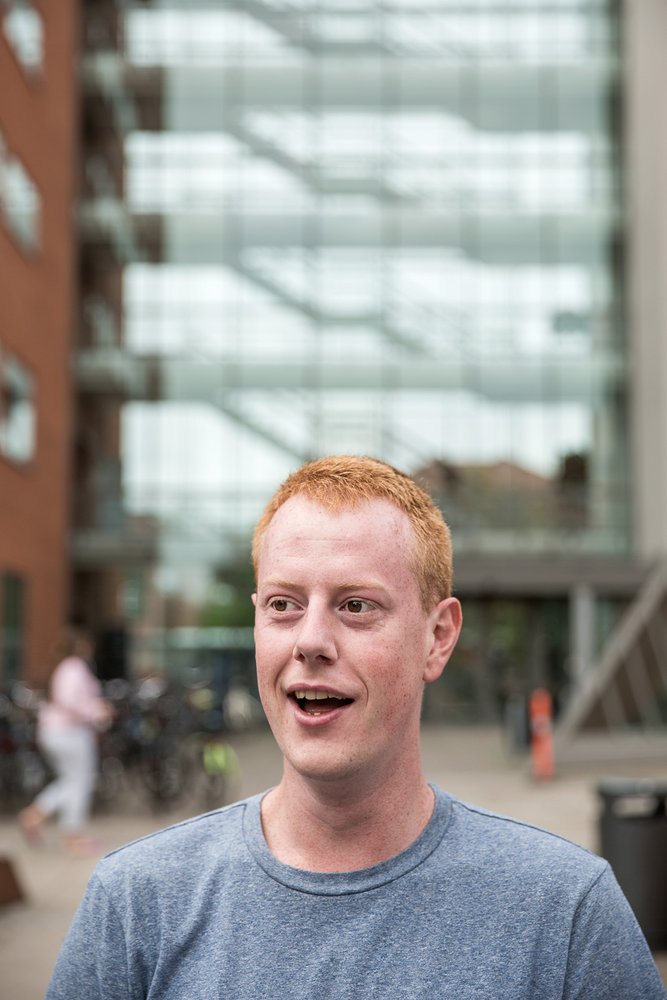 Is there anything that’s surprised you in your encounter with Danish students?

“Yes, their group mentality. I’d never done group work before I came to Denmark to study. In Great Britain, students have a strong competitive mentality. But even though it’s hard and inconvenient, it’s good to learn how to do group work, because after all, you have to be able to work together with others in the workplace.”

Is there anything in particular you’ve noticed about your colleagues at the school?

“No, not apart from the low security level at the university. That surprised me. You can just barge in from the street without a key card and go up to our staff kitchen and steal our staff fruit. But I like the idea that trust emerges when you demonstrate trust in others.”

Do you have any good advice for the many international students who’ve just arrived at AU?

“Don’t be afraid to step out of international circles and meet the Danes. I started cultivating the comedy scene here in Aarhus, and expanded my Danish network that way. But there are lots of opportunities and events to go to. Join the Friday bar or eat at a people’s kitchen. Those are good places to meet new people. There’s a people’s kitchen in Trøjborg (popular student neighbourhood northeast of the University Park campus, ed.), on the street that probably has the coolest name in Aarhus: Thunder Shield Street (‘Tordenskjoldsgade’. Tordenskjold was an 18th century Danish naval hero, born plain Peter Jansen Wessel, who received the name ‘thunder shield’ when he was ennobled in 1716, ed.).”

Do you also have any good advice for the Danes?

“Remember that Danish is a very difficult language to learn. So take your time when you talk to foreigners, and be a little more patient about the language side of things.”

Speaking of language, Conrad is quite fascinated by what he calls LEGO language: when Danes combine one or two new words into a new word. While compound words are present in English as well, the Danes have a particular enthusiasm for them.

“My former girlfriend introduced me to a ‘washing bear’ (vaskebjørn, wash + bear, raccoon, ed.) and a ‘sheep chicken’ (fårkylling, sheep + chicken, cricket, ed.) he grins, and admits that after five years of living in Danish, he’s started to use odd compound words in English as well.

“I’ve become so Danified that I call a pedestrian street a ‘walking street’ (gågade, literally to walk + street, ed.) instead, because not many Danes understand the expression ‘pedestrian street’. The same applies to Wellingtons (British term for rubber boots, ed.), which I now call rubber boots (gummistøvler, rubber + boots, ed.). My English friends have no idea what I’m on about.” 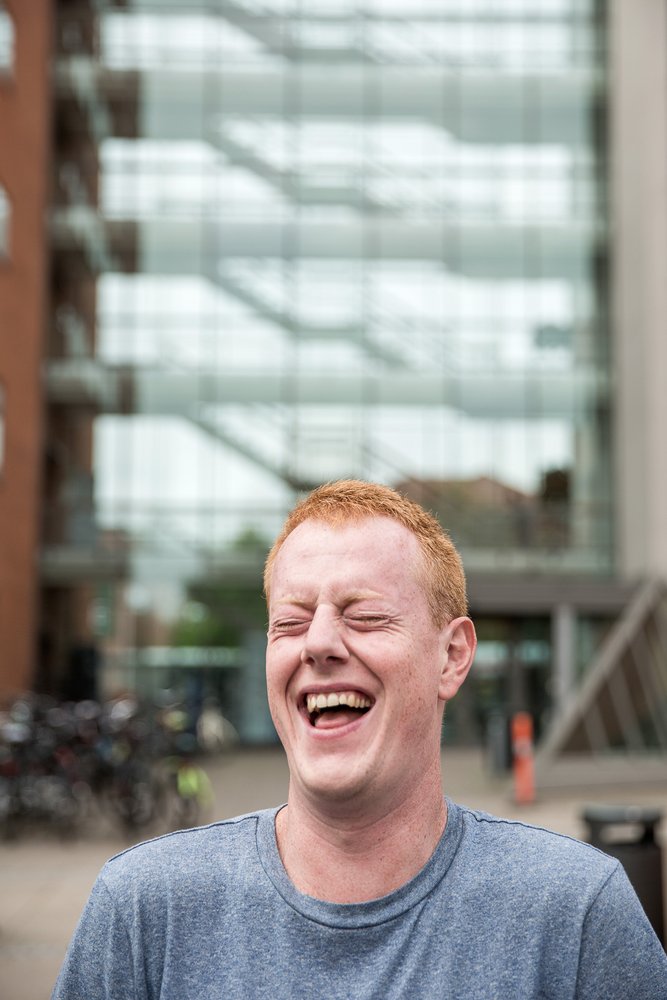