The shielder, the co-ordinator and the agenda setter

The shielder, the co-ordinator and the agenda setter are stereotypes. And as postdoc Lise Degn emphasises, that’s obviously not the case with real people. Lise Degn is the person behind a scientific study of managers at Danish universities. But perhaps you can still recognise your own department head in one of the three stereotypes - or maybe recognise yourself, if you happen to be in charge of a department.

The department head as shielder

Shielders are department heads who view management as a hat they have put on, but they still see themselves first and foremost as researchers. They are managers for a time because that is a choice they have made. They see the researchers at the department as colleagues. And researchers typically find it easy to relate to them as managers because they are clear about their actual identity.

This could be because they continue to teach or still drink a cup of coffee with their old research team. The shielder is not the type of manager who cuts through conflicts. They will attempt to resolve conflicts through dialogue with the parties involved; in fact, they would prefer that the parties sorted out the conflict themselves. 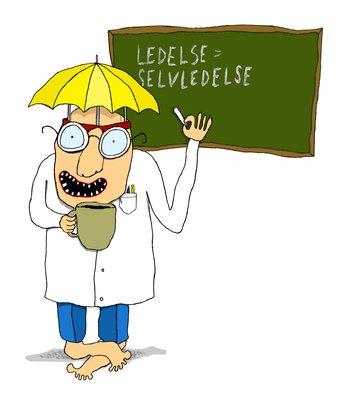 Department heads in this category have a tendency to see modern management tools as illegitimate. They tend to think that managers who use management tools in connection with e.g. SDDs are not good managers for researchers. This has to do with the fact that the shielder sees self-management as the most optimum form of management at a university.

The shielder therefore believes that instead of reaching into a toolbox supplied by the HR department, they ought to lead by their own example as recognised researchers. Managers who are shielders do not use expressions such as ‘visible management’. They just continue to eat their lunch in the cafeteria.

They will see recognition of authority as a fiasco – and thereby acknowledge decision-making power. Shielders actually think that making decisions which the researchers consider to be poor is synonymous with being poor managers. They therefore have a tendency to try and shield the researchers from new initiatives.

In this context they can describe themselves as umbrellas that shield the researchers from external forces, which can often result in them announcing something officially as managers, while in reality making sure that something else happens at the department. The shielder will also typically develop strategies that are in reality a description of current practice at the department.

As department heads, shielders attempt to continue a narrative based on the academic values that were prevalent in the old system. So even though they may have ambitions for the department, they mostly try to preserve it.

The department head as co-ordinator

Of the three stereotypes, co-ordinators are the ones who find being managers most problematic because they find it difficult to strike a balance between the researcher’s identity and the manager’s identity. They want to be both at the same time, and they therefore attempt to create a form of academic manager, bringing the best aspects of being a researcher into the role of manager. 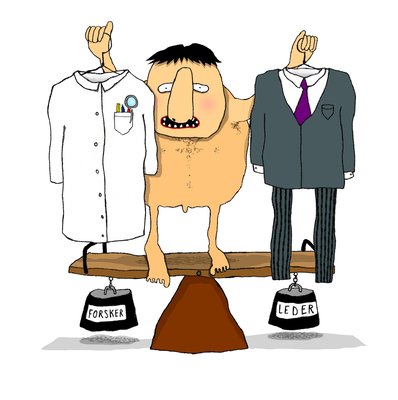 Find it difficult to assert themselves

Management as an academic discipline

As department heads, a few of the co-ordinators attempt to make things work by viewing management as an academic discipline in which they can improve their skills. In some cases they can therefore see the sense in using modern management tools. Also in relation to having the power to make decisions, as the co-ordinators think this was a problematic aspect of the old system. In their view, there was not really anyone with the power to make final (and sometimes unpopular) decisions.

Managers in this category are very much present in the daily life of the department, though the researchers will also experience behavioural changes, for example that their manager has an ever-increasing focus on strategies.

But the manager will be a little vague about the direction he or she is trying to define. For example, this kind of manager might say that the changes which are to be made at the department have to be made because there’s someone telling us that we have to make them, and that’s why we have to do so.

This can be seen as an attempt by the manager to disclaim responsibility. But it probably ought to be viewed as an expression of the co-ordinator’s eternal dilemma: The manager still considers herself primarily as a manager of researchers. But at the same time, he or she is aware of the fact that there are other people in the hierarchy who require something of them. This kind of manager find this to be legitimate, but may lack the tools to communicate this to the department.

Co-ordinators will try to handle conflicts through dialogue and by asking the researchers directly about the opportunities they see for handling a difficult situation.

The department head as agenda-setter

The agenda-setting department head represents a minority among department heads, though it is possible their numbers will increase with the new generation of managers. Managers in this category have taken a decision; they will no longer be researchers, and they have no problem with this because they now wish to be managers. 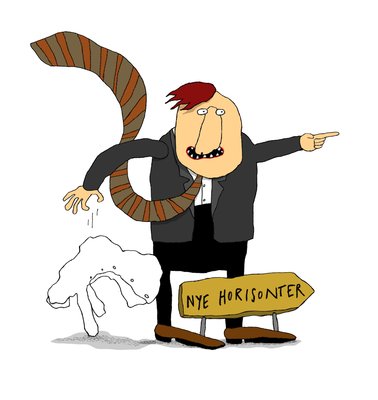 They are happy to lay down a direction and they manage by being the person who leads the way towards new horizons. The managers are far more proactive than the other two stereotypes. They clearly formulate the initiatives for change that they believe are necessary for the department. And they are happy to take on the role. They are even happy to take on the role when it comes to making unpopular decisions.

Ideal taken from the business sector

Agenda-setters do not necessarily practice inclusion in the decision-making processes. But as they are on the other hand very communicative about what they want to do – and why they want to do it –- they will often experience acceptance of their decisions despite the lack of inclusion. Managers in this category often behave in a way that inspires others to follow them. Of the three stereotypes, the agenda setter is the manager who most resembles the ideal of the charismatic manager found in the private sector.

Inclusive – but decisive as well

With regard to conflicts at the department, the agenda setter has a no-nonsense strategy. He or she will typically say that this is something we must take care of. The manager will be inclusive in the situation, but if the parties cannot reach a some kind of consensus, the agenda setter will make a decision in the end.

The agenda setter is also proactive in contexts outside of the department. They are happy to interact with upper management, for example the dean or the rector, and they will generally make sure they are visible in political contexts at the university.

In her PhD study of the department heads’ approach to management, postdoc Lise Degn has only studied them as managers of researchers. She has only sporadically been concerned with them in relation to their management of other staff categories at the departments. But this should not stop a department secretary, a precision mechanic or anyone else from taking a look at their department head and assessing that person’s most predominant features in relation to the three stereotypes.

Facts: Seniority is crucial to the approach to the role of manager

None of the three stereotypes are over-represented within a specific academic area. However, the managers' seniority is crucial for their approach to the role of department head, says Lise Degn.