A small but very significant contract

Researchers from the Department of Bioscience have won a contract for the monitoring of wolves in Denmark which the Danish Environmental Agency sent in open competition between researchers at Danish universities in July. There is not a lot of money in the contract. But seen in the light of the criticism faced by the researchers last year for errors in the calculation of the number of wolves in Denmark, it is very significant that the task again ends up at Aarhus University.

The task of monitoring the comings and goings of the wolves and not least their spread in Denmark has thus far been carried out by researchers from the Department of Bioscience on Aarhus University, with financial support from the university's own funds in addition to private foundations.

Now the Danish Environmental Protection Agency has decided that the researchers should carry out the task at least until and including 2019, and this time with funding from the agency. This is the result of the researchers from the Department of Bioscience scoring maximum points on all parameters measured by the Danish Environmental Protection Agency when it came to finding the most suitable researchers to carry out the task of monitoring wolves in Denmark.

The agency has earmarked DKK 750,000 a year for the task, which will mean a total income of DKK 1.5 million for AU. Financially, this is a smaller contract. But winning it is of great significance for the researchers from the Department of Bioscience in terms of self-confidence, after it was revealed last year that the researchers had made a number of errors. 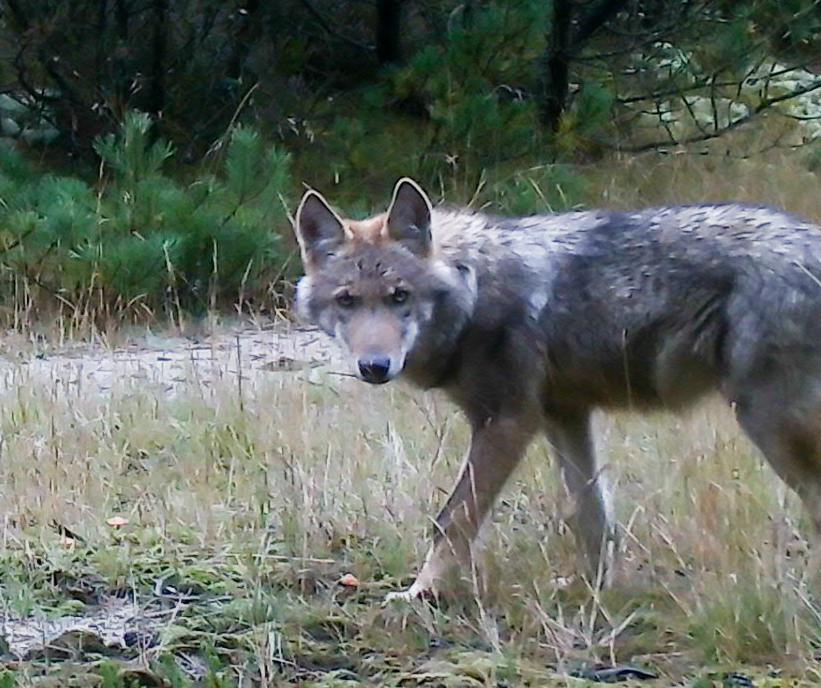 From forty to a handful of wolves

When Omnibus catches up with Senior Researcher Peter Sunde from the Department of Bioscience in Kalø shortly before a meeting about the wolves in the village of Idom-Råsted in western Jutland, he makes no bones about the whole thing being “unfortunate”.

"This is also why it is very satisfying for us to get what you could say was a seal of approval by winning the contract in a public tender. The other satisfying aspect is that with the contract with have the foundation for a continuing research strategy for wolves in Denmark," says Peter Sunde.

Same standard as in Germany

Following the research blunder, the monitoring of the wolves underwent an internal reorganisation headed by Senior Researcher Peter Sunde from the Department of Bioscience in Kalø and Research Coordinator Kent Olsen from the Museum of Natural History in Aarhus.

The purpose of the reorganisation was to ensure that the task would in future by strictly done by the (research) book. For example, by having all indications that wolves can be found in a given region registered and validated by researchers at the Museum of Natural History in Aarhus according to the same standards as in Germany.

In addition, DNA traces of wolves are sent for analysis in a German laboratory that already analyses all the DNA traces that are collected in connection with the monitoring of wolves in Germany.

At the same time, the collaboration across the Danish-German border has led to the researchers establishing standardised field methods that can either confirm or disprove the presence of wolves. 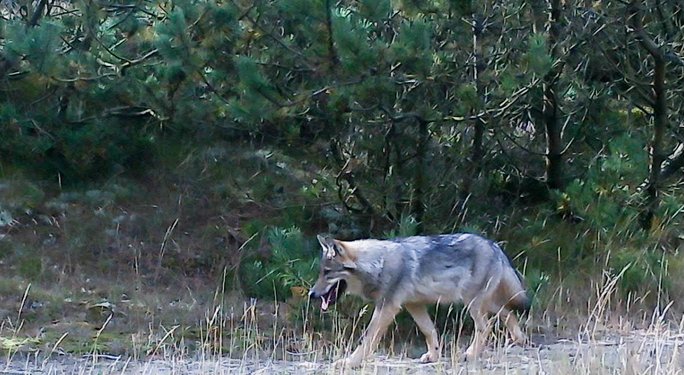 Another of the cubs from the wolf pack captured on film near Ulfborg on 16 September this year. Photo: Thomas Boesdal, Søren Krabbe, Jonas Siim Jensen and Mads Skamris. Museum of Natural History Aarhus, Aarhus University.

Researchers must compete for tasks

The task of monitoring wolves on behalf of the Danish Environmental Protection Agency is not part of the four-year framework agreement on research and consultancy totalling approx. DKK 380 annually that Aarhus University and the Ministry of Environment and Food of Denmark entered into in February this year.

But the fact that it ended up with researchers at AU has given their self-confidence a boost at a time when the minister for environment and food, Esben Lunde Larsen (The Danish Liberal Party), has decided that research and consultancy tasks which university researchers undertake within his field of responsibility must be sent in open competition over the next decade. According to the minister, the reason for this is a desire to benefit fully from the ministry's substantial investments in the consultancy and research delivered by researchers from several of Denmark’s universities.

Wild animals and game also won by researchers from AU

Researchers from the Department of Bioscience in Kalø won the first research and consultancy field that was sent out to tender in the early summer following the minister’s decision. This means that research and consultancy services for government agencies and institutions within the field of wild animals and game in Denmark will also be carried out by researchers from AU in the coming years. The contract, which is worth DKK 14 million annually, runs up to and including 2021 with a possible extension for up to two years.

What is research-based public sector consultancy?

Research-based public sector consultancy is the general term for the tasks which researchers undertake on a national level for government ministries, agencies, municipalities and regions, and at international level for the EU.

The purpose of this independent research and consultancy is to ensure a knowledge-based foundation for politicians' decisions, for example in connection with the political process up to the adoption of a new act in areas such as the environment, nature in general or foodstuffs.

In addition to research, the tasks can include research-based consultancy, monitoring and surveying within the professional area. Furthermore, the researchers have the task of contributing with research-based knowledge when a minister has to answer questions in the Danish Parliament.

Among the Danish universities, Aarhus University is the one whose researchers undertake the greatest number of research-based public sector consultancy tasks.