Three-fourths of competitive funding goes to the research elite

Everyone else has to fight over the remaining fourth. This is the conclusion of a new study by the think tank DEA. Maria Theresa Norn, head of analysis at DEA, warns that when funding is concentrated in so few hands, there is a risk of diminished diversity in research.

The think tank DEA has just published the first study to map the concentration of research funding in Denmark.

The researchers behind the report have examined the distribution of competitive research funding in the period 2004-2016. About 7,500 researchers received funding in this period. But the amount of funding received by the individual researchers varied wildly: over half only received a single grant, while the most successful applicants were awarded up to 30 grants each.

And the most successful researchers not only received the most grants – they also got the most money by far. If we look at the top 20 percent of researchers, they account for no less than three-fourths of the total amount of money granted in the period in question. In other words, the remaining 80 percent of researchers who were awarded a grant had to settle for a slice of the remaining one-fourth of the competitive funding awarded.

“It’s a significant concentration of research funding in relatively few hands,” concludes Maria Theresa Norn, who is head of analysis at DEA.

“It’s about how we organize our research system in the best possible way to the benefit of all.” 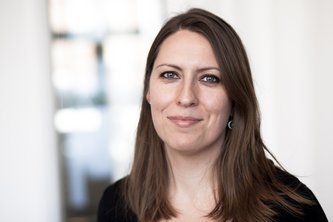 At the expense of diversity

Norn stresses that the money individual researchers brings home doesn’t solely benefit the researchers themselves. It also finances the colleagues the researcher works with: for example, grant money is spent on hiring postdocs to work on a research project.

FACTS: The first time the concentration of research funding has been mapped in Denmark.

But according to Norn, the consequences of concentrating these funds in few hands are worth discussing nonetheless. Because even though the large grants also benefit the grant recipient’s colleagues as well, there is still a tendency for money to gravitate to well-established research groups with a focus on particular research questions and approaches.

“So of course, the major concern is when this concentration starts to become a problem for research diversity,” Norn notes. She explains that cultivating the ‘growth layer’ of less established research talents is also an important consideration:

“This is where we’ve been able to see the greatest breakthroughs in the history of science. Breakthroughs that happen when less established researchers examine the research agenda with fresh eyes and new approaches that may be controversial in relation to the research establishment.”

The big grants go to the safe bets

The report shows that the growth layer Norn refers to is often passed over when the large, prestigious grants are awarded.

The researchers behind the report have taken a closer look at the 19 researchers who have received a large, prestigious grant over the past two years – grants to establish basic research centres or an ERC Advanced Grant. On average, these recipients have a 25-year research career behind them. In other words, these types of large grants go to the established names in the world of research.

“It appears to be difficult for less established researchers with potentially groundbreaking ideas to achieve these types of grants, which are otherwise often associated with a willingness to take risks,” note the researchers behind the report.

To address this imbalance, according to the Norn, the possibility of earmarking some of this research funding to emergent research should be considered.

Head of analysis Maria Theresa Norn believes that the concentration of research funds in few hands takes place for a number of reasons. First, she explains that there is an built-in mechanism in the research fund allocation system that means that researchers who already have a lot of resources often have an easier time of getting even more. Some of the factors that contribute to this tendency are the recognition these researchers have achieved and the good networks they have developed over the years. Second, Norn sees an increasing tendency among foundations towards giving large grants.

“And it’s also due to the fact that the funds aren’t distributed in one place, but are awarded by a range of different foundations and organs, so how they’re distributed is the result of a lot of decisions made in many different places. While these decisions may be sensible taken in isolation, even good decisions at the micro level can be problematic taken as a whole if we look at the big picture,” she concludes.

In this context, it can be difficult to identify a solution that would counteract the tendency to concentration, because this would mean that a lot of different stakeholders with different agendas would have to agree that changing the current system of grant distribution would be a good idea.

Norn emphasizes that DEA’s intention is not pass judgement on whether or not the concentration of resources is negative or positive. Rather, the objective of the report is to provide a scientific basis for a dialogue on the distribution of competitive funding.

THEME: Omnibus is investigating who finances research in Denmark.

“It’s about how we organize our research system in the best possible way to the benefit of all.”

The system has to be rethought

“A research funding institution in the United States has proposed a ceiling on how much money a researcher can receive within a specific period. Others suggest taking all qualified applications and drawing lots to get around the mechanisms that lead to funding being given to the established names. However, both proposals are controversial.”

Still others have advocated anonymizing the applicants for research grants in order to prevent bias. And Norn has a proposal as well:

“We might also consider giving money to individuals or research groups over a span of years instead of for projects, which is done to a high degree today. That would get us away from the idea that you give a bag of money to a specific project and then measure what came out of it three years later.”

BONUS INFO: The humanities and social sciences have to settle for crumbs

The humanities and social sciences account for 27 percent of public sector spending on research and teaching, including FTEs. But these two areas only receive 6 percent of the total amount of public research grants.

According to Maria Theresa Norn, head of analysis at the think tank DEA, this is not in itself remarkable:

“We know that the ‘hard’ academic disciplines (engineering, natural and health sciences, ed.) use more materials and laboratories, that they have a tradition for working in teams, and that more positions in these areas are dependent on external funding.”

In addition, there are fewer grants available in the humanities and social sciences.

“But,” says Norn, “it’s worth noting that the distribution is so unequal. But on the basis of the report, we can’t say whether it’s inappropriate.” 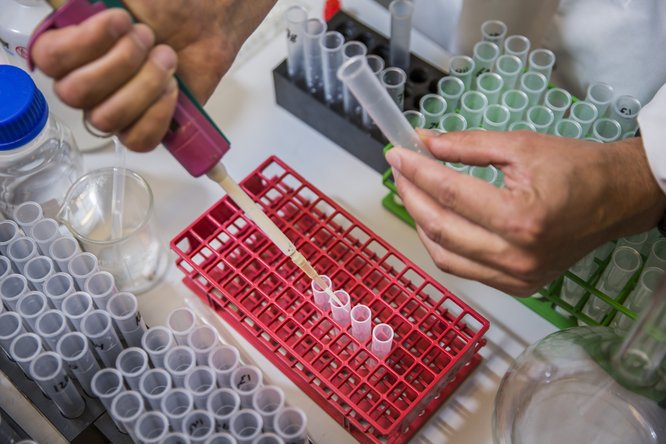 While some cups are brimming over, others get only a few drops. The social sciences and humanities account for just 6% of competitive funding altogether. Photo: Anders Trærup, AU Communication.

BONUS INFO: Women get (a little) too little

However, according to Maria Theresa Norn, head of analysis at the think tank DEA, this must be understood in light of the gender distribution in engineering and the sciences, where the majority of grants go.

“There are more men on staff and more men in senior positions. And established researchers have an easier time of attracting funding.”

This may be part of the explanation for why women receive disproportionately less research funding.

“Nevertheless, it’s noteworthy that while there are 40 percent women measured in terms of FTEs, they only get 22 percent of the available grant money. On the present basis, we can’t say whether this is problematic. But it is an issue to pay attention to,” Norn says.

Things look better for women at the very top of the heap of grant recipients: Of the 19 researchers who have received one of the most prestigious grants over the past two year, seven are women, corresponding to 37 percent.

FACTS: The foundations analysed in the report