The international students who visited the Omnibus stand at this year's study fair have passed judgment on Danes. We’re friendly and good looking - -and some of the students are even here because of all the lovely boys and girls.

The students who took part in the international study fair were asked what they thought about Danes. They were given a pen and the chance to tick a number of possible answers. This produced the following (unscientific) statistics: 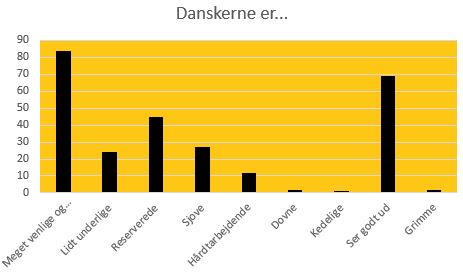 The clear first place with 84 votes goes to Danes being "very friendly and helpful." However, roughly half of these also point to Danes being reserved – despite their friendliness.

Here to look at lovely boys and girls

Second place in characteristics goes to the "good-looking" category, which no less than 69 per cent have ticked. A couple of students have also commented that they came to Denmark because of the "hot boys" and "hot girls" – though our educational system was more often highlighted as the reason for choosing Denmark rather than other countries.

Only 12 students described Danes as hard-working. "Lazy", "ugly" and "boring" (fortunately) get only 1-2 votes each, while the middle group includes 27 votes for "fun" and 24 for "a bit weird". A couple have added that Danes have great style – and one that Danes are drunk. 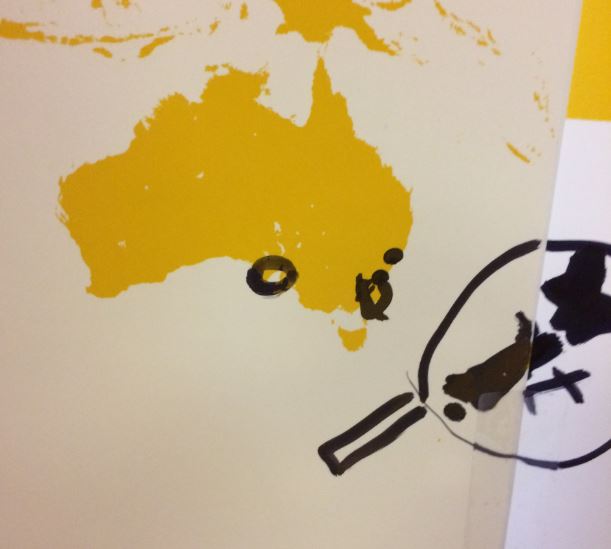 Due to a lack of space, New Zealand was left out of the world map. Two visitors from New Zealand quickly changed that with a drawing of the island – though more or less twice as big as it should have been, so a magnifying glass had to be drawn around it to justify the proportions. They did admit that the drawing may reflect a "little brother complex' towards Australia. Photo: Miriam Brems.