Aarhus Municipality will give cyclists priority in the University Park. AU finds the decision positive, but encourages the municipality to improve traffic conditions at the same time for several traffic junctions around AU’s campus in Aarhus which are used daily by the university's students and employees.

"We presented a proposal for turning the roads in the University Park into cycling roads, as cyclists and pedestrians clearly outnumber motorists in the park," writes Anne Vinter, who is an engineer in Aarhus Municipality's Department of Urban Development and Mobility, in an email to Omnibus.

Mejlgade is a cycling road

In a cycling road, the roadway is mainly for cyclists, though motorists are free to use it; however, they must adapt to the cyclists and adjust their driving to the speed of the cyclists. One example is Mejlgade in Aarhus which has been converted into a cycling road.

The background for this proposal is that a 20-year-old female students lost her life in a traffic accident in the University Park in 2015. Back then the university asked the municipality to review traffic safety, as the roads in the park are the responsibility of the municipality. Since then, the municipality has carried out several different studies of traffic conditions and motorists in the park.

"At the moment, the proposals are being drawn-up, following which they must be submitted to the East Jutland Police. However, they have already indicated that they would be favourably disposed towards the feasibility study," writes Vinter.

Anders Kragh Moestrup, who is emergency coordinator at AU, participated in the meeting with the municipality and says that AU is positive about the proposal for turning the roads in the University Park into cycling roads.

"It makes good sense. But we have also spotted other dangerous locations outside the University Park which we encourage the municipality to look at."

Proposal: pedestrian bridge in the intersection

Moestrup explains that he is referring to the intersection of Nørrebrogade and Nordre Ringgade, where a 27-year-old female student lost her life on 29 August in an accident with a lorry that was making a right turn.

"We see dangerous situations in the intersection on a daily basis. We propose building a pedestrian bridge like the rainbow at ARoS so that pedestrians don’t have to cross the traffic lanes on foot."

AU would also like to get the municipality to look at the conditions at the intersection where Fredrik Nielsens Vej and Katrinebjergvej meet Langelandsgade. As well as the Ringgaden and Eugen Warmings Vej, where many students cross Ringgaden every day to get from AU's buildings on Fuglesangs Allé to lectures in the buildings in the University Park (see the fact box below, ed.).

The municipality: We are working on it

Vinter explains that the municipality is aware of the traffic-related challenges in the above-mentioned intersections and that the municipality has already carried out various improvements at the junction between Langelandsgade, Katrinebjergvej and Fredrik Nielsens Vej. These include an extended traffic island, a blue-painted cycle lane along Langelandsgade and the cutting back of trees to enhance visibility for motorists.

"We carry out ongoing assessments of the traffic and evaluate the effect of the planned measures, so the intersection remains a focal point. Most recently we have been working on a solution that will limit traffic on Langelandsgade in connection with a new traffic plan for the city centre. This solution is expected to have a positive impact on traffic in this intersection," writes Vinter.

Waiting for the Light Rail to start running

At Vestre Ringgade at Eugen Warmings Vej, the municipality proposes re-establishing the vegetation in the central reserve so that pedestrians and cyclists are led to cross the Ringgade at the intersection with Viborgvej.

And when it comes to the intersection of Nørrebrogade and Nordre Ringgade, Vinter writes:

"The intersection is being altered in connection with the start of the light rail. So, we have agreed with AU that we will observe behaviour with the present design of the intersection and discusses any problems at the end of 2017."

At the meeting between AU and Aarhus Municipality, it was agreed to continue the collaboration between the university and the municipality and to regularly discuss traffic-related issues in Aarhus.

Aarhus University encourages the municipality to improve traffic safety in these intersections: 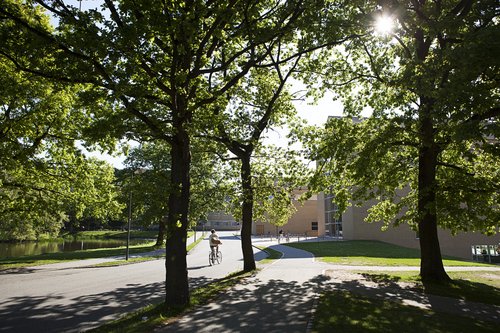 The intersection: Nørrebrogade and Nordre Ringgade: 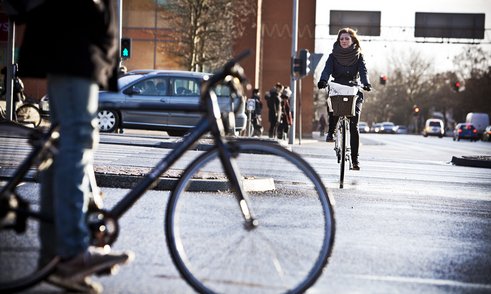 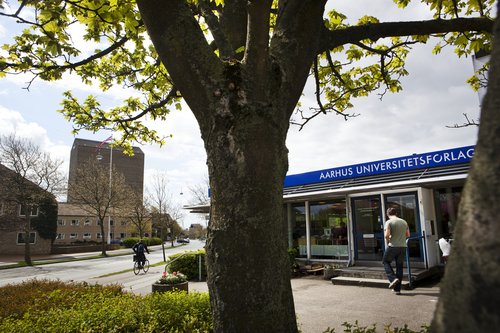 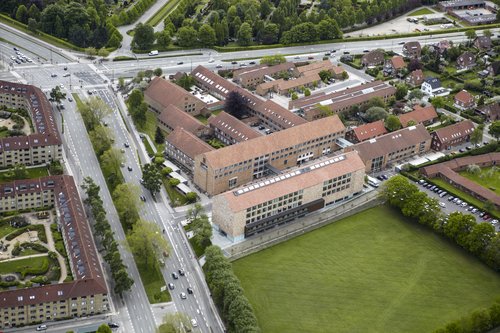 The article was published 2017.10.05. Translated by Peter Lambourne.