According to the number of reports to student counsellors, students at Aarhus University were subjected to a total of 27 incidents of harassment, offensive conduct or violence in 2021. And some incidents may have gone unreported, says Pro-rector Berit Eika. A working group at the university will investigate how these reports are dealt with.

Much of 2021 was dominated by Coronavirus, which meant that students spent fewer days on campus than usual. But this did not prevent incidents in which students felt subjected to harassment, bullying, discrimination or violence in their student life.

According to figures from AU, students reported 27 such incidents to student counsellors.

12 of these reports were made at Arts, 8 at Aarhus BSS, 6 at Nat-Tech and one at Health. In 2020 – when Coronavirus first appeared – there were a total of 23 reports, but this figure was higher the year before, when 38 reports were made.

The figures may be relatively low compared with the number of students at AU, but, as the "Zero tolerance" section of the Aarhus University website claims: "one case is too many".

The current number of reports is "far from what we think is acceptable", says Pro-rector Berit Eika.

"I regret to confirm that there are still problems with violence, bullying and harassment which result in cases of such behaviour being reported, and it is our job to focus more on the situation and, in doing so, help keep the number of cases as low as possible," she says.

"I sometimes doubt whether it will be possible to eradicate this type of behaviour completely. But it is my sincere hope that the awareness crated by the MeToo movement will make more people reflect on the proper way to behave," says Berit Eika.

Number of reports in 2021 (compiled by AU Student Administration and Services).

In addition to the Student Counsellors’ Office, students are able to report cases of offensive conduct to the Student Council’s legal aid service, the student telephone helpline, and the university chaplain, but it has not been possible to obtain statistics from these bodies.

Those who receive such reports have a duty of confidentiality to the student, and, for this reason, Berit Eika also has no knowledge of the content of the cases. Neither does she know whether any of the cases have been reported to the police.

"In response to the question of whether the police have been involved, I can only say that we will not hesitate to report cases to the police if we believe that the law has been broken", she says.

In the last student environment survey, conducted in 2020, it was clear that the vast majority of incidents took place between students and outside a teaching context.

For example, out of the 11,133 respondents, 101 students claimed they had experienced unwanted sexual attention on a daily, weekly or monthly basis, but most of these students experienced this attention in "other contexts relevant to their studies".

Working group to investigate how reports are dealt with

The senior management team has set up a working group to investigate how AU handles reports of offensive conduct, harassment, bullying and violence, and whether the students know whom to contact if they are subjected to such behaviour. Among its members are two students.

Berit Eika claims that the final goal is to stem all offensive conduct, violence, bullying and harassment, even if this seems unrealistic.

"Yes, our goal is of course to prevent it. The figures are fairly stable and, in fact, relatively low. Right now, we are interested in testing our system and ensuring that everybody knows whom to contact in order to seek help and that we handle cases in a professional, respectful and confidential manner."

"The figures may not necessarily reflect the number of actual cases. Some cases may go unreported," says Berit Eika.

The university is also focusing on how new students are introduced to student life. There is a lot to be gained when it comes to creating a good and inclusive student life, thinks Pro-rector Berit Eika.

"We are focusing on the semester start in particular, when the older students take on the huge task of introducing new students to university life. As part of this introduction, older students should also explain to new students what characterises a good student life and how to study and socialise together in a way that allows for difference. With this in mind, we have worked with student advisers, who, among other things, are trained in how to deal with challenges, prevent inappropriate behaviour, and refer people to the right services," says Berit Eika. 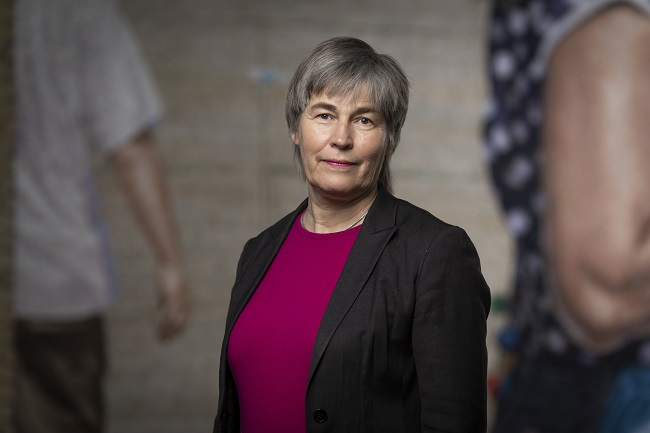 Student Council does not receive many reports

"We don’t receive specific reports about it – we only hear rumours," says Marie Dall.

For many years, the Student Council has wanted to employ student ambassadors, similar to those at the University of Copenhagen. Student ambassadors are independent of the university and offer legal guidance to students in cases.

But this is still a long way off, says Maire Dall.

"We have raised the issue on several occasions every few years, but it has always been a no. Let’s just say that we won’t stop bringing it up."

"Employing a student ambassador is one of our most important goals. It would ensure that students who fall between two stools know whom to contact in order to get the right help and guidance. The individual student has concerns about reporting a case: What will happen if I report it? Will my name be made public? And what if I have to report it to someone I know?" says Marie Dall.

The number of initial reports was not recorded, and it is therefore difficult to compare the figures from the two universities. But, as UCPH points out, we should assume that the number of reports was higher than final cases.

For example, figures from 2020 showed that students contacted the student ambassador 53 times about inappropriate behaviour from teachers. However, in 2020, the university’s HR department did not deal with any cases of sexual harassment by employees.

At AU, Finn Borchsenius, vice-dean for education at Tech – which, together with Nat, received six reports of offensive conduct in 2021 – explains that many cases are difficult to navigate.

"Cases in which students complain about fellow students, for example, regarding something sexual or regarding threatening behaviour, are particularly difficult. The offender and the person offended often have very different perceptions of the incident. In fact, the offender may not view the incident as offensive conduct at all. There can also be things that take place outside our auspices, late in the evening after a party, for example," says Finn Borchsenius.

When a student reports an incident, they have a confidential interview with a counsellor. The counsellor registers whether the complaint concerns a fellow student or a member of staff, but no other information is recorded.

The student decides whether AU should take the matter further. If they decide that AU should pursue the case, there are fixed procedures for how the case is handled. A second interview is conducted, during which notes are taken, and the student and AU agree on the next course of action, which the student must ultimately approve. At this point, the other party is also consulted.

In cases that involve a teacher, the relevant manager can discuss the issue with the teacher, after which the case is transferred to the HR department.

"We cannot act without hearing everyone’s views on the case. Depending on the case, we can issue disciplinary measures. These can include disciplinary meetings or warnings, but other, more serious measures can also be considered," says Finn Borchsenius.

At Aarhus BSS, which dealt with eight cases of offensive conduct last year, head of department Stina Lykkebye Tylén remarks that the number of cases is low but that each case it taken seriously.

"Eight reports of offensive conduct is obvious eight too many. We take each case extremely seriously and act on each one. But it is still a small number compared with the almost 10,000 counselling enquiries we received at Aarhus BSS alone in 2021", she writes in her written response.