After three days’ work, five AU students have today completed the assembly of the Delphini-1 satellite, which will be launched into space next year. We visited the students in the workshop where the satellite was assembled.

"Getting the chance to work with space travel and space research is a bit of a boyhood dream for me," says Andreas Kjær Dideriksen.

Normally he is busy writing his Master's thesis in astronomy, but he has spent the last three days in a full protective coverall in the special clean room where he and four other students are in the process of assembling the Delphini-1 space satellite. The satellite is part of AU's new space programme and will be launched into space next year. 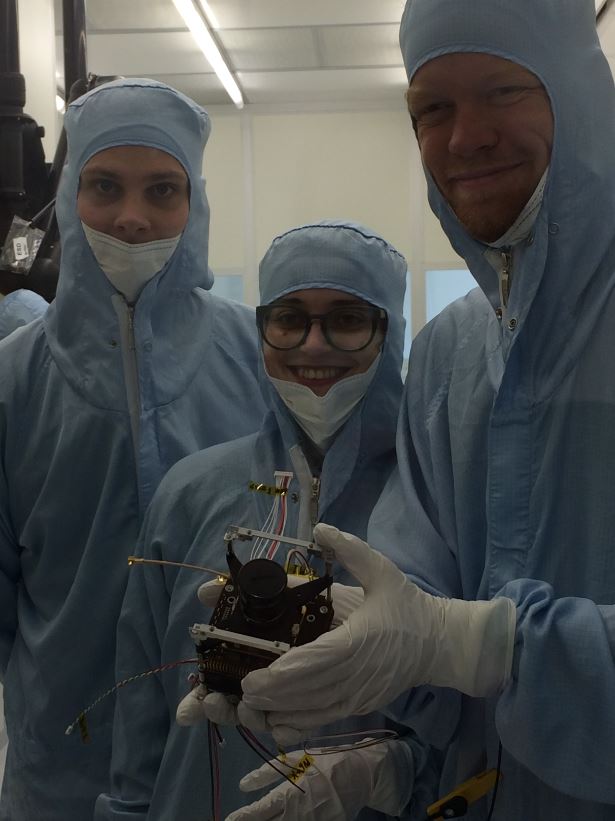 Once the satellite is completed, it will be used to collect research data in space, but initially this will not be the primary aim of the mission.

"The primary aim of the mission is to investigate whether we can actually set-up a mission and whether it’s possible to use a satellite like this in research projects. So in a way it’s a learning mission which needs to prove that the concept works," explains Project Manager Victoria Antoci. 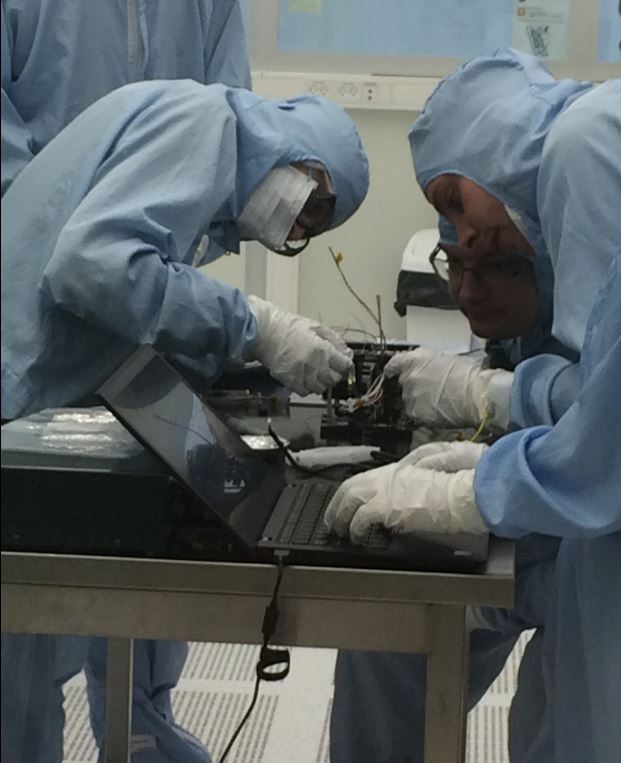 She explains that the students have the chance to influence what the satellite will be used for once it is in space. For example, images from the satellite can be used to examine how the ice on Earth changes over time. Another possibility is to use the satellite's camera to take photos of the same star each time it passes by and use this to measure the star’s light intensity over time. This may give us an idea of how the inner structure of a star looks, which is her own research field. 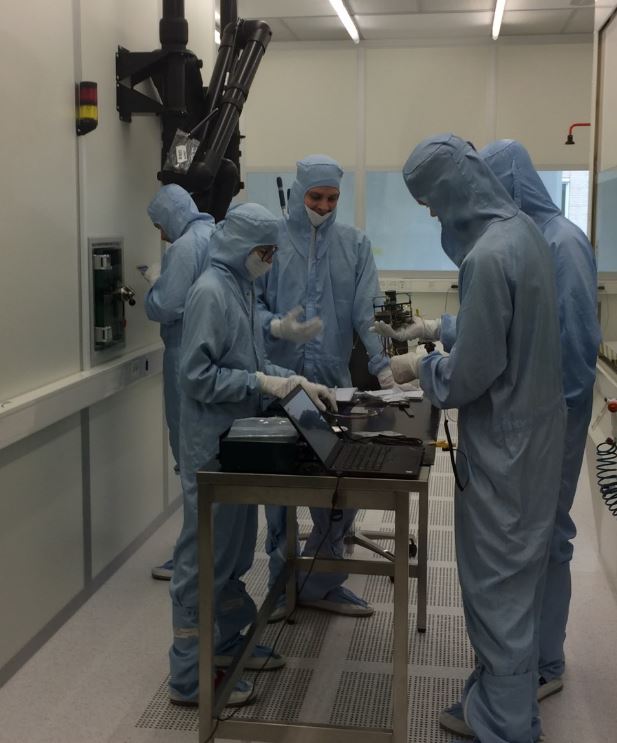 Part of the learning process is also to assemble the satellite in the right way, and there are many safety measures which must be complied with. The clean room where assembly takes place has a special atmosphere in which the amount of dust and other pollutant particles is minimised. Everyone who enters the room must wear a special coverall that covers everything from the soles of their shoes to the tips of their hair. Some of the students even wear masks to ensure that saliva does not enter the room’s atmosphere when they talk and to cover any beards.

"It’s very important that no dust gets onto the satellite's camera lens, because it can ruin the quality of the images it will take in space,” says Antoci.

The strict approach to cleanliness is emphasised by the fact that one of the students, Peter Kongstad, must watch the assembly from outside the clean room as he is in temporary quarantine due to a cold. 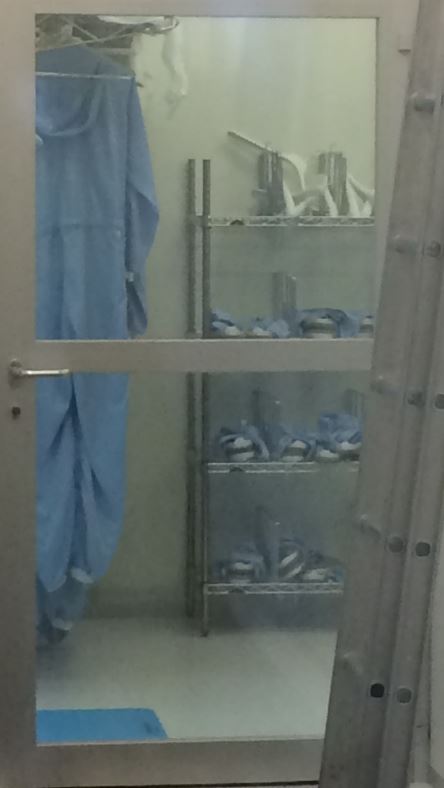 "If the coverall even touches the floor you must change into a new one," explains Antoci, pointing through a glass pane to where we can see the overalls hanging on hangers that are free of contact with both the floor and the walls.

"The students have been given an hour and a half long course on the correct way to put on the safety clothing followed by a ten minute 'exam' on the most important routines." 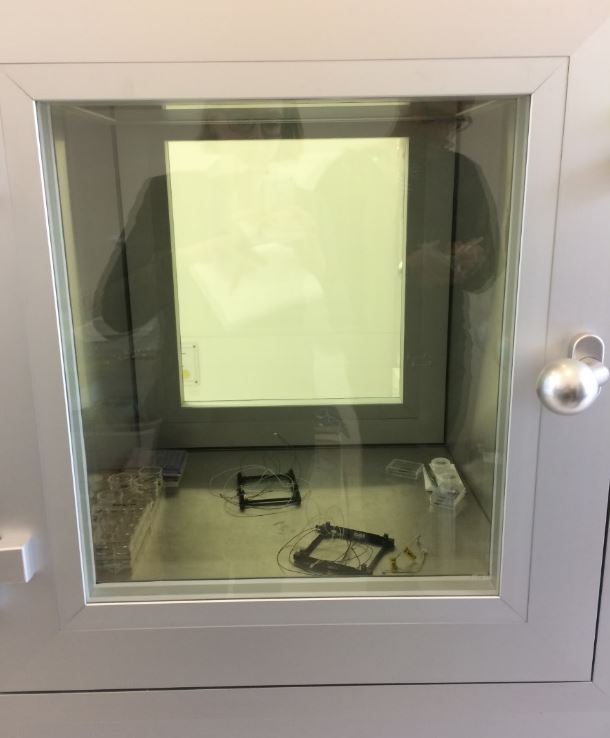 The strict cleanliness rules do not only apply to the people in the room. They also apply to things. The tools being used to assemble the satellite must first be thoroughly cleansed before being placed in a sluice connected to the assembly room. When the students open the sluice from inside the room, the sluice system ensures that dust particles from the air outside are not sucked into the clean room. 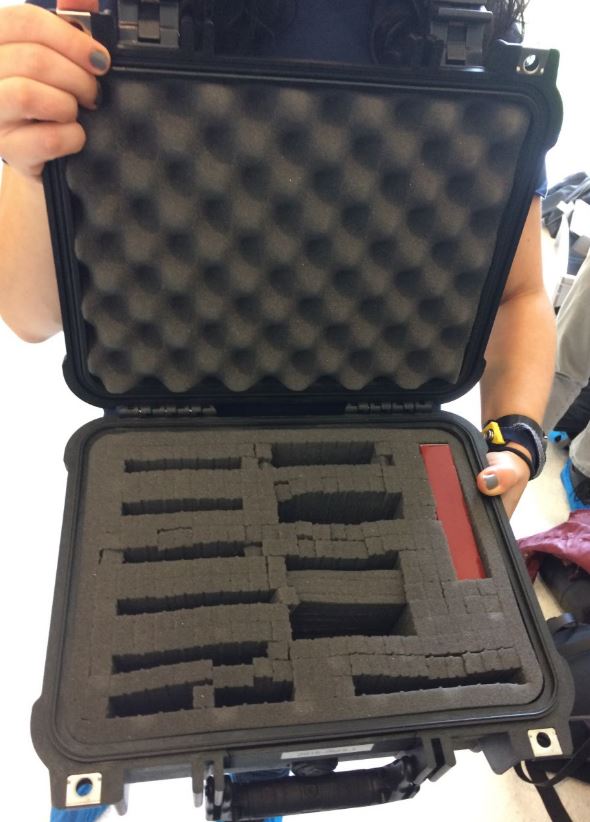 Once the satellite is assembled and thoroughly tested, it will be transported to Houston, USA, in a small black suitcase that will protect the satellite. An honourable duty which all the students would like to be trusted with.

"Everyone wants to be allowed to travel over there with the satellite. We’ve not decided who’ll get the job yet. Perhaps all five of them can go," says Antoci.

For Peter Kongstad, it is not just about having the opportunity to follow the project through to completion. The chance to get acquainted with the American space research is also a factor:

"It’s an opportunity to get involved with the enormous space industry in the US and to get an insight into some of the processes that you would not otherwise get to learn about," he says.

Once the satellite reaches Houston, it will be launched in June or July to the International Space Station (ISS) before being sent into orbit around the Earth from there.

Both Andreas Kjær Dideriksen and Peter Kongstad are pleased to be involved in working on the satellite.

"Getting the chance to be hands on makes it a really great project. At the same time, it’s a good opportunity to apply theory in practice," says Dideriksen. His view is backed up by Kongstad:

"It's completely different from sitting with your head buried in books."

They also say that they are proud to be involved in the project and the responsibilities that follow.

"There aren’t many people in this country who can say that they’ve helped to build a satellite," smiles Kongstad.

Both would like to work with something similar after their studies, and even though their interest in the project is the driving force, both are certain that it will also be beneficial for their future prospects.

"It looks good on your CV and we’re giving ourselves some good job opportunities," says Dideriksen.

He also hopes that the experience they gain from the project can be used in the next AU space missions. 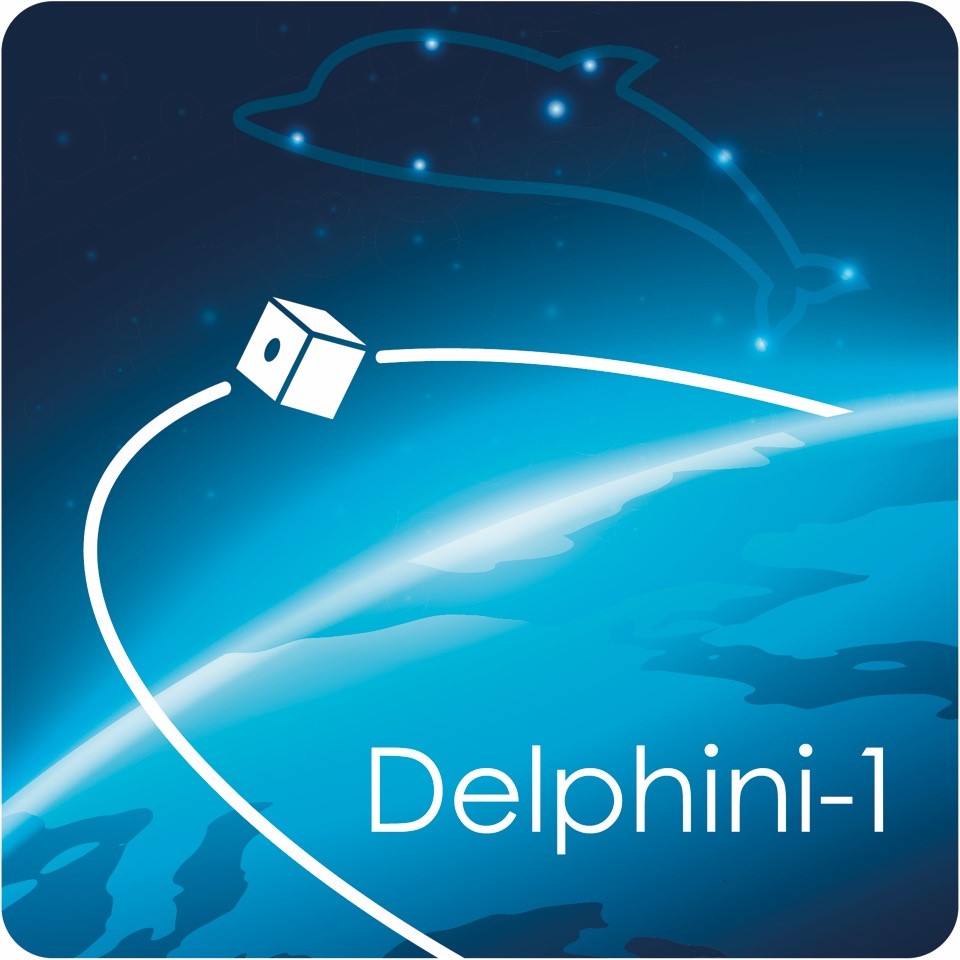 Before I leave, Antoci gives me a small, square sticker with an illustration of Delphini-1, a name that is inspired both by Aarhus University's seal and the zodiac sign Dolphin, which can be seen from Aarhus.

"Once the satellite is completed it will be the size of the sticker," she says and points to the square which only measures around 10 x 10 centimetres.