A number of European universities have one. The University of Copenhagen has one. But not Aarhus University

At the University of Copenhagen, students who feel unjustly treated or need help navigating the jungle of rules can find help and guidance from an independent student ambassador whose job is to safeguard the rights of the students. Since 2013, the ambassador has been contacted by more than 1,000 students. Aarhus University does not have a similar option.

An unfair exam grade, dispensation for a fourth examination attempt or the opportunity to study on a part-time basis. The list of topics that lawyer Tina Kaare has dealt with on behalf of students at the University of Copenhagen is long. As student ambassador at the University of Copenhagen, she is employed to act as an ombudsman for the students, and she mediates and provides the students with independent legal guidance.

"The purpose of the student ambassador is to provide students with an extra and independent function that they can contact anonymously if they find themselves to be wrongly or unfairly treated in their dealings with the university. We never advise a student against making a complaint or entering an appeal. That’s not our job. We look at a case with a legal perspective and provide input on the appropriate way for the students to address it," says Tina Kaare.

There appears to be a great need for guidance, as the student ambassador has received a steadily increasing number of enquiries since the function was established in 2013. This happened in the wake of the Milena Penkowa case, in which a student was falsely accused of theft. 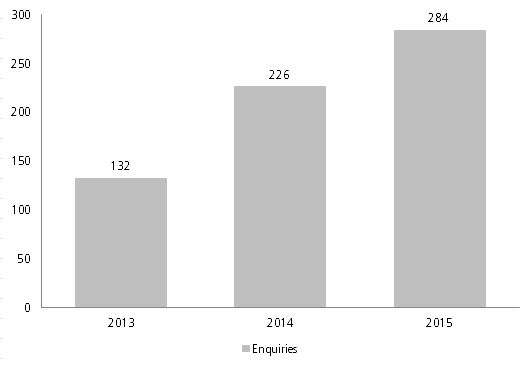 One of the Inquiries from among the thousand plus came from Amalie Bjørnson, a first-year public health science student on the Master's degree programme. She contacted the student ambassador because she had applied for dispensation to study part-time due to dyslexia, but after her application was rejected, she was unsure how to proceed with her case.

Difficult to navigate among the rules

"As a student it can be difficult to navigate among the rules and know what your rights are. You aren’t competent to assess the legal decisions. The student counsellors are nice and want to help you as much as possible, but often they’re students themselves and don’t know the legislation in detail," says Amalie Bjørnson.

READ MORE: Students in a jam: Who is on our side?

The student ambassador helped her prepare an appeal to the university, and even though her appeal was rejected because the university did not believe that her dyslexia was serious enough to warrant a dispensation, she still thinks she benefited from the help she received.

Help to take up the fight

"I learned what my rights were and discovered that they’re lots of students in the same situation as me. Having someone to support me and to take up the fight has been a huge help," says Bjørnson.

In addition to providing advice and guidance to the students, Tina Kaare also spends representing the students and their rights in other ways. She engages in instruction and sparring with relevant employees in the student administration. On the basis of her meetings with the students she makes recommendations to the university about where it can or should tighten up its practice. 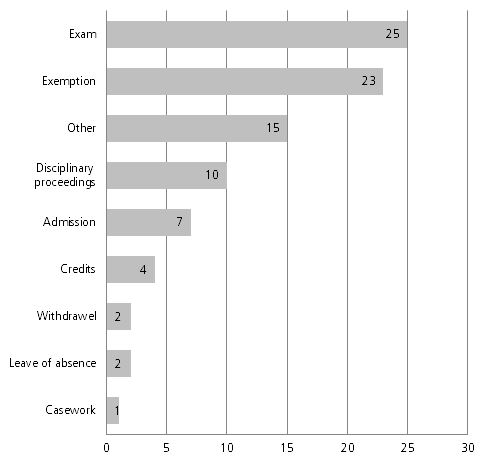 Got a practice changed

"I equip the students to manage a case, but if necessary I can also contact the university directly," says the student ambassador.

For example, in 2014 she contacted the board of study at law, because she had been contacted by several students who were unhappy with a transitional arrangement between new and old academic regulations. She pointed out that the arrangement forced students to extend their time to degree by as much as a year, and on the basis of the dialogue that she had with the board of studies, the practice was changed in favour of the students.

Copenhagen is the only Danish university to have a student ambassador employed to provide students with advice and guidance, but Tina Kaare is far from alone. In addition to the USA, Canada and Mexico, many European countries also have student ambassadors, ombudsmen or similar. This is the case in e.g. Germany, Sweden and Norway.

"Norway got a student ombudsman a few months after I started and this is something that is quietly spreading. We have different mandates, but basically our roles are the same. We are somewhere where students can come and get help," says Kaare.

A recurrent discussion at AU

The wish for an independent institution able to safeguard the interests of the students has been discussed at AU on several occasions. In 2007 the university decided to appoint its own ombudsman. The Student Council initially favoured the idea, but later changed its position because it did not believe that an ombudsman employed by the university could be impartial. The position was therefore not implemented, but the following year then rector Lauritz B. Holm-Nielsen together with the Student Council and others contacted Helge Sander (Denmark’s Liberal Party), who was at that time the Minister for Science, Technology and Innovation. They wished to create a national ombudsman for all of Denmark’s students, but the minister and a political majority in the Danish Folketing rejected the proposal.

In 2011, the Student Council again warmed to the idea of a student ombudsman, but the wish was this time halted by Mette Thunø, at the time the dean with responsibility for cross-faculty education. She referred to the fact that students could get student guidance and help to make complaints and appeals from the Student Counselling Office.

Now the debate has once again been reopened. The Student Council held a meeting with Pro-Rector Berit Eika last Tuesday, at which the executive committee presented a new proposal for a student ambassador at AU. Both the pro-rector and rector Brian Bech Nielsen are considering the proposal and do not currently wish to comment on the Student Council's proposal.