GUIDE: Meeting Denmark and the Danes: Good at English – and hard to get to know?

Denmark’s well-organized society and free education are attractive. But it’s hard to crack the code of the language, the weather is chilly – and so are the Danes, at least on the surface. Pro tip from international students: Make the first move, and get a few beers into your Danish classmates – and watch them thaw up. 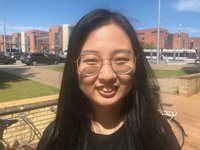 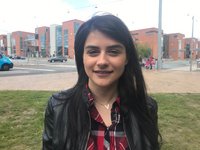 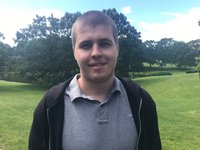 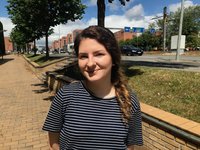 Why did you chose to come to Denmark to study?

Xiaobo: ”There is an exchange programme between Aarhus University and my home university, Xiamen University. I didn’t know much about Denmark when I first got here. But now I like the pace of life, the environment and the people here. That’s why I chose to come back for my Master’s degree. And from my parents’ point of view, it means fewer worries, since it was safe for me as a girl to go to Denmark.”

Kyriaki: ”I knew I wanted to study abroad for my Master’s. I did some research, and with some help from a friend in Denmark, I narrowed it down to AU. It ended up being my only choice – and I got in. AU’s ranking and the fact that the education is free in Denmark also played a big role.”

Martin: “I wanted to study abroad; I’ve had enough of the Hungarian educational system, which is all about memorizing, not learning stuff. In Denmark you actually apply what you learn. I also knew I wanted to study in English. The free education is a big plus as well – the weather on the other hand is not.”

Ariana: ”I have a few acquaintances here and I like Denmark in general. I’m drawn to how organized and precise Denmark is; I feel like I belong here. And of course, it’s a plus that education is free.”

What has been the biggest challenge moving to Denmark?

Xiaobo: ”The different culture and the language. Luckily most Danes are fluent in English. But many signs are in Danish, and in the supermarket everything is in Danish, so it can be a challenge to find what you need. I once went to Bilka to get detergent, but was confused whether it was in fact detergent or toilet cleaner. I had to ask an old lady who helped me, although her English was not too good.”

Kyriaki: “The weather, haha! No, I would say being alone and away from home is the biggest challenge. You need to figure out how to settle in a new country. You are out of your comfort zone and it can be a bit awkward, and I have had days where I just wanted to go back to Greece. But it gets better day by day. I’m not feeling at home yet, but now I’m really happy to be here.”

Martin: “Figuring out general and practical things like how to pay bills, how to select an energy provider and how to find good accommodation before you arrive. Plus, knowing nothing about which areas to go after and what prices are reasonable can be challenging too.”

Ariana: ”Finding a student job. I haven't had a job before and had no idea even how to get started. It was also quite a challenge to get the hang of all the legal aspects a job implies. Not speaking Danish made it a lot harder to find a job, because employers seem to prioritise applicants who speak Danish. It took me almost 5 months to find a reliable job –unfortunately not a job which relates to my studies, though."

If you could give justy one good piece of advice to yourfellow international students who have just arrived in Denmark and at Aarhus University – what would that be?

Xiaobo: ”Be brave. Don’t be afraid of trying new things. You will gain memories for the rest of your life.”

Kyriaki: “First, choose wisely, especially if you apply for your Master’s. You have to be sure that you select the right direction. Second, be brave. You are far away from home and it is challenging in the beginning, and you will want to go back home. But it gets better.”

Martin: “Learn the language from day one if you want to stay long term and want to find a good job. And buy a raincoat and a bike as soon as you get here. Biking is the best way to get around town.”

Ariana: ”Show up to every possible event to network and mingle. I didn’t do that because I was a bit shy, but you get so many benefits from networking. And it is all about making the most of everything while you are here.”

Is it easy to make Danish friends?

Xiaobo: ”It was hard in the beginning. Danes are cold – or not cold – but shy. But they are nice and friendly when you get to know them. And if you ask for a favor, they love to help you. It is much easier to make friends with Danes when they are drunk; then they are more open. Most of my friends in Denmark are my classmates and fellow international students. It is easier to become friends with other internationals, because we don’t speak Danish and we are experiencing a totally different new life here.”

Martin: “Yes, Danes are quite open-minded to internationals. But it is easier to get international friends because you are in the same environment and share the same experiences.”

Ariana: ”Yes, I would say it is easy if you know how to approach the Danes. You must not be too much or too pushy; you need to create a bond. And it makes it easier after the Danes have had two or three beers.”

Share your best advice on how to make friends with the Danes.

Xiaobo: “Be easygoing and social. But don’t act creepy and don’t ask any rude questions.”

Martin: “Go out for a few drinks.”

What has surprised you the most about Danish culture?

Xiaobo: ”Now I’m used to it, but I was surprised that drinking is such a big thing in Danish culture. Kids don’t drink a lot in China. However, it is pretty hyggeligt to get a beer or two after the exams.”

Kyriaki: “All Danes speak great English. and I was also surprised how organized everything is – transportation, cities and shops; I really like it. And I like the cities and the landscape – it seriously looks like something from a Disney fairytale. It’s like living in an old country but at the same time in the future with the high levels of organisation.”

Martin: “Almost all Danes speak very good English. My first week here, I got lost and asked a 70+ year-old lady for help and she spoke English at such a high level. Also, Danes are very chill and laid back; they don’t stress and don’t take anything too seriously – sometimes this can be frustrating too though, when you’re doing group work and I feel like we should get some work done.”

Ariana: ”Danes like to keep their personal space as if they were surrounded by a bubble. Romanians are all over the place, and we are loud people. Also, I was surprised by the level of trust Danes show other people. Danes take your word for it and see the best in people.”

What is good to know about the Danes and Danish culture as a newly arrived international student?

Xiaobo: “Danes are really kindhearted, but you have to make the first move.”

Kyriaki: “Danes are really helpful, but you need to ask for help. And another thing: Danes don’t like noise. For instance, if you go out as a group at a café, people don’t like that you draw attention to yourself by making a lot of noise. Everything is so quiet here- people are so calm, and I like that. A last thing: Prepare for the weather: bring your warmest jacket and buy a bike.”

Martin: “Like I said before, all Danes are quite good at English, even older people. It is good to know this so you don’t shy away from asking people for help.”

Ariana: “Remember that the Danes like to keep a distance. It’s not that they are not interested in you, they just like some personal space. But once you know a person well, it is much easier.”

Do you take Danish classes?

Tusind tak: A thousand thanks

Mange tak: Many thanks

Hygge: Usually translated ‘cosiness’. Conveys a sense of the warmth and well-being you feel when you’re with other people whose company you enjoy in an informal but pleasant and well-organized social setting. Coffee and cake with your best friend or your family can be hyggelig, but so can a party with lots of drinks and dancing. Hygge also has an aesthetic dimension, because Danes are very preoccupied with how interior design affects people’s mood. (Which make sense, considering how much time they are forced to spend indoors by the weather and the long dark winter.) It’s very important for homes, cafés, restaurants and shops to be ‘hyggelige’.

Xiaobo: “I used to take Danish classes two times a week at Lær Dansk, but I don’t anymore. It is pretty hard for me to learn; I think it is much easier for my German friends. Especially the pronunciation is very hard for me, and Danes speak really fast and cut off the endings of the words, so it sounds different in real life from what I learned at the language classes.”

Kyriaki: “Not yet, but I want to. I think it is a big chance to learn a new language.”

Ariana: “I used to study Danish twice a week for about a year. But really there is no better way to learn the language than just talking. And when you live in a dorm it is easy to pick up a lot from just listening to other people talking. So now I mostly teach myself the language by talking and listening to Danish.”

What Danish words are a must to learn?

Kyriaki: “Danes speak so good English you actually don’t have to learn Danish.”

Martin: “Hygge! The word that best describes the Danish mentality.”