Hey! What about that meadow in the University Park?

Last May, Anders S. Barfod, an associate professor of botany at AU, requested permission to create a meadow outside the classrooms where he teaches his students how to identify plant species. Almost a year later, he’s still waiting for an answer. But he still hasn’t given up hope that this seed might sprout.

“Would it be possible to establish a wildflower meadow right outside the classrooms in the basement of building 1540 where I teach plant identification in the spring?”

Anders Barfod, associate professor of botany at the Department of Bioscience, sent this request in May 2017 to Bent Lorenzen, head of building services at Science and Technology (ST). That same day, Lorenzen informed Barfod that he would “send it onward in the system”. Since then, Barfod hasn’t heard a word from anyone, and so he still doesn’t know whether he’ll be allowed to sow a patch of wildflowers in the University Park, to the benefit of his 150 students.

“I think it was a good proposal and I certainly expected a that there would be a dialogue. I had done a thorough job of preparing the proposal, and I was a bit irate about not hearing anything from them,” remembers Barfod. 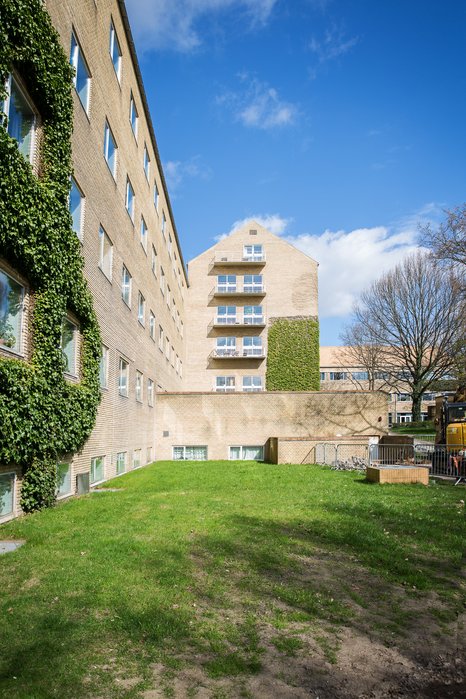 This spot is on the north side of building 1540 in the University Park. Anders Barfod’s students learn plant identification in the classrooms in the basement, and so Barfod would like them to be able to see the wild plants they’re learning to identify right outside.

Lorenzen, head of building services at Science and Technology, confirms that he received a mail from the associate professor in May, but because he’s against the idea of a meadow next to building 1540, he decided that Barfod shouldn’t be given permission to carry out his plan.

“There’s extensive excavation going on in connection with construction projects on that part of campus. What’s more, students throw a lot of parties in this area, and there’s a lot of foot traffic there every day, so it won’t be possible to establish a meadow on this spot for the next couple of years. We don’t intend to establish one at a later date either, because the spot isn’t suitable on account of all the foot traffic,” explains Lorenzen.

“So if Anders Barfod wants a meadow, he will have to find a different place for it. But I think he’s going to have a hard time making this happen.” 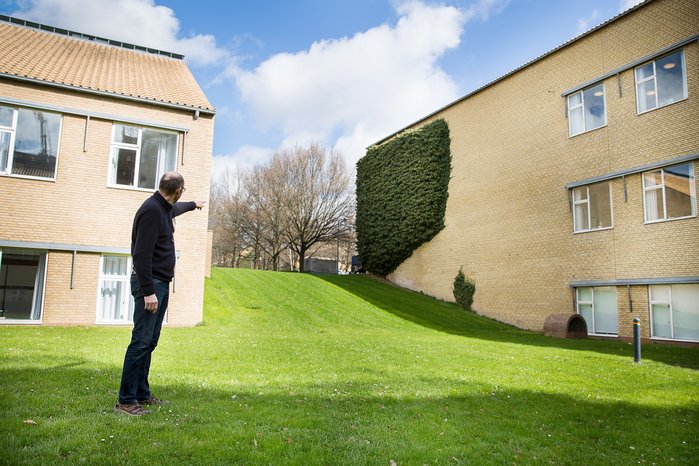 Barfod points to the slope next to building 1135 as another good place to slip some wild flowers loose, for the enjoyment of botany students and passersby.

Lorenzen explains that after he made the decision not to let Barfod have his meadow last May, he discussed the matter with Eigil Jensen, who is both head of building services at Aarhus BSS and has overall responsibility for the University Park.

Let’s take a walk in the park

Although Jensen doesn’t remember that discussion, he is open to Barfod’s proposal to establish a wildflower meadow in the park, and he regrets that Barfod didn’t contact ham directly a long time ago.

“So I suggest that Anders Barfod get in touch with me. Off the cuff, I can’t promise that he can have a meadow in precisely that spot next to 1540. But we are very open to proposals like this. For example, we have an area with wildflowers next to building 1328 facing Nordre Ringgade – so let’s take a walk in the University Park together and figure something out,” says Jensen.

Lorenzen finds this change of position in relation to wildflowers on campus somewhat surprising, and notes that a number of similar proposals have been turned down. Most recently when the Museum of Natural History wanted to do something similar in 2015.

“But if they can figure out something together, that does sound exciting,” concludes Lorenzen.

Patches of wildflowers – and campus 2.0

Barfod is pleased about Jensen’s offer to find a spot for a wildflower meadow in the University Park.

“I’m looking forward to finding one or more spots, together with Eigil Jensen, where wildflowers can be planted which will benefit us in our plant identification classes. But which will also benefit the many people who use the park – I’m sure the sight of patches of wildflowers will put them in a good mood.”

Botanist Barfod dreams of introducing a much higher degree of diversity into the University Park in connection with Campus 2.0, for which plans are currently beginning to take shape. 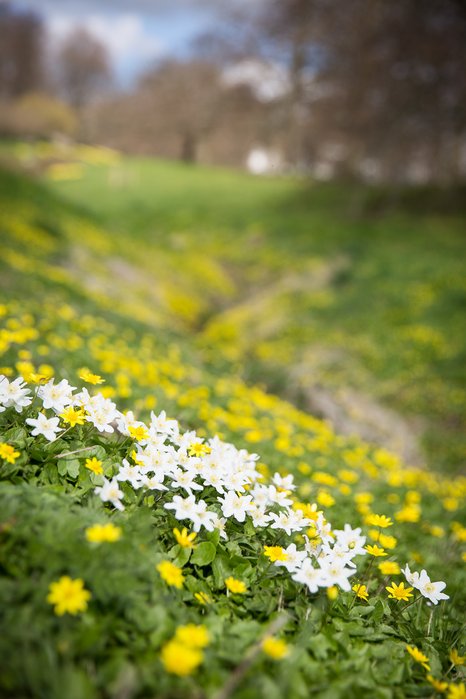