Yes to private bathrooms – or just to attractive on-campus housing?

The controversial renovation of Residence Hall 1, AU’s oldest residence hall, is now complete. Almost all 59 rooms have been rented out, but none of the original residents have elected to move back in, and only two of the residents of the University Park residence halls have wanted to relocate to the new rooms with private bathrooms.

READ MORE: Students: No thanks to own toilet and bathroom in the halls of residence

But the residents’ protests were to no avail. The original residents were rehoused in other residence halls in the University Park, and the carpenters and plumbers moved in. Now the renovation is complete, and on 1 May, the corridors and communal kitchens of Residence Hall 1 will again be filled with the voices of students.

The original residents don’t want to come back 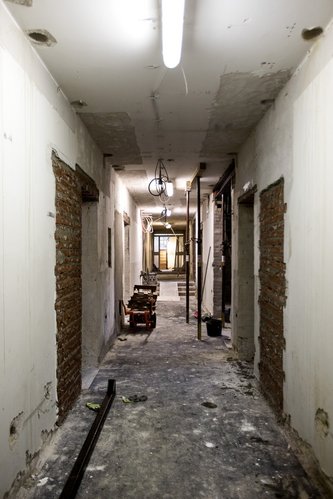 “We haven’t gotten a lot of internal applicants. The students from Residence Hall 1 who were rehoused during the renovation were not interested in moving back. There can be a number of reasons for this. Some of them have graduated in the meantime, and others only have six months or so left of their degree programmes and don’t want to deal with the bother of moving,” she explains.

But the residents of the other University Park residence halls haven’t demonstrated massive interest in the new rooms either. Only two of them have applied for a room in Residence Hall 1, Andersen says.

This means that 57 of the 59 residents of the new rooms are students who are moving onto the University Park for the first time.

“But we have noted that there has been considerable interest in rooms with private bathrooms. And this is very much in line with our concept for the entire renovation: to update the residence halls so that they meet the needs and wishes of future students,” says Andersen.

Jakob Wadsager is the chair of the University Park residents’ council. He doesn’t think that the fact that all of the rooms have been rented out should be interpreted as meaning that the concerns of residents were unfounded – or for that matter as meaning that more students prefer rooms with private bathrooms. 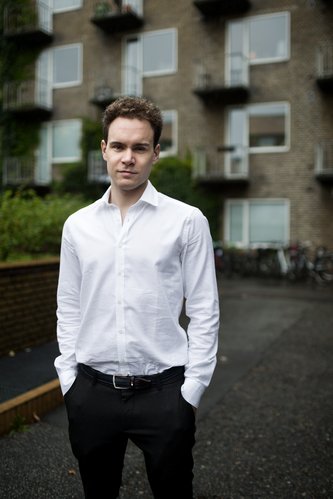 “Not at all. Because you’ll always be able to fill rooms that cost 3000 kroner a month and are located in the middle of the University Park, simply because it’s so attractive,” he says.

Wadsager finds it disturbing that none of the original residents wanted to move back, and that only a few of the residents of other residence halls were interested in moving into the newly renovated rooms in Residence Hall 1.

“Clearly, this shows that residents aren’t willing to pay more for a room with a private bathroom,” he concludes.

The renovation will be evaluated

He points out that it will only be possible to evaluate whether the renovation is a success after the new residents have moved in and have lived in the rooms for some time. For this reason, the residents’ council has also proposed that the renovation be evaluated before the rest of the University Park residence halls are renovated. The residents’ council will submit a draft of the criteria its members think should be included in the evaluation.

“Among other things, we’ll look at how many residents wanted to move back in. And we’ll also look at whether the residents are satisfied with the new rooms,” Wadsager explains.

Andersen confirms that an evaluation will be performed some time in the next year in cooperation with the residents’ council.

“We won’t start considering how the other residence halls are to be renovated until after this – whether we’ll continue in the same style as Residence Hall 1 or take a different approach entirely. We’re taking it one residence halls at a time,” she says.