The smarty, pushy type, the philosophical arty-farty type, the health freak and the nerd

Tell me what you are studying and I’ll tell you who you are. New research from Aarhus University shows that students on the various study programmes actually do exhibit different characteristics. Omnibus has asked students from AU's four faculties to describe one another – for better or for worse.

The typical student at Arts is a lazy and philosophical arty-farty type, while the archetype at BSS is ambitious, pushy and smartly dressed. Everyone at Health lifts weights, and ST is where all the nerds hang out. There is no shortage of prejudices when Omnibus asks students from AU's four faculties to describe one another, to see whether their perceptions are consistent with the conclusions of a new PhD project from Aarhus University.

Anna Vedel’s PhD project maps out personality traits in the academic world and shows which characteristics lead to success in the different subjects. Vedel focuses on the average student and her research shows that the students' characteristics at some of the faculties show large internal differences – with BSS as an example.

For the sake of clarity, Omnibus has chosen to focus on the general characteristics at the four faculties – Arts, BSS, Health and ST – and to carry out it’s own unscientific survey.

The students deliver some pretty sharp stereotypes, but do so with a twinkle in their eye. However, it is still clear that they believe the prevailing characteristics are different from faculty to faculty.
What follows are the off-the-cuff opinions of the following students: Rasmus Bendixen, Michelle Borup and Frauke Nielsen from Marketing and Management Communication, BSS. Line Møller Christensen, Andreas Nørgård, Andreas Lund Mikkelsen, Jesper Moeslund and Jonas Midtgaard Hedelund from the Study of Religion, Arts. Kristina Lindberg Larsen and Andreas Husted from Medicine, Health. And Sofie Hermansen and Simon Melgaard from Physics and Mathematics respectively, ST.

The students at Arts are: Lazy creative types who think deep thoughts 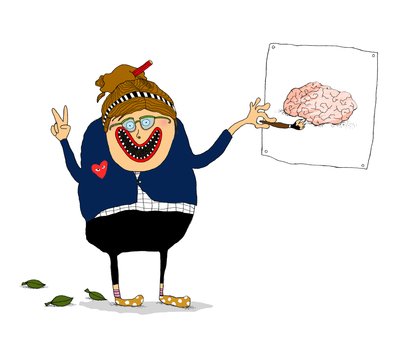 Said at BSS: The students at Arts aren’t afraid to look different. They’re considered and are happy to think deep thoughts that maybe don’t affect others. They have many ideas and are often creative. For example, they paint, play music or write poems.

Said at Health: They wear second-hand clothes and are generally quite chilled. They aren’t so interested in high heels and nail polish. They’re relaxed,open-minded and tolerant. They don’t feel a need to fit into particular boxes and they cultivate their differences in a good way.

Said at ST: The boys are more interested in what they’re wearing than here. They’re a bit lazier. They have fewer lessons and therefore don’t do much work. Their degree programme requires more self-discipline, because they have to read more. They’re friendly and their Friday bars are good. But there is more girly intrigue, probably because they are more girls.

Arts on Arts: People wear wool sweaters and are left wing. Either they look like someone who has just emerged from a forest, or they look like Michel Foucault. People want to appear highbrow and look like they know what’s going on. On the surface people seem very open, but in many ways they’re just as superficial as the others. It’s a bit of an assumed openness, and discussions can end in showing-off that’s all about namedropping intellectuals.

The students at ST are: Nerdy but in a nice way 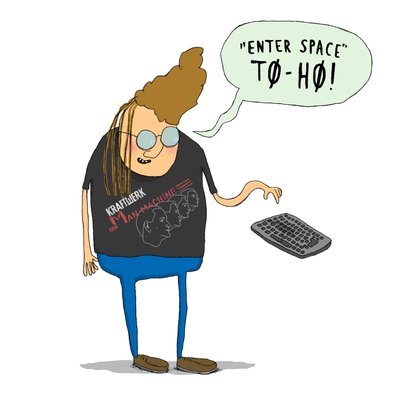 Said at BSS: They can manage data and are very detail-oriented. They’re really devoted to their studies and spend a lot of time studying. They more unconcerned about their appearance and don’t care about wearing the ‘right’ brand.

Said at Arts: They’re logical and rational thinking people who resemble us, but are a bit more nerdy, though not in a negative sense. They think that things can be funny even though they aren’t. Kind of "Ha ha ha". They look like someone who has rolled around in a wardrobe and then left the house immediately. They often have glasses and wear sandals and a t-shirt from some band. And they typically have long hair. Not because of a conscious choice, but because that's the way it is.

Said at Health: They’re more unconcerned about how they dress than people are at other faculties. They choose Ecco shoes because they’re the practical choice. They’re nerdy but in a nice way. They’re friendly and they will end up being our managers one day. They’re interested in some different stuff than other students are. They don't care about winning; they’re just there to take part. They have a fantastic student association! They seem to have a strong social community at their studies, and the ‘intrigue-factor’ seems to be lower among them, because there are so few girls.

ST on ST: A typical student wears a hoodie, t-shirt and jeans. People are generally very open. When it comes to research you also need to be open to new ideas, which also applies in relation to the people you meet. You don’t need a particular average mark to be admitted, so there are many different types here.

The students at Health are: Flexing their muscles on Instagram 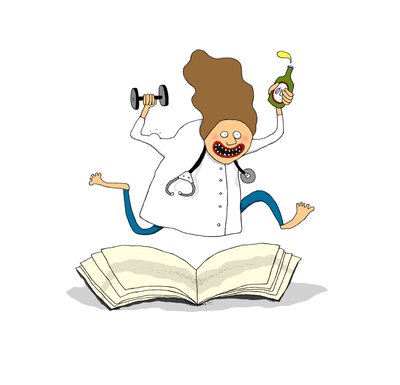 Said at BSS: They’re more unconcerned about their appearance and don’t care about wearing the ‘right’ brand. Spending time with them is very inspiring and they know about stuff we know nothing about. The stuff they know something about, they really know a massive amount about, but then again they should, because it’s also a swotty degree programme. They’re ambitious and work extremely hard all week, but at the weekend they really let their hair down.

Said at Arts: They’re into being healthy and don’t smoke. They lift weights and workout in their spare time, and in the summer they like to play frisbee. They like to show they’re in good form and are really into being healthy. That’s why they have an Instagram profile where they can post photos from the gym and of eight different ways to make use of a kiwi. We don’t visit Health very often, but they’re no doubt nice people. You get the impression that they like to party but that they’re also ambitious when it comes to their degree programmes.

Said at ST: The only thing that pops up is: lab coat. You get the impression that they sit and swot all the time, and they seem to be very conscientious, because they have to go out and save lives.

Health on Health: We spend a lot of time in uniform here and there’s no sense in making a big effort to look good when you’re going to spend eight hours sitting in a reading room. People are very inclusive and tolerant, but then again that’s how you have to be when you want to work with people. There are very few smokers here. The average student is relatively aware of healthy living, though not when it comes to beer, of course.

The students at BSS are: Goal-orientated and pushy careerists 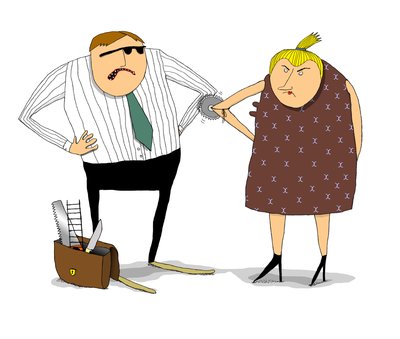 Said at Arts: They have short, smart hair and well ironed blue or white shirts that fit perfectly rather than hanging loose. The guys wear nice shoes that aren’t broken and the girls wear stilettos. The guys often have a brown leather shoulder bag. They want to appear very self-confident, are generally quite competitive and typically right wing.

Said at Health: They dress well and are generally neat. They begin to brand themselves early on and you can see that they think a lot about creating a good profile for when they have finished their degree programme. They’re aware of what they spend time on. Their student job is important to them and wearing the right brand means more to them than it does at the other faculties. They’re very goal-orientated and focused on getting good marks. They’re competing with each other and are a bit more pushy than elsewhere.

Said at ST: The general misconception here is that the students at BSS are snobbish. There are many students and only a few places, so they therefore have to fight to make it and are a bit more pushy.

BSS on BSS: There are very large internal differences at BSS. At Fuglesangs Allé campus you run into a lot of students of a particular type who have taken a Higher Commercial Exam, and they’re all really psyched-up about finding some kind of executive position in a new company when they graduate.