In future, all prospective students must have a minimum average mark of 7 to be admitted directly through quota 1 to a natural sciences degree programme. However, it is still possible to be admitted via quota 2 if a student passes an entrance examination.

Everyone who applied for admission to physics at Aarhus University this year were admitted. The same happened on more than half of the 31 degree programmes offered by the faculty. Only 14 of the degree programmes required a particular average mark to be admitted via quota 1.

But this situation is changing. The reason is that the Faculty of Science and Technology is raising the bar and requiring that coming students who are admitted via quota 1 must have an average mark of at least 7 as well as a mark of at least 7 in mathematics. The admission requirement will come into effect next year for the degree programmes in computer science, physics and IT. And from 2019, it will apply to all of the faculty's degree programmes.

The background for the stricter requirements is that the faculty wants to educate more and better students. Even though introducing stricter admission requirements may seem paradoxical when wanting to increase the number of students, it is connected to the faculty having high drop-out rates on its degree programmes. The faculty will therefore attempt to ensure that the students who are admitted to the degree programmes are the ones with the right prerequisites, so that they do not drop out later, explains Finn Borchsenius, who is vice-dean for education at Science and Technology.

"It shouldn’t be seen as a sign that we want to educate fewer graduates. Not at all," emphasises the vice-dean. 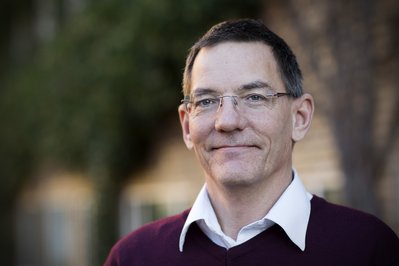 Science and Technology is the faculty at AU with the highest first-year drop-out rate. A quarter of the students leave or stop their degree programme within the first 13 months. According to an analysis of this drop-out that the faculty carried out in 2016, there are three factors in particular that increase the likelihood of students dropping out of their degree programme: If the student has applied for a degree programme as his or her second or third priority, or if the student has a low average mark. Finally, it has been shown that students who have taken the Danish Higher Commercial Examination (HHX) or the Higher Preparatory Examination (HF) have a greater likelihood of dropping out than those who have taken the Higher Preparatory Examination (STX) or the Higher Technical Examination (HTX).

Admittance still possible with an average mark below 7

Students who have not managed to get an average mark of 7 or above at upper secondary school do not have to give up on their dream of taking a natural science degree programme at AU. Science and Technology will continue to admit students via quota 2, but in future these applicants must pass an entrance examination. The exam tests the applicants' study abilities, as there can be several reasons for them having a low average mark, as the vice-dean points out.

"They might have been lazy or selective in upper secondary school."

The degree programme turns out to be different than expected

In addition, quota 2 applicants will be presented for information about what the degree programme is about.

"With many degree programmes, what we see is that the applicants find the degree programme is different than they imagined. For example, there are those who didn’t get admitted to study architecture, who imagine that the bachelor of engineering programme in architectural engineering is kind of the same. But it’s not the same at all. It’s therefore important that we talk with the applicants and reconcile expectations with them," says Borchsenius.

They then have the opportunity to change the priority of their Coordinated Enrolment System application," explains the vice-dean.

Allan Hvidkjær Sørensen is associate professor in physics and head of the physics degree programme. He explains that the degree programme’s lecturers generally welcome the new initiative. 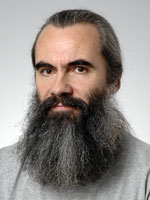 "Between a quarter and one-fifth of our students are admitted with an average mark below 7 and the prognosis for them to make it through the degree programme is generally poor."

The associate professor explains that the teaching becomes unnecessarily heavy going when up to a quarter of the students do not have the academic level required to make it through the programme.

"The lecturers try to carry them along, but it seems futile when many nevertheless drop out after a while, and it’s unfortunate because it also means less than optimum teaching for the remaining students."

As the vice-dean touched upon, Sørensen also finds that many students are surprised that the physics degree programme is more theoretical than they had expected. He is therefore also satisfied with the reconciliation of expectations that is part of the quota 2 entrance examination.

Will there be financial consequences?

In that the faculty only had greater demand than number of student places for 14 of its 31 degree programmes this year, it could be feared that stricter admission requirements will lead to fewer students being admitted, which may in turn risk having a negative influence on the faculty's financial situation.

But Borchsenius points out that here it is also important to look at the number of students who actually complete their degree programme.

"It may well be that we end up admitting fewer students. But it isn’t certain that this will affect the number of students after a time compared with the preceding years, because we will hopefully reduce drop-out rates on the degree programmes. I would be very happy to train three hundred computer scientists every year, because they can find jobs. But what’s the use of increasing admission if we don’t send the same number out at the other end as graduates? It's a question of finding the right balance," he says.

A number of other Danish universities have a similar restricted admission. For instance, the University of Copenhagen, which from 2016 requires an average mark of at least 6 for the majority of the university's degree programmes. The requirement applies to both quota 1 and quota 2.