Student darkness: Don’t be afraid of the dark

The university’s perception of students as rational animals following the straight path of common sense through their studies contrasts starkly with the students’ lived reality. University life is also about irrational detours and dark feelings that both students and the university should confront, according to Janus Holst Aaen, who wrote his PhD dissertation on ‘student darkness’.

Janus Holst Aaen is a research assistant with a PhD in the philosophy of education. Four years ago, he was doing research for his upcoming dissertation project on the potential of new social media in an educational context. One day, while he was observing students at a lecture, memories from his own university career kept interrupting his anthropological fieldwork.

“At that point, it has been five years since I was a student. I was an angry student. Mad about other people controlling me and deciding what I should do.”

While he was an student, Janus made a number of decisions that he still can’t find rational explanations for, even after all these years. For example, he can’t recall why he picked media studies. And he also has a hard time explaining, in light of how much anger he felt towards the university, why he decided to keep on studying – and kept on long after completing his Master’s degree.

He tossed out his original research question about the pedagogical potential of social media. And decided instead to investigate what it’s really like to be a university student, for better or worse. The result was a dissertation on what he calls ‘student darkness’. 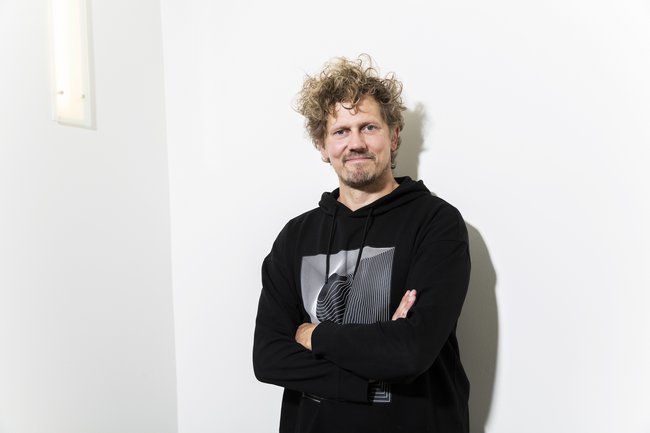 What is student darkness?

The concept ‘student darkness’ is based on a philosophical conception of human existence as shaped by light and darkness.

“Light is rationality, reason, causality – one thing leading to another. It’s the straight path and the evidently meaningful. In contrast to this, we have the experience of meaninglessness, random detours, non-linear causality. What we can’t control – and what we influence in ways we don’t always understand ourselves,” Aaen explains.

He has concluded that there are five emotions in particular that are associated with the dark side of student life.

“Students come into contact with darkness through the experience of terror, boredom, tiredness, desire and contempt. The contempt students feel is directed at those who attempt to exercise authority over them. Student darkness is the darkness in which students navigate in their daily lives. Particular aspects of the condition of being a student can awaken this darkness. For example, in connection with situations in which the power relationship between the university and the student becomes oppressive. Feelings like terror, contempt and exam anxiety can arise through these experiences,” Aaen explains.

He also stresses that all people experience both light and darkness. And that darkness isn’t necessarily negative. 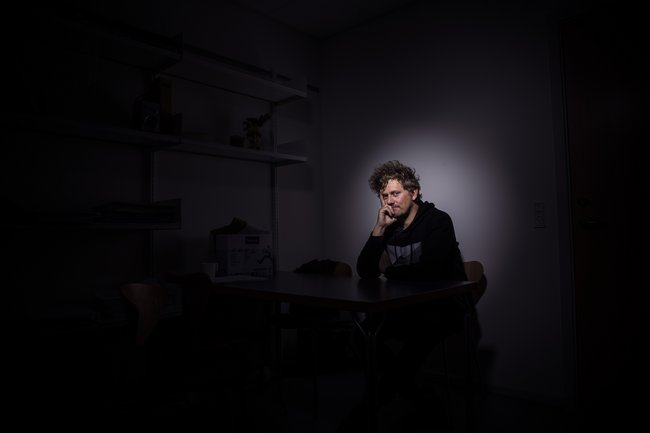 Student life, up close and personal

During his study of student darkness, Aaen followed five students particularly closely. He accompanied them to lectures, leisure activities and parties.

“It was important for me to get close enough to them to understand how they experienced the world,” he says.

During his fieldwork, Aaen discovered that the ambivalence he had felt about university life in his student days wasn’t an anomaly – on the contrary. The feeling of not conforming to the conception of students as rational beings who progress through their studies in a straight line based on rational choices is widespread. A conception of students which is normative at the university, and which shape the university’s understanding of students, he explains.

“At an institutional level, the university has a one-dimensional view of students. They are seen as beings that move through a degree program and out into the labour market in a linear fashion. But of course, that’s not what student life is like. Students’ lives are also shaped by all kinds of different things outside the degree programme itself.”

According to Aaen, a neoliberal culture has gradually emerged in higher education since the 80s which sees students as customers who need to be satisfied so that they will attract more customers. And because the universities receive funding (the so-called ‘student FTE funding’) every time a student completes their degree programme, the universities have a strong financial incentive to get students through their degree programmes as quickly as possible. This focus on time-to-degree became even more intense with the study progress reform.

No room for missteps

But that perception of students contrasts dramatically with the reality students are living in, Aaen says.

“They don’t live in a linear way. All kinds of things happen in students’ lives that influence their academic careers, and which don’t have anything to do with financial incentives or whether they’re satisfied with their classes.” 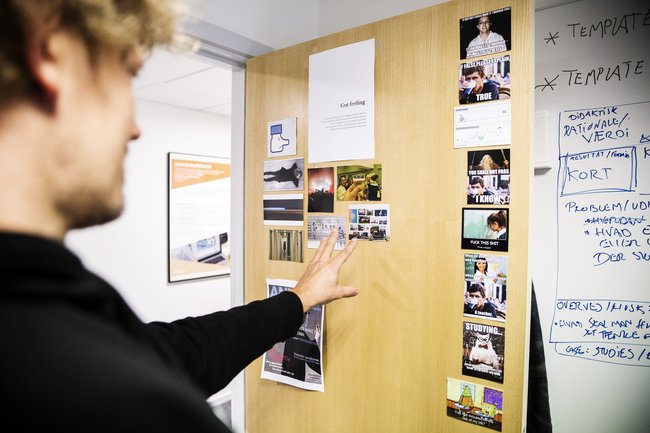 While working on his dissertation, Janus Holst Aaen collected images and memes that illustrate ‘student darkness’. They now hang on his office door in the Nobel Park.

For example, during his fieldwork, Aaen met a student who was dealing with pressure on multiple fronts. She liked her degree programme, but she had kids and had to work on the side. And her relationship with her mother, her boyfriend and her friends took up a lot of room in her life.

“One day, her daughter’s rabbit died. Which might seem like a minor thing. But this is what knocked over the whole house of cards, because all the other stuff was already taking up too much room. But for the university, she was just a student who didn’t complete her assignments,” Aaen says. He believes that the neoliberal conception of students should be replaced by a more holistic approach to students : seeing the whole person.

Of course, he emphasizes, this doesn’t mean that the university can or should know everything about the students and their situation. 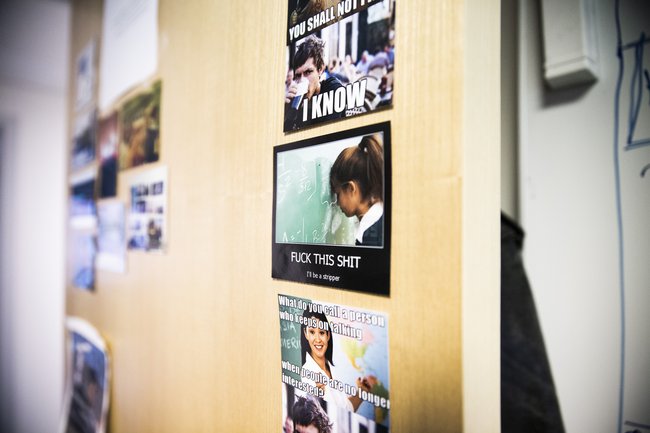 “But there has to be room for students to take a false step, and that space has become smaller in recent years.”

And it’s not enough to offer various kinds of support and exemptions from the rules.

“In the first place, the support being offered is precisely predicated on a financial discourse in which students aren’t profitable if they break down. That’s why they have to be fixed, so they can move through the system fast. In the second place, there are a lot of students who simply don’t find their way to these kinds of support, and who remain under the radar because of that,” he says.

According to Aaen, the idea that a degree programme is something you should get through quickly has also taken root in many students. To the detriment of what he calls the ‘intellectual passion’ that might otherwise help offset some of the more negative aspects of student life by creating a sense of meaning.

“Intellectual passion is the will to learn, the feeling that your subject – let’s say business administration – is just amazing. And then there are a few less amazing things – like exams – that you have to get over with. But you accept that because it means you get to work on business administration,” he explains, and adds:

“But for some students, there’s a dislocation of focus from the material to the grade, exam or ECTS. It’s no longer about the will to learn, but about the will to make it through. The goal is to get through your degree programme, not the material or acquiring knowledge. But when there’s no lust for learning or intellectual passion, the seed of meaninglessness is sown, which again can lead to stress and depression. It’s easier to accomplish something difficult if you have love for it,” he says.

Teaching can fan the flame – or snuff it out

According to Aaen, there are a number of reasons why the flame of intellectual passion doesn’t always burn brightly – or even dies out. Part of the explanation can be found in the students themselves and their own motivation, he believes.

“What I perceive is that there’s less focus on the desire to study than there should be. Previously, we had an elite university, and you had to really want this to get admitted. So the students who were admitted had a strong desire for knowledge. Today, we have the mass university. Not everyone who gets in thinks learning is cool. And this requires something different from the university and from teaching staff. We can’t simply transmit knowledge – we have to ignite the intellectual spark,” he says.

“At the same time, the higher you get in the educational system, the less pedagogical training your teachers have. There are lots of good teachers at the university, but this is not necessarily because they’re part of the university. In some ways, it’s almost in spite of that.”

Aaen now draws on the insights he gained from his doctoral project in his own teaching: he now encourages the new students he encounters to seriously consider what they want out of their studies.

“And not least what they’re willing to miss out on to do the degree programme,” he says.

Aaen encourages students and not least the university to acknowledge that university studies are both light and darkness. And that the university can make room for the darker, more irrational aspects of students’ academic careers.

“We have to acknowledge the darkness. Being a human being is about more than being productive.”

“I believe we have to work on creating an institution that doesn’t wear the students down,” Aaen says.

We have to throw the students off the deep end

Which is not to say that we just need to cut the students lots of slack. They still need to be challenged.

“Students can’t just be told things. They have to discover them and experience them. They have to be subjected to some wild things in a safe context. We have to throw them off the deep end and say: ‘Come on, now learn to swim!’ And then we as teachers should hop in afterwards, with water wings and swim belts, saying: ‘Don’t worry! We’ll do this together.’”

One concrete example would be involving the students in research, Aaen proposes. 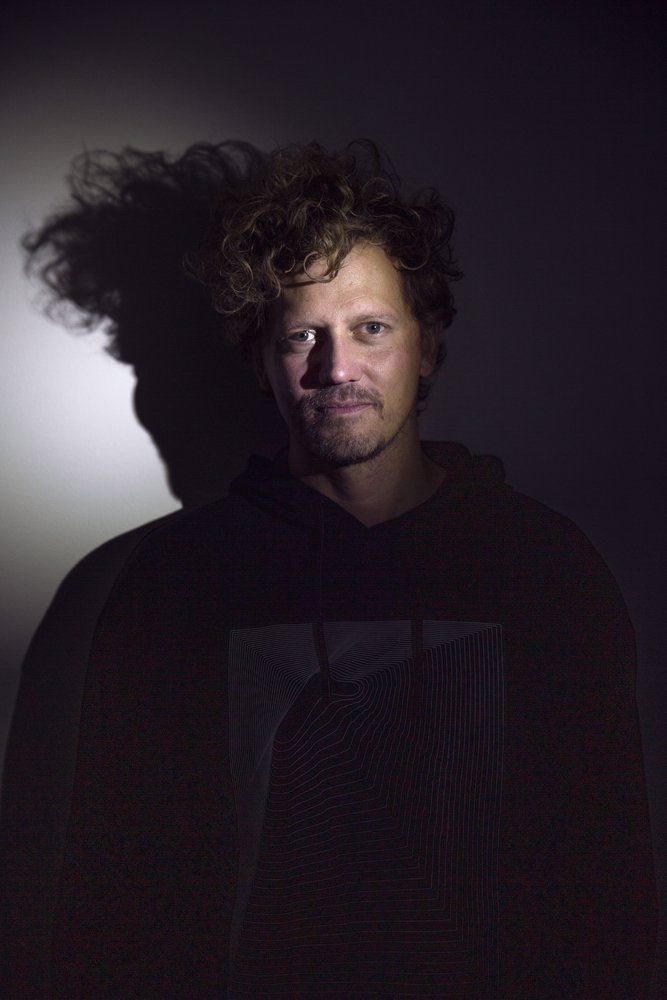 it’s also about both students and teachers making room for intellectual passion, which is almost a form of civil disobedience in a reality of constricting teaching plans, he acknowledges.

“I have a colleague who’s a fantastic teacher, and what she says is this: ‘Listen, we have an exam at the end of our course, and I’ll make sure you’re prepared to take it. In the meantime – Why don’t we construct a freedom zone and see what we can make happen?’”

Aaen’s own approach to teaching has changed in the wake of his doctoral project.

“I taught for four years before I started my dissertation. And I used to have a relatively formal style: Professional Janus was on stage. Now I walk into the classroom as private Janus and try to be a person who’s not intimidating, but rather someone you can approach. I also try to show that I’m in love with the material I’m teaching. And I’ve dialled back on the monologues. I’m not just there to dump some knowledge down on their heads. Instead, I see teaching as a community.” 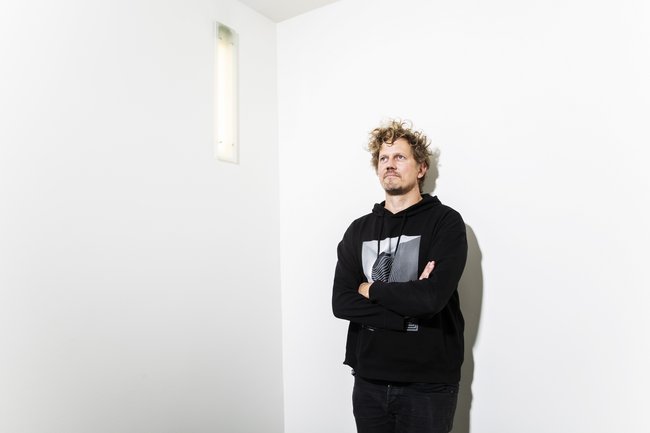