Show me your office – Derek Beach

Due to his ability to explain complex material in a comprehensible manner, EU researcher Derek Beach is often used as an expert by journalists who want to communicate the latest information about European politics. He is a very popular lecturer among his students. And on top of this, he is an internationally recognised researcher, who until recently spent 60-70 days a year travelling, among other things to teach his own research methods to PhD students around the world.

When Omnibus knocks on Derek Beach’s door, it is not to draw on his academic competences, but rather to learn more about the man behind the door of office 222, which is right next door to the office where the now deceased Danish politician Svend Auken once sat at the Department of Political Science.

"I put my name down for the office when a colleague retired five or six years ago, and I’m very happy with it, not least because of its size. But also because of the view," says Beach of the view of the lake in the University Park that he has from his desk.

"I enjoy the view most of all when the small children are tobogganing in the Winter," continues Beach, as he sits in the yellowish glow of the canopy which is rolled out above the large window.

"But on the other hand, I can’t stand the light. It makes me think of the light you find in public toilets that’s supposed to prevent drug addicts from injecting themselves because they can’t see their veins!" says Beach, who was appointed professor of Political Science last year.

What items here in your office say most about you as a researcher?

"The election posters. They’re what I’m most fond of," he says, pointing at the framed poster on the wall, which encourages voters to vote no to the Edinburgh Agreement which Danish citizens voted on 18 May 1993. 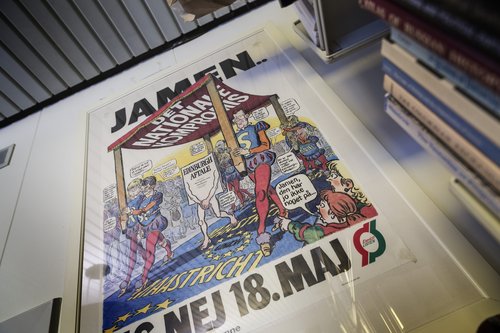 "I really like it because it’s easy to understand the message, even though the poster is compact. And it’s also humorous. I think that the use of humour is also something that is typically more of a success for opponents rather than supporters.

"I just think it’s easiest to use humour when you are against something. But I also like this one," says Beach as he holds up a poster that was standing on the floor behind the door. The poster is from the Conservative People’s Party’s campaign for the Danish referendum on 3 December last year. 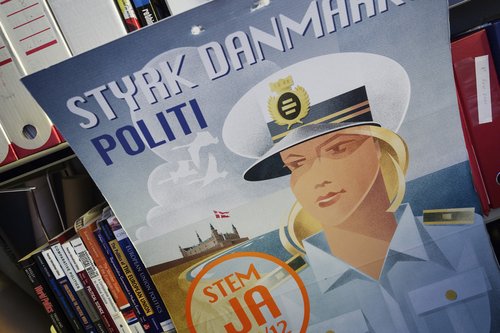 "It's pretty dreadful, but I like it anyway without being able to explain why."

How did you get hold of the posters?

"With this one," says Beach with the Conservative poster still in his hand, "I sent a student assistant out to climb up a lamppost and cut it down (in Denmark, political parties are allowed to put up election posters on lampposts, ed.). But you can’t write that because it’s illegal. I got many of the others by writing to the party  rust-stained army green metal tin stands on a shelf with some blue ceramic mugs. 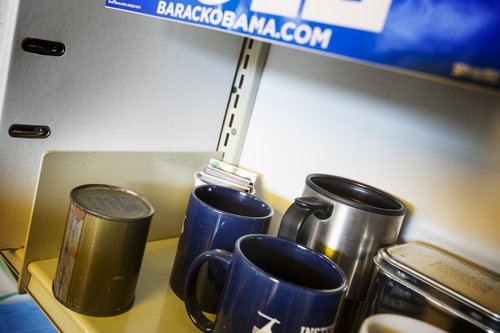 "My father gave me this tin after his tour in Vietnam in 1967-68 when the fighting was fiercest over there. He was a lieutenant and was responsible for a platoon of twenty young men aged 17-20. Well, some lied about their age, so seventeen-year old boys were at war. My father managed to keep all of his platoon alive throughout the nine months he was in combat. The platoon then got a new commander for the remaining three months, who quickly got half of them killed. My father was the one who had to write the letters to the families."

Did having a father who had been in Vietnam affect your childhood?

"It cost my parents their marriage. They got divorced when I was aged two. You can’t go through the experiences my father did without a profound cost. Especially when two days after arriving you realise that you have no reason for being there; that USA had no business being in Vietnam. From there it’s a matter of survival and returning home again."

Beach looks around his office and his smile returns when he spots a little EU flag next to one of the first computers from Apple.

"I'm actually really pleased with this flag. I got it a short time ago in Berlin where I passed by a pro-EU demonstration. I’m not a Federalist, so that’s not it. Plus, I’m an American, so I can be indifferent. But I like it because it was clearly just completely ordinary people who were out demonstrating for the EU."

Beach asks the next question. He points at the obsolete Apple Macintosh computer. 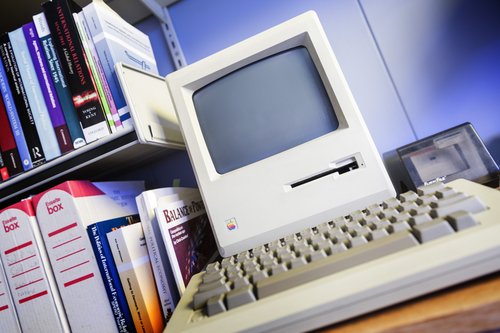 "3,000 Dollars. Back then! My parents were the ones who bought it, but I was the one who used it. I was actually pretty interested in computers just before the internet really started and one of my friends from back then is now a very well-known IT guru who earns loads of money and travels the world. So maybe I should have continued down that path," he laughs.

But he has been interested in politics since he was very young, so he followed in a different direction, something that is shown by other memorabilia from the German capital. He takes a large piece of concrete down from a bookcase. 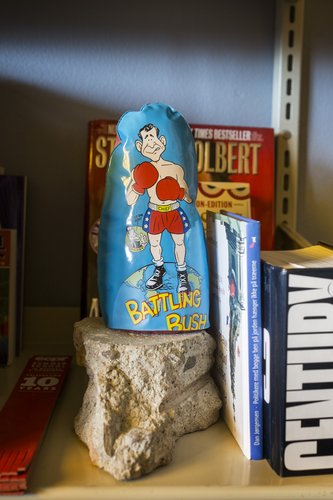 "We were two young guys on an upper secondary school trip who wanted a piece of the Berlin Wall, and with a rusty iron bar we managed to loosen a whole block that splintered into a thousand pieces. This is one of those pieces. From the Eastern side," says Beach. 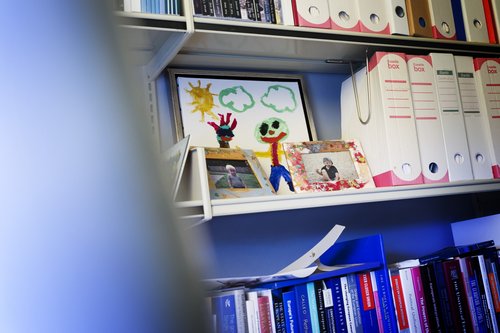 If there was a fire and you could only take one item with you, what would you choose among all your things in your office? 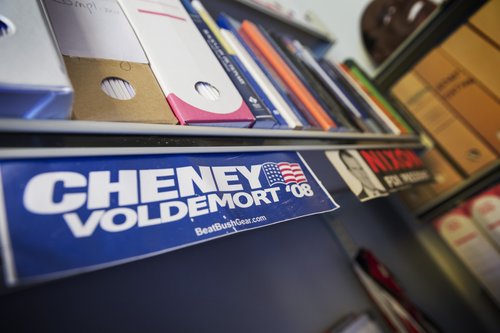