Show me your office – Lotte Sørensen

Her nearest neighbour is the Sirius Patrol, the Summer temperature is below zero and a rifle is a permanent companion when associate professor at the Arctic Research Centre, Lotte Sørensen, does field work at the Zackenberg Marine Research Station in north-east Greenland.

While most Danes were travelling south for a holiday in warmer climes, Associate Professor Lotte Sørensen was boarding a Twin Otter plane and travelling to the Zackenberg Marine Research Station in north-east Greenland. The goal of the trip was to collect data for a research project on climate change and what specifically will happen if the ice in the Arctic region disappears. In north-eastern Greenland, the summer temperature often does not get above zero; on the other hand, the sun shines 24-hours a day at this time of year. 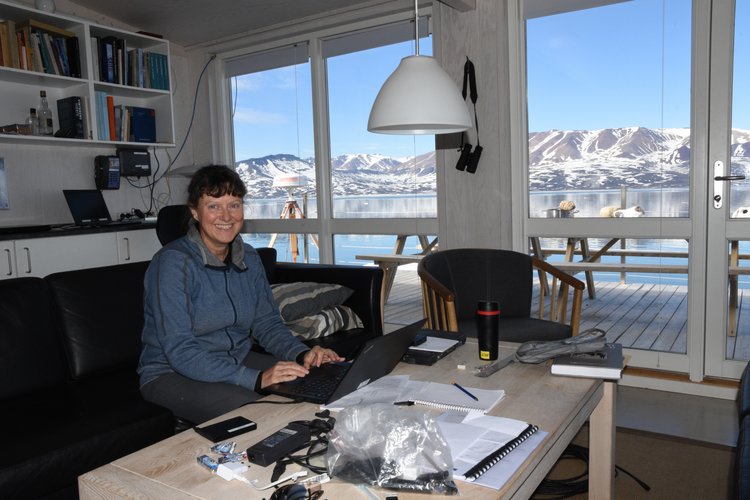 "Indoors the temperature can easily reach thirty degrees because of the large windows in the living area, and unfortunately you can’t open them because there are so many mosquitoes. I often wear sunglasses indoors when I need to process my data."

A sofa group and a low coffee table fill Lotte Sørensen's office. In the background you can see the link to the outside world in the form of a single internet connection via satellite which the researchers have to share.

"From the sofa I can keep an eye on the ice in the bay and the weather, which is very changeable. I can also see my measuring instrument." 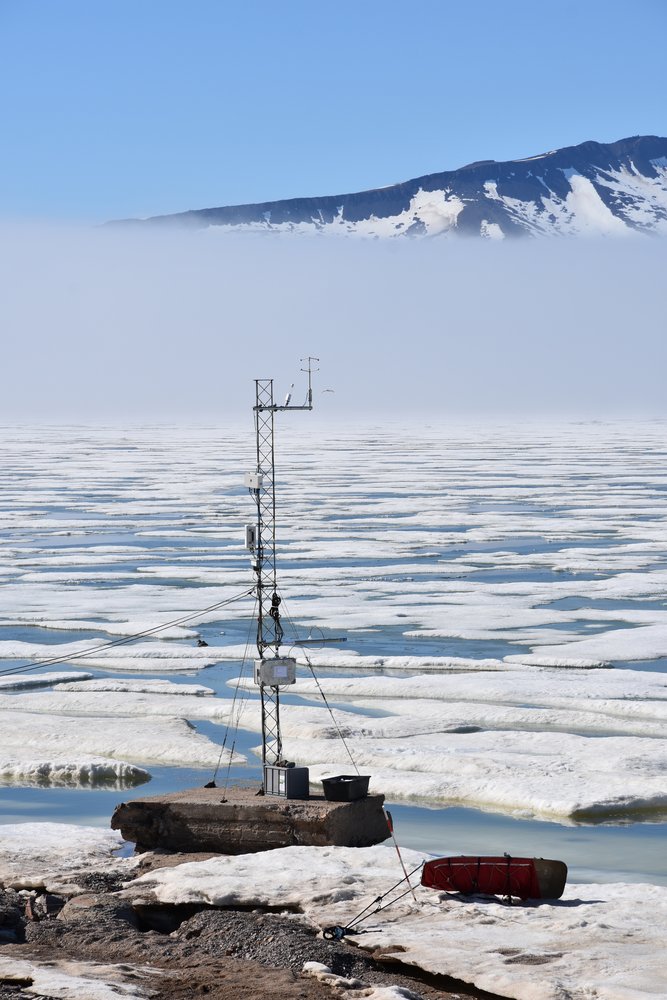 The measuring instrument sits atop a six-metre tall mast outside the research station. It is known as a sonic anemometer and measures turbulence in the air. Lotte Sørensen also takes measurements out on the fjord. When the fjord is covered in ice she drags her measuring equipment out onto the ice on a sledge. If the fjord is free of ice, the measurements are done from a motor boat. This varies from day to day. 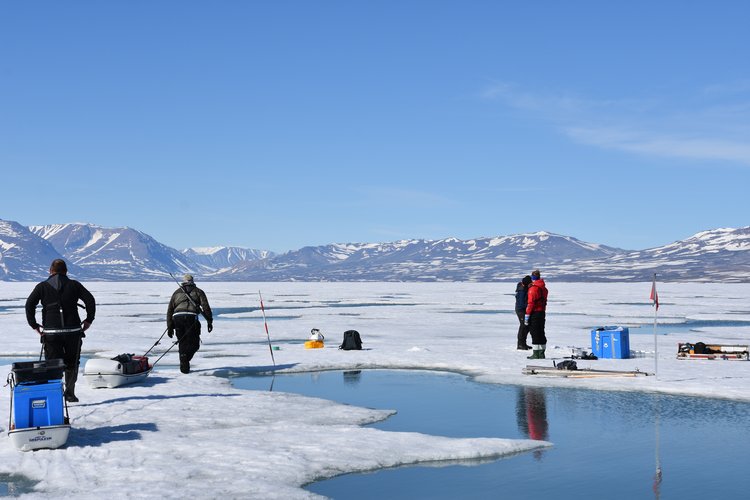 "To find out how things will look in the future if the ice completely disappears, I measure the CO2 in the water and in the air, and the transport of CO2 between the water and the air to see whether there is a high CO2 absorption in the water, or a large CO2 discharge into the air when the ice disappears."

"We are five researchers each working on our own aspect of the project. For example, my colleague Dorte Søgaard drills for ice cores and measures them. We also had a student with us." 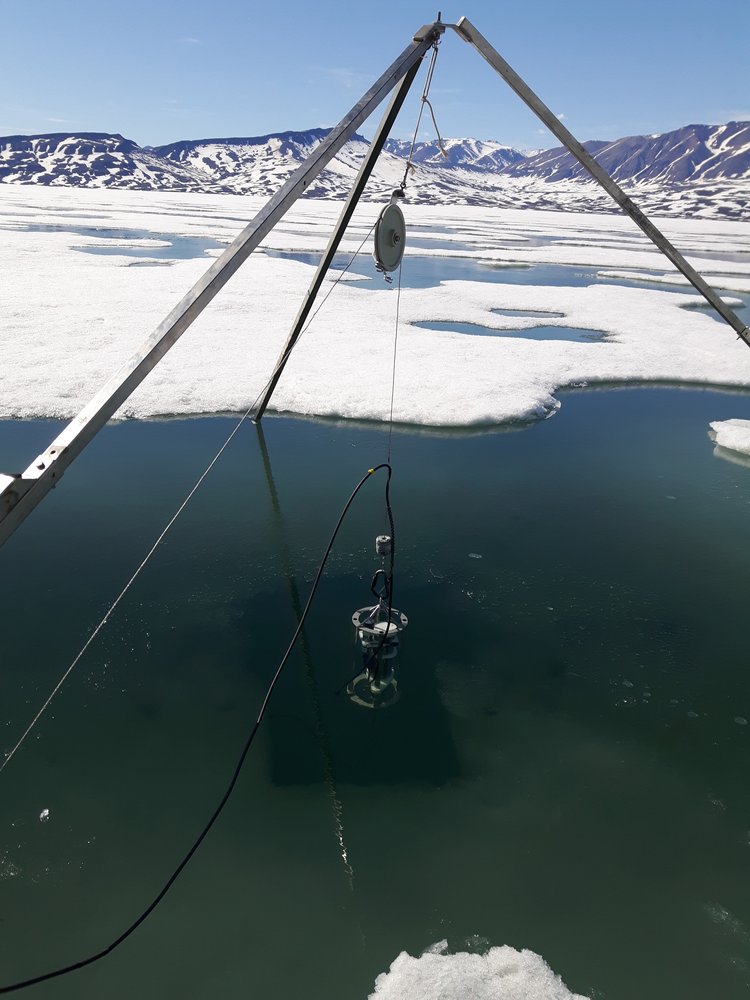 Lotte Sørensen and her colleagues are typically out on the fjord for five to six hours at a time. Otherwise time is spent processing the data collected at the research station office.

Is there anything in the office that particularly characterises you?

"My hard drive. It’s extremely important because that’s where all my data is stored. I always have it with me in my hand luggage when I fly. It’s also where I keep my personal photos."

"Apart from that, I have my satellite phone or radio, which we also have to take with us when we’re out on the fjord. There’s always someone to talk to. We can hear both Zackenberg Research Station and our nearest neighbour the Sirius Patrol over the radio, so you never feel lonely." 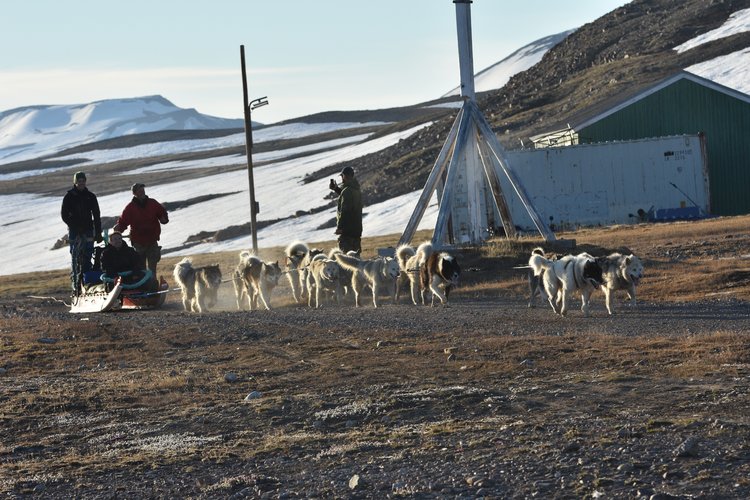 Nearest neighbour is the Sirius Patrol.

But otherwise you just have completely ordinary equipment in the office?

"Yes, computer and notebooks. There’s also a bag with harnesses that I use when I climb up to my measuring equipment on the mast. And outside are a rifle and a signal pistol, which we use to defend ourselves against polar bears. We always take the rifle and signal pistol with us when we go out onto the ice. Once a walrus also came up of a hole in the ice close to our measuring station. But it didn’t do anything."

What else do you bring of personal belongings?

"Not much. I've always been a bit of a nomad and I’m also the person in the group who travels lightest. My backpack weighs eight kilos. I travel in my warm outdoor clothing and my hiking boots, and we can wash clothes at the research station, so I don't have to carry a lot of clothes. But my iPad is important. That’s where I keep articles, textbooks, knitting patterns and music. I enjoy listening to classical music when I’m working. At the moment I’m listening to a playlist called Summer Classics." 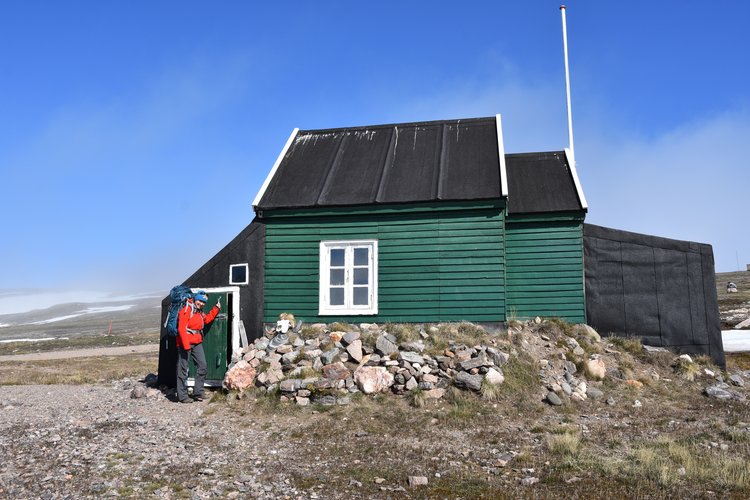 All the rooms at the Zackenberg Marine Research Station were taken in July, so Lotte Sørensen lived in the small hunting cabin Sandodden close to the research station. This is where she had her "home office". 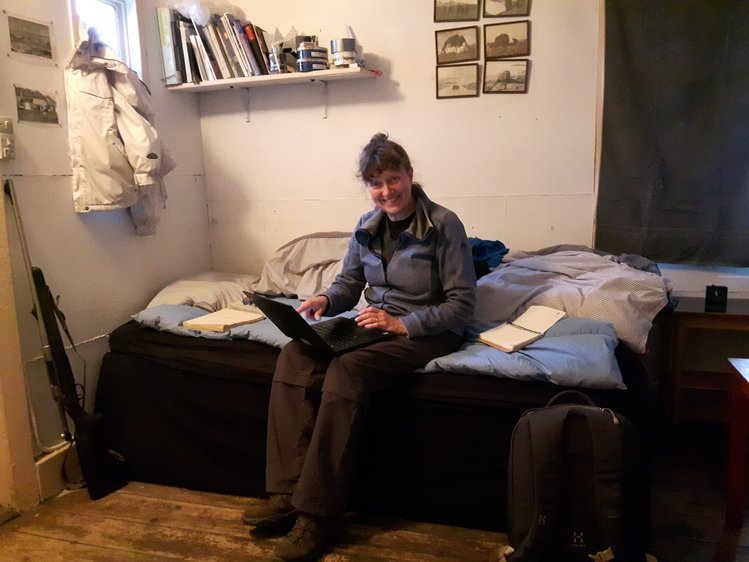 What is daily life like at the research station?

"It's cosy when we’re such a small group as were this time, with half the researchers coming from the Geological Survey of Denmark and Greenland (GEUS) bringing their own equipment. Then it’s easy to make things work. When you’re having to share the same equipment, it can be difficult to get everything to function, because all of us want to be out on the glacier all the time."

Do you relax in the evenings or do you spend all your time working?

"In the evening you look at your data and discuss them with the other people here. Sometimes we also watch a film together or sit on the roof of the old weather station together and enjoy a glass of rum under the midnight sun."

What is it like being part of a team of researchers at a research station so far away from everything?

"You can feel a bit irritated about being in such a small space together. It was worse when I was younger. Now that I’m older I’ve grown used to it. If it gets to be too much, I go out on my own. It's a bit like being on board a ship."

"That’s done via satellite phone or email via satellite. And it’s all about keeping it brief because it’s expensive. You get used to being so far away from home, and it also helps that I don’t have small children any longer. My colleague has young children, and I notice how she gets impatient as we get closer to returning home." 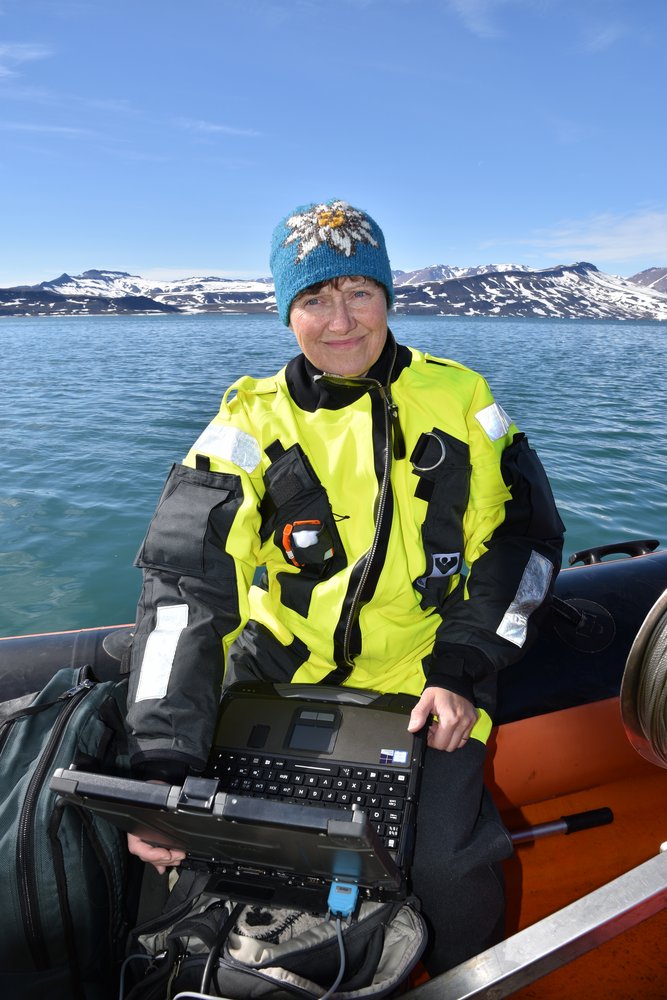