Hey researcher! What’s your take on freedom of research at AU?

Last Thursday, VIVE – The Danish Centre for Social Science Research sent an email questionnaire to every researcher at AU. The questionnaire is the first step in a study of researchers’ perceptions of the state of freedom of research at Aarhus University.

The senior management team has commissioned an study of whether researchers perceive that they are under internal or internal pressure to compromise their impartiality in connection with their research at AU. If this turns out to be the case, according to the terms of reference for the study, the senior management team intends to introduce reforms to guarantee that researchers are not subject to such pressure – or at the very least that have recourse to report efforts to compromise or discredit their academic integrity to an impartial body.

The study is being carried out in the wake of repeated assertions from various quarters that AU researchers are exposed to attempts to influence their research results, both internal and external. Most recently, AU was hit by a media storm in early 2018, when the credibility of some AU researchers was called into question, while management was accused of twisting the arms of some of the researchers involved in order to prevent them from making any more statements to the media about the case. And this is just one of the episodes which has called the conditions for the exercise of freedom of research at AU into question.

A questionnaire, confidential interviews and contact to the affected researcher

This is the background for the email survey sent to every researcher at AU last week – the first step in an study which will unfold over the course of the autumn semester. The investigation of freedom of research at AU will also involve confidential interviews with selected researchers. To include the management perspective, heads of school/department will also be asked to participate in the study. 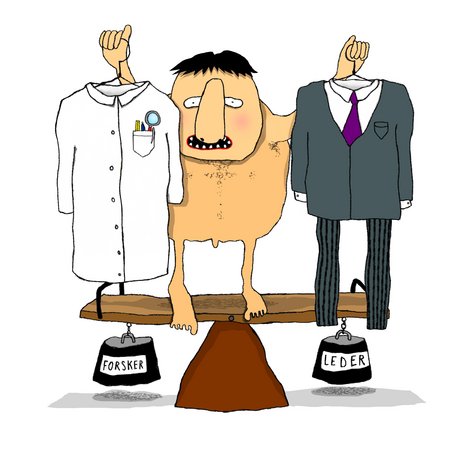 The senior management team has appointed an internal steering committee to handle the study. The steering committee is comprised of the chairs of the academic councils at the four faculties and Olav W. Bertelsen, who is joint union representative for academic staff (VIP) and university-educated technical/administrative staff (AC-TAP).

Associate Professor Merete Wiberg from Arts, who is spokeswoman for the steering committee, confirms that the senior management team has stayed on the right side of the line thus far.

“But that said, I will take the liberty of observing that it’s quite clear that the rector is interested in the process,” says Wiberg.

Change, withhold or refrain from publication

VIVE – The Danish Centre for Social Science Research has been given responsibility for the study of freedom of research at AU.

VIVE senior scientist Niels Ejersbo explains that the centre’s mandate is to uncover whether researchers are being – or have been –pressured to change, withhold or refrain from publication of their research results. And if so, to identify the situations in which researchers experience pressure. The investigation will also clarify whether the pressure is exerted from within the university, for example by faculty management teams, department/school management teams, supervisors or colleagues. Or whether it is primarily external – for example from government agencies, ministries, special interest organisations and the like.

VIVE’s introduction to the study provides three examples of freedom of research: researchers’ right to ask questions – including questions about what authorities consider received knowledge; the freedom to select materials and methods; and the freedom to present hypotheses, results and arguments in the public domain. At the same time, VIVE writes, the primary focus of the study is on how research results are handled – in other words, on researchers’ right to communicate their research in a way which provides the public with an accurate understanding of the methods employed and the results achieved.

READ MORE: Reaserchers are also under pressure from their own managers

The terms of reference for the investigation define ‘inappropriate considerations’ in the following terms: “Freedom of research is an absolutely fundamental precondition for Aarhus University’s mission and work. This means that the research results which are created and reported by our researchers may not be influenced by inappropriate considerations or pressure from internal or external parties.”

The steering committee has not defined the term ‘inappropriate considerations’ precisely.

“But the term covers everything which does not contribute to the study of the object the researcher has set out to study. And by that we mean everything that is not relevant in relation to a thorough scientific or scholarly study,” explains spokeswoman Wiberg. 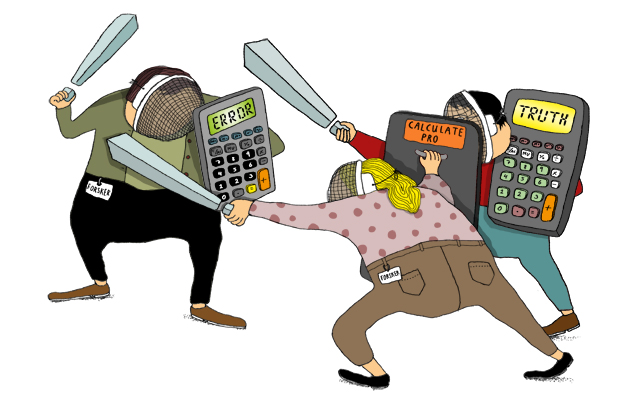 According to Danish law, researchers have a right to communicate their research in a way that gives the public an accurate understanding of their methods and results.

Pressure from managers or colleagues

She stresses that while she’s not in a position to cite concrete examples, she can provide some general examples of how ‘inappropriate considerations’ can come into play internally at the university.

“As a researcher, you may experience internal pressure coming from your manager or your colleagues that you feel you have to deal with, because it can have significance for your career. You might be a junior researcher who feels pressured to publish something they don’t feel is completely solid – or to refrain from publishing some aspect of their research. You could also be a researcher who’s in a similar situation at a point in their career when they’re going after a professorship.”

“But it can also be financial considerations,” continues Wiberg, who points out that researchers may fear that they will be passed over for future projects if they’ve been a bit ‘uncooperative’ in connection with previous ones.

There have been a number of concrete episodes in recent years which are examples of how external pressure on researchers can play out. And when the media mill starts churning, it’s often the researchers who provide public sector consultancy and science advice who risk getting crushed. 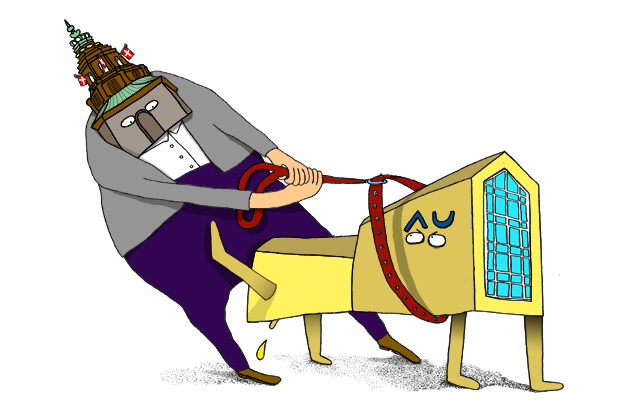 One question the study will explore is the extent to which researchers feel pressure from external sources, for example government agencies and ministries.

This is because many of them work on the kind of political dynamite issues which regularly explode in the Danish Parliament. For this reason, the study will focus in particular on these researchers, most of whom are employed at Science and Technology. But Senior Scientist Ejersbo affirms that other kinds of pressure will be explored as well, such as pressure on researchers in connection with income-generating activities.

Researchers may have reservations about participating, as the questions they are asked to answer in the questionnaire are sensitive. Just imagine the personal consequences it might have for the individual researcher if her supervisor, department head or co-researchers find out that she has revealed that she’s been subjected to pressure, for example if someone has pressured her to change her research results.

“We’re aware of the issue, and I can assure you that we’re taking every step necessary to ensure the researchers’ anonymity. Very few of us here at the research and analysis centre have access to the data which is stored on the servers here at VIVE. No one from AU will be able to get anywhere near them. And journalists will not be able to get access to the data. It’s crucial to the legitimacy of the study that so many as possible participate,” explains Ejersbo.

Researchers who give VIVE permission to contact them for an interview when filling out the questionnaire don’t need to fear that this will take place over a cup of coffee in their department head’s office.

“No, fortunately have have our own office in Aarhus, and if this turns out not to be the right place, we will always be able to find a neutral place to meet. And what a researcher tells us during an interview will be summarised in such general terms in the final report that no one needs to fear that they will be identified subsequently. We know what this is about for the researchers. After all, we’re a research institution ourselves,” Ejersbo adds.

Towards the end of autumn, VIVE will send a report summarising the results of the study to the steering committee which will present it to the senior management team after review and comment. The senior management team will then discuss the report at the annual seminar with the academic councils at Sandbjerg Estate, and will then decide on any measures to be taken to ensure freedom of research at Aarhus University.