Show me your office – Thomas Ehler and Karsten Nymann Pedersen

The two systems administrators Thomas Ehler and Karsten Nymann Pedersen have shared an office for the last five years. Though they have different personalities, they both agree that the whole having a cosy office thing is a bit overrated.

Both Thomas Ehler and Karsten Nymann Pedersen from AU IT and Digital Media are ‘Systems Administrators’. In their case, this means that they carry out all the installations and updates that are necessary for IT Support to provide their services for you and me, no matter where we work at the university, for instance when we have received new equipment that needs to have special software installed.

What items in the office say most about you?

"The most personal thing we have is probably the coat rack for our coats," says Thomas a little tentatively after both men have looked around the office as if seeing it for the first time. 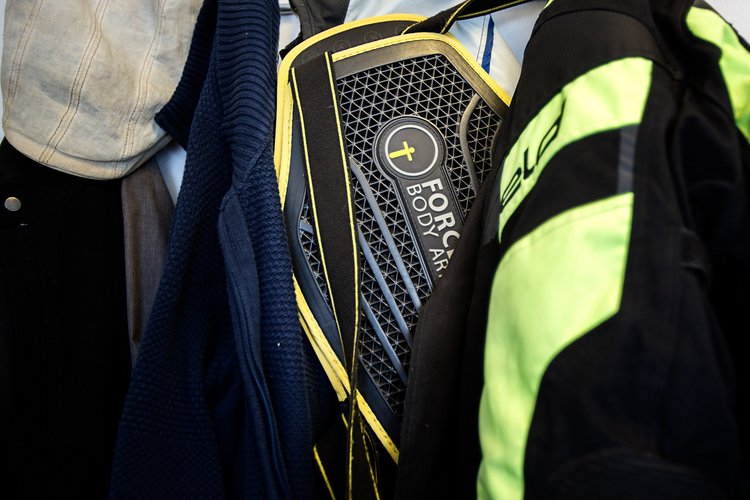 "Yeah, the things that say most about us are probably inside the computer," adds Karsten while looking at the screens on his desk which are covered with computer code. 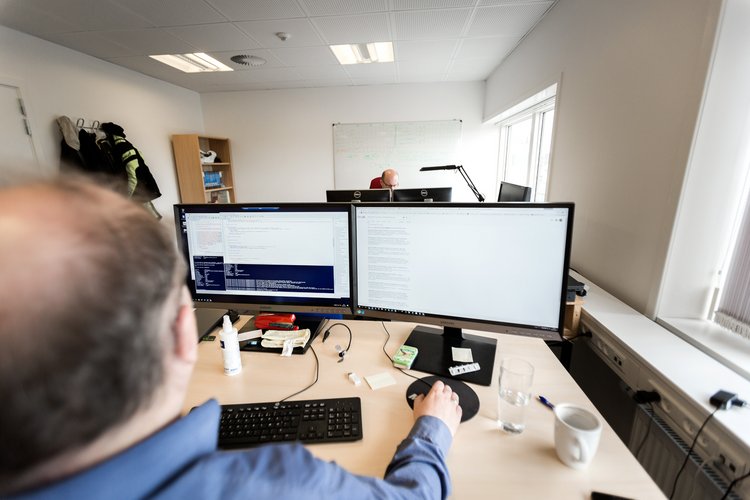 What’s good about working as a systems administrator?

That when we’re not too busy, we have a good chance of in-depth work. We’re hardcore specialists within a specific product, and I can for example spend days working on a single issue if an application is poorly made in the first place," says Thomas. 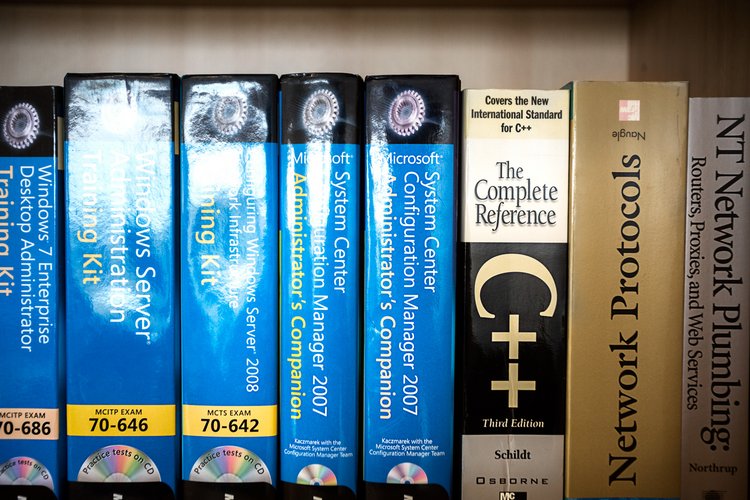 "I think it's annoying to have to spend several days solving a problem," says Karsten, who instead appreciates that the work is very varied.

"The way things work is that when something works well, someone has to invent something new, so we're not going to get bored doing routine work," he continues.

What’s not so good about your work?

"External circumstances such as the endless focus on a two per cent increase in efficiency which we’re subject to like everyone else in administration. It's as they think they can reap potential gains before the efficiency measures have even been completed. And note that I said potential gains. I notice it myself because I’ve got less time for in-depth work and because we have to tell our manager that we don’t have time to do this and that. Then he has to go higher up in the system, which I think is annoying because it affects everyone. The slower we are AU IT and Digital Media, the longer it’ll take before the university can reap the benefits of digitisation around the university." 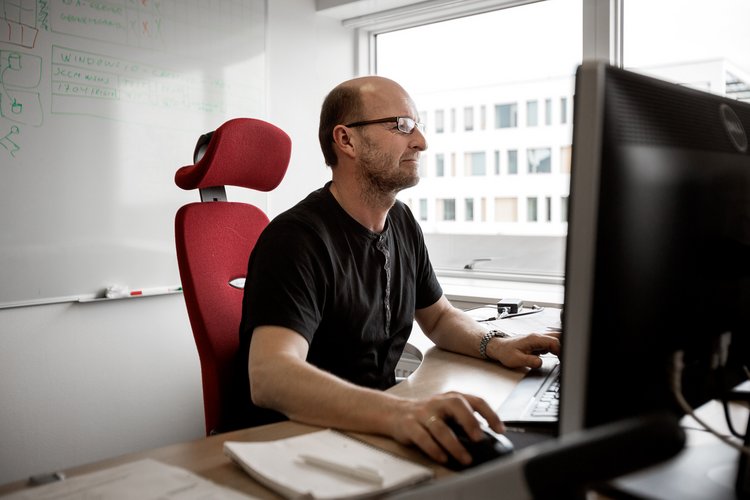 "I don't think that much about the cutbacks," says Karsten. “I think the most unsatisfactory thing is when communication goes awry and that can easily happen because I need very specific facts before I can help. But often I receive a reply saying, "It doesn’t work" or "It's annoying," and then it’s a challenge to get things done when we’re so centralised. I guess I can be pretty annoying myself in those situations occasionally."

"Ah," says Thomas, "if more people were like you there wouldn’t be so many wars in the world."

Karsten says nothing, but even as he sits behind his computer screen, he cannot hide that he feels flattered. 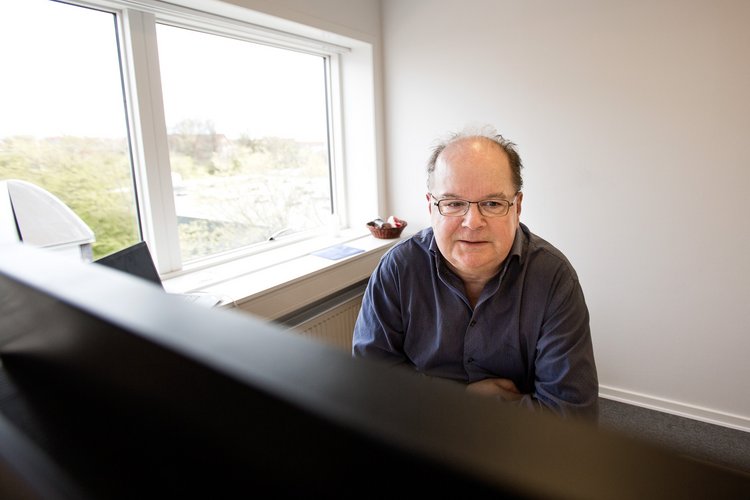 Karsten, how do you find working with Thomas?

"We’re very different, and that’s not always a bad thing. Of course, there are things that are irritating, but Thomas gets me to see things from different angles, which has a positive effect on my work. And because Thomas is often very fast, it inspires me to pull in the other direction, which I don’t think I would do if Thomas had a different temperament." 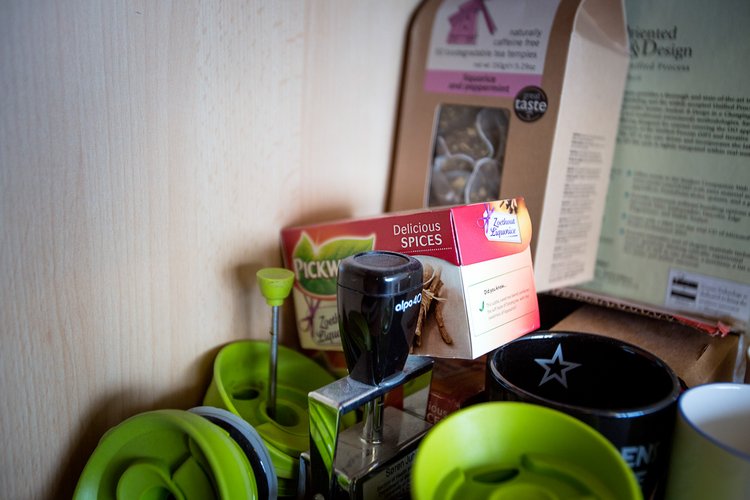 Thomas, how do you find working with Karsten?

"It’s exciting. He’s analytical in a completely different way to me, probably because he plays chess. I once taught a girlfriend to play chess, and two weeks after I had lost 30 matches," he laughs. 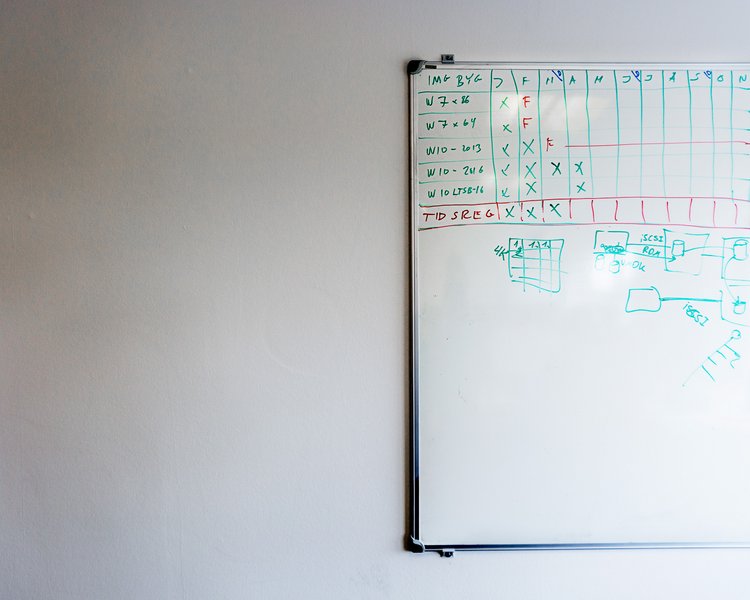 "I don't think me playing chess has much significance really, but I’m happy to use it as an argument," says Karsten dryly, before showing that he has apparently been thinking about the whole cosy office thing during the interview.

"I’ve got this here," he says without further introduction, while holding up a small sweets tin made of actual tin, “which I actually have because I think it’s nice. I’ve also got a couple of them at home." 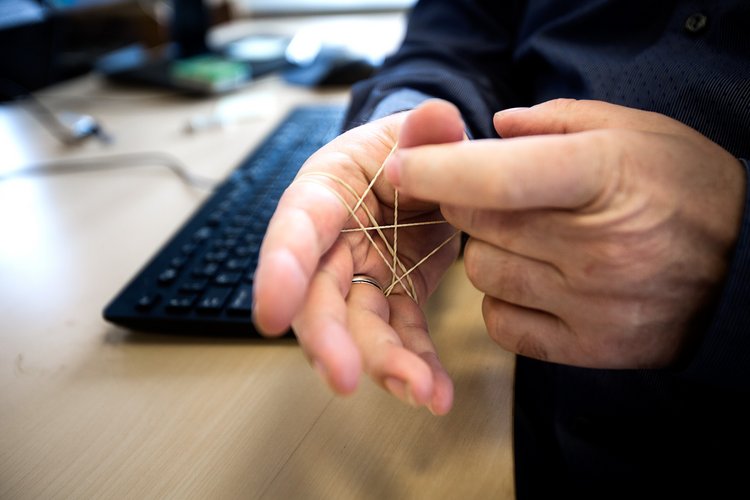 He gets up and goes out to a poster lying on a table in the corridor.

"We had this hanging in the glass pane in the door to our office until recently," he continues, "but it was actually mostly because Thomas would otherwise walk into the door when he came back to the office with his head buried in a stack of paper."