Postcard from Berlin: "We fine-combed the city by bike”

Jette Broeng Ohrt is a receptionist at the Department of Agroecology in Slagelse and spent five days of her holiday together with her husband in the foundation’s apartment on Stubbenkammerstrasse in Berlin in the middle of June.

Many great experiences await in the holiday homes and apartments that the Feriefonden af 1979 (the holiday allowance foundation of 1979, ed.) for employees at Aarhus University has at its disposal. In this series, Omnibus presents holiday postcards and recommendations from employees who have visited one of the holiday homes or apartments in Denmark or abroad.

"First, we bought coach tickets with Eurolines, but unfortunately they went bankrupt before we left. So, we ended up booking train tickets costing DKK 550 for a return ticket. The train journey took around seven hours and we had to change in Ringsted, Næstved and Hamburg. But taking the train rather than flying means you end up in the middle of the city." 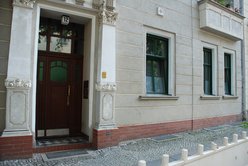 "The apartment was fine. But we were unlucky because they were digging up the road for the two days we were there. So, we didn’t get the chance to sit outside in a courtyard or on a balcony, though you can always use the nearby parks. The apartment is in Prenzlauer Berg, which is a very cosy district with lots of cafés a little away from the city centre." 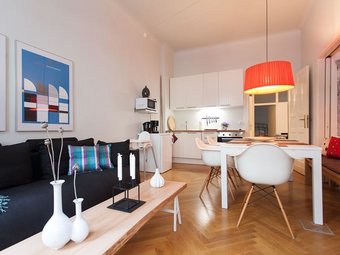 The living area. Photo: The holiday allowance foundation of 1979

What do you think of Berlin?

"We’ve been there before, but Berlin is fantastic because of the life there is in the city. There are lots of exciting places to visit and everything works."

"We rented bikes locally. The city is perfect for cycling, with bike lines and paths and motorists who take look out for cyclists. But you need to be aware because the locals cycle fast. One of the things we did was to cycle along the former Berlin Wall and see many of the memorials. We stopped and had breaks by the river and also rode out to the many city blocks on the outskirts of the city. We really fine-combed the city by bike. And we also took the trip up to the top of the radio tower (Berliner Fernsehturm, ed.) and to the Museum Island." 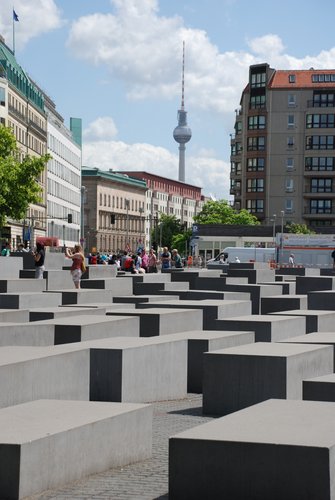 The Memorial for Europe's murdered Jews and in the background the radio tower. Photo: Jette Broeng Ohrt

"The Jewish Museum (Jüdisches Museum Berlin, ed.) and the radio tower. And also the bike trip along the former Berlin Wall."

"Take a walk in the memorial for Europe's murdered Jews. It’s a fantastic place to visit and really gets you thinking." 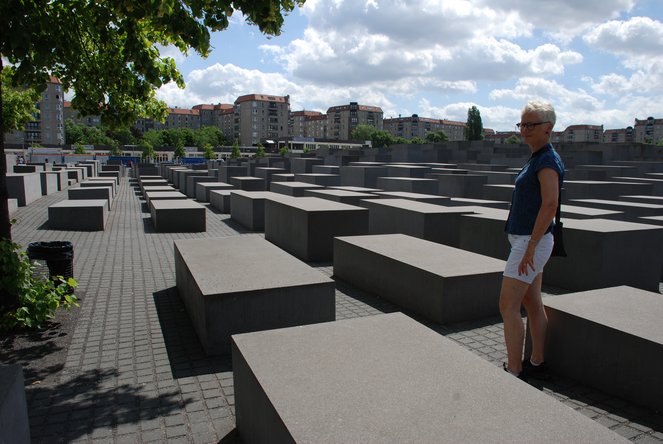 "There’s a Vietnamese restaurant in the neighbourhood. I can’t remember the name but we found it in Lonely Planet. It’s right on a small square and serves cheap and good food."

Have you visited any of the university’s other houses and apartments that you would recommend?

"I’ve been to the house on Strandfogedvej in Skagen, the apartment in Budapest and the apartment in Collioure. They were all really good, but the house in Skagen in particular is a fantastic place, well-maintained and top-quality. It’s a fantastic opportunity for us as employees to be able to rent these houses and apartments. I recommend booking early, preferably six months before, and also avoiding the school holidays as they’re overbooked and have to draw lots."