Show me your office – Inger Anneberg

Inger Anneberg from the Department of Animal Science in Foulum has not followed the typical academic path. In 1981, she completed an education as a journalist and then spent many years working for a local radio and a local newspaper, as well as the national radio station P1. But then she took a Master of Health Anthropology, which led to a PhD and subsequently a position as a postdoc.

She says she would not be able to stand writing news articles today, because she has always been told that her articles are too long.

"I think I’ve found my niche with anthropology. Anthropology is slow journalism," says Inger Anneberg, looking like someone who feels comfortable in her small but cosy office.

What items in your office say most about you as a researcher?

"I think it has to be my digital recorder, which is probably twenty years old. But it’s reliable and that’s very important for me when I'm in the field interviewing farmers. In my world, a malfunction is a horrible thought, a disaster." 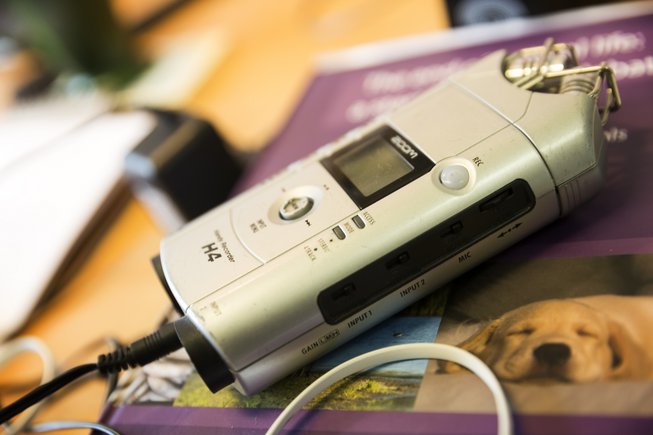 "The clippings from the debate about farming also say a lot about my field of interest, which is animal welfare. It’s a conflictual topic because of the degree of tension between those who live in cities and those who work in agriculture. They can have very different ways of understanding animal welfare."

How do you assess the level in the debate?

"I think it’s characterised by preconceived ideas from both sides. For example, farmers argue that people from the cities don't know what they’re talking about, because they have no idea how things are done in the cowsheds or pigsties. I think it’s wrong for them to turn the debate into a question of lack of knowledge. Consumers are often well-informed, because they’re interested in the topic, so insight is about much more than physically standing in a pigsty." 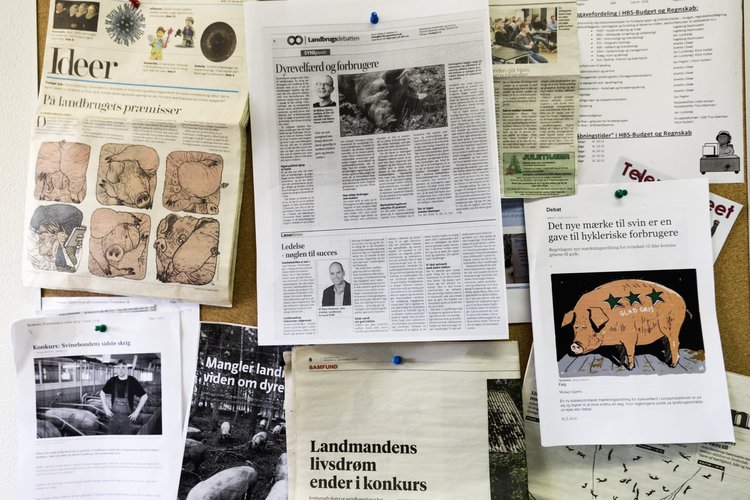 "Plus, it’s also not an easy thing to experience, as very few people have parents or grandparents who actually work in the agricultural sector any more. The conventional farmers also find it difficult to understand that the organic farmers are often highlighted in the media. And the organic farmers don’t necessarily represent better animal welfare, because like the conventional farmers, they must think about profitable production. As an example, I can tell you that on a conventional farm, a new born calf can be taken from the cow after 12 hours, whereas this is 24 hours in an organic farm. So as far as animal welfare goes, it’s a question of twelve hours." 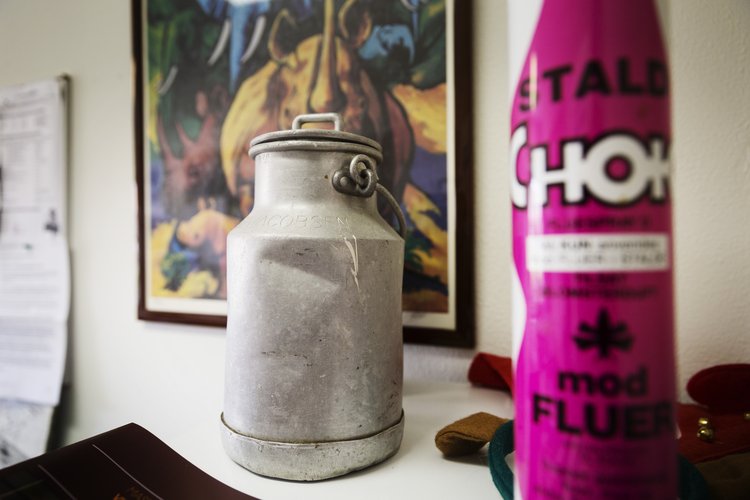 "My father's old milk can with his name and a number engraved: 31 Anders Peder Jacobsen. I think it’s from the local dairy. It belonged to the small farm that my father ran at Engesvang near Silkeborg in the 1950s. He was a trained agronomist and when he went bankrupt with his farm, he subsequently worked as an agronomist. It must have been very difficult for him to lose his farm, and he always dreamed of getting his own again. He died while I was writing my PhD dissertation. I’m sorry that he didn’t get to see me be employed somewhere where I work with farming. He would have been proud of that."

How has your father’s life affected you?

"As a journalist and then as a researcher I’ve always been interested in what happens when something goes wrong. As a journalist, I've worked a lot on suicide and suicide prevention, and as a researcher, I’ve done a bit of research on the subject of animal neglect. I have for example written a paper about what goes wrong when a farmer closes the door to a stable, that is when he neglects his animals. I had seven cases with farmers who had done this and they gave reasons such as private debt, illness or that they had taken on too much. They also said they were men who weren’t good at asking for help." 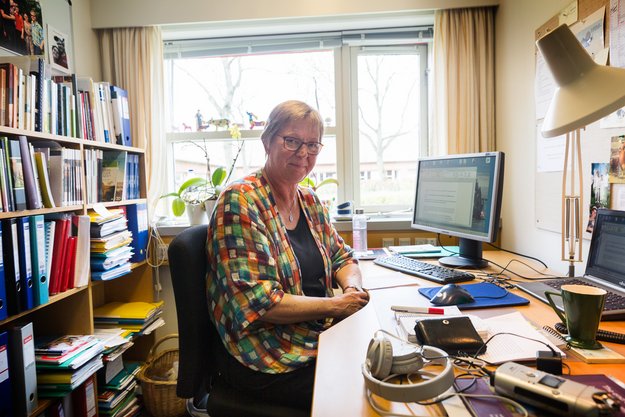 Inger stops talking and looks like she is considering something she has come to think of while talking.

"Sometimes," she continues a little hesitantly, "I find others asking whether I can actually believe what people say and whether they're lying. But as an anthropologist I don’t deal with whether people are lying. I’m not interested in revealing lies. People do what they do for reasons that are good for them. And people say what they say because it makes sense for them. As an anthropologist I’m trying to find people's good reasons." 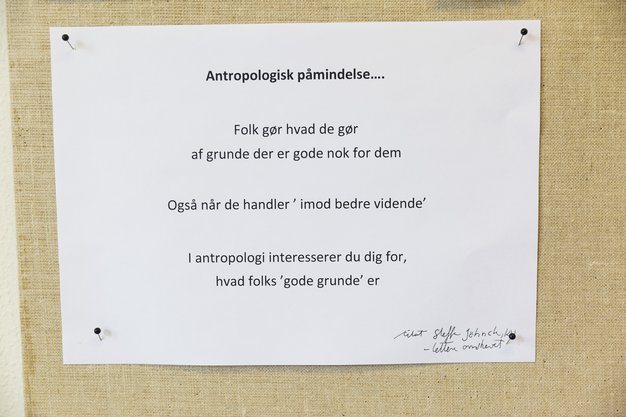 What good reasons do you have for all the animals you have in your window?

"They’re from different trips I’ve done and many of them are also presents I received when I got my PhD. This one here," says Inger as she gets up from her chair to fetch a dark plumed bird with an orange beak, "is one of the newest in the collection." 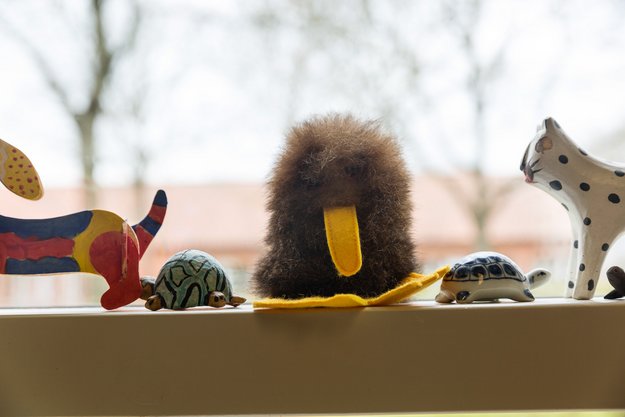 "It's a kiwi, which I brought back from a trip to New Zealand, and a bit of an absurdity – a hybrid as we anthropologists call it. The kiwi can’t fly even though it’s a bird, because it has no natural enemies in New Zealand. But then the possum, which is a marsupial, was introduced to the country because they wanted to hunt it, and since then it’s almost wiped out the kiwi. So, when I saw a Kiwi in a souvenir shop that was made from the skin of a possum, I just had to buy it," she laughs.

The kiwi is returned to the collection of animals on the window sill and Inger instead grabs a small plush pig with a battery under its stomach. 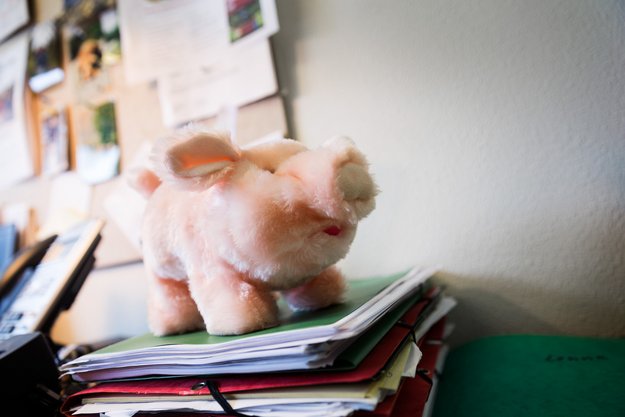 "My sister-in-law gave me this when I finished writing my PhD, and as we anthropologists are fixated on rituals, I always let it take a little walk down the corridor so my colleagues know whenever I publish something.”

She prefers to be in the field and to study the things that interest her most, which are social relations between the many different stakeholders in and around the agricultural sector.

"As a researcher field work is one of my strengths, and it was also what I found most fun as a journalist. To get out there and observe. To ask: Why are things the way they are? The serious part is transcribing, writing and publishing." 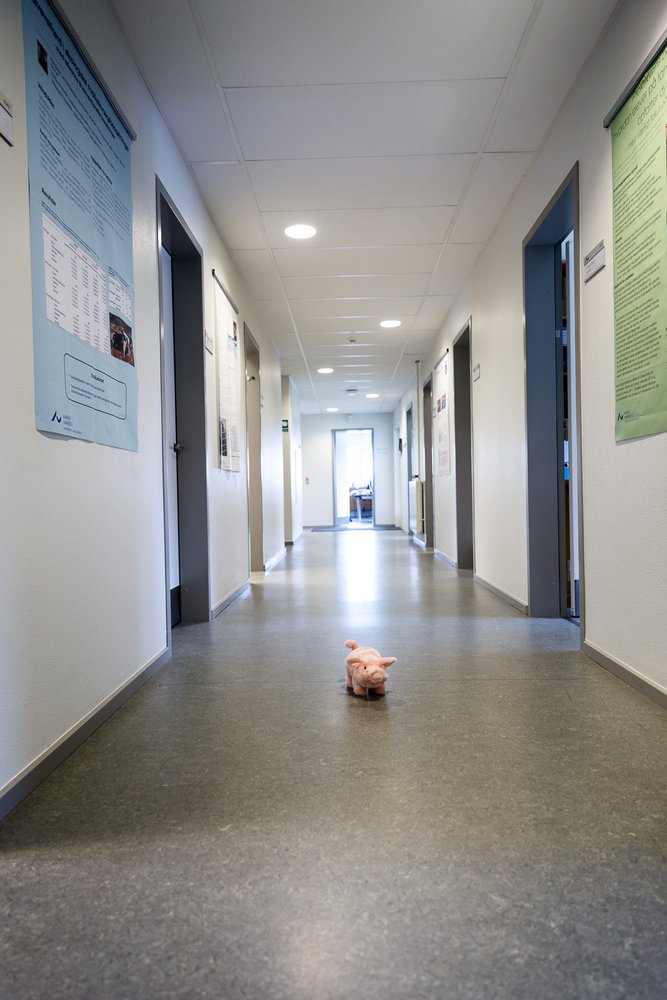