For the past seven years, Associate Professor Niels Olof Bouvin has been hooked on pastel-coloured ponies, though that’s not difficult to guess when visiting his office at the Department of Computer Science.

Associate Professor Niels Olof Bouvin’s office door is one of the more colourful at the Department of Computer Science. But in actual fact, it is only when you step inside his office that things really get colourful.

What items here in your office say most about you as a researcher?

"The awards and prizes hanging on the wall. They show the kudos you receive academically. I’m particularly pleased with the teaching prizes that I've been given in recent years. In 2015, I received the award for best lecturer at the department, and last year the one for best lecturer at Science and Technology as a whole." 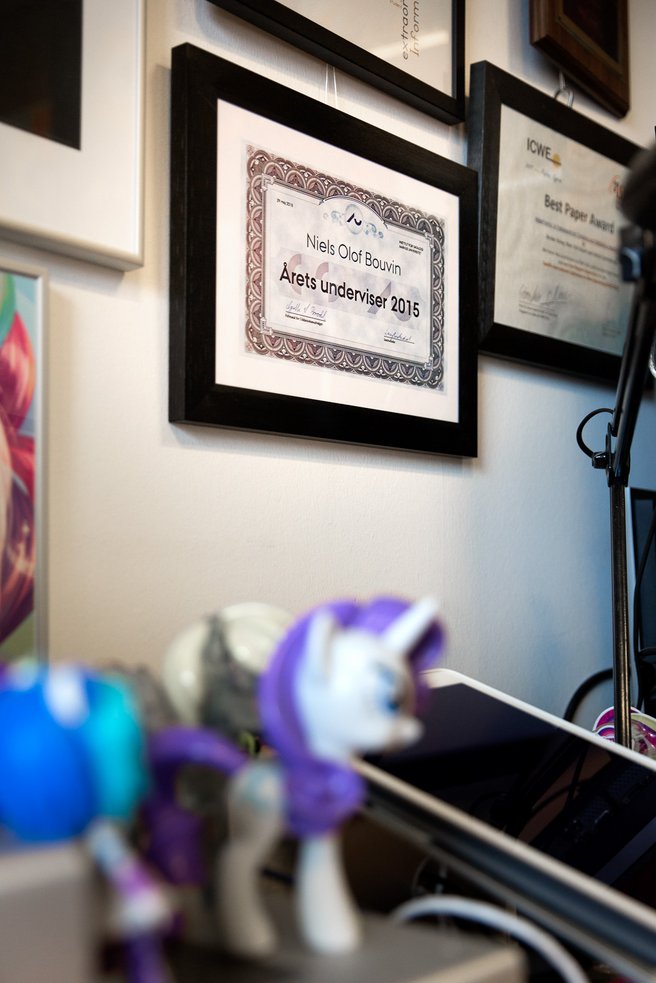 What do the two prizes mean for you?

"I think that teaching is great fun and very interesting, so to have the students acknowledge my teaching is very pleasing."

Why do you think you’ve been acknowledged like this?

"I’m committed to the subject and that’s my motivation for teaching. If I found it deeply boring then that would certainly be reflected in the way I presented things!"

What is it that you want to communicate?

"I have first year courses and advanced studies courses, so it differs a little. But it’s an understanding of how things are connected within the subject. Where the challenges lie. Which direction you can go. It’s very exciting, and I can also see that my Master's thesis students come from the courses. Typically, they carry on with the things we’ve worked with on the courses." 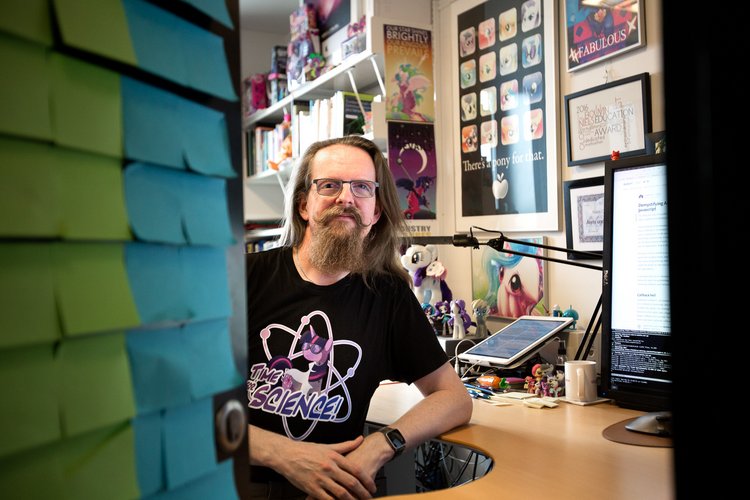 "That would be all the ponies, the posters and music equipment, all the colourful things." 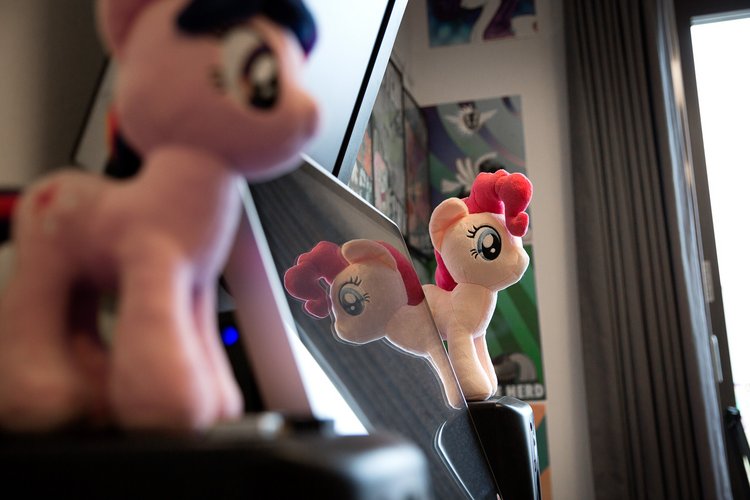 Let's start with the ponies. What makes a seemingly intelligent man fall for pastel-coloured ponies?

"It was something that happened during the last generation of 'My Little Pony: Friendship is Magic' (a fantasy TV-series, ed.) from November 2010. The pioneer for this generation, Lauren Faust, set out to make a show that was, and I quote: ‘A show for girls that weren’t stupid.’ It surpassed all expectations.” 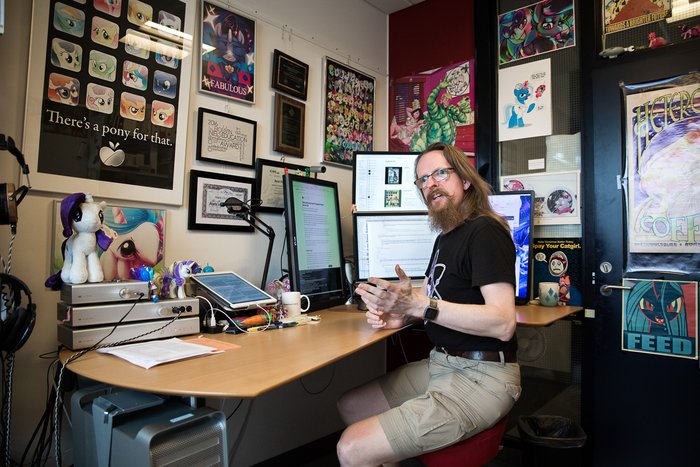 "The series, which is still running, has turned out to have an amazingly broad appeal far beyond the original demography, which is girls aged 6-12. I would guess that the fan base today is fifty-fifty when it comes to gender distribution and includes a large segment of adults."

What is it that fascinates you?

"I like animation in general, but this series is characterised by some really strong aspects. Firstly, it has really good characters, good design, good art direction and a well-thought out universe. And it’s simply a cheerful and funny series. I think it’s one of those series where you can easily see a couple of episodes before realising how fantastic it really is. But after that, it’s hard not to become hooked."

You talk about good characters and fantastic directing, but you’re talking about some pink ponies…

"Yes, that's right, and some of them are also purple! Because the fan base is so large, the new version of My Little Pony has received a lot of attention from academia. I remember a researcher saying about My Little Pony quite a few years ago: ‘I have never seen feminism packaged this well before’.” 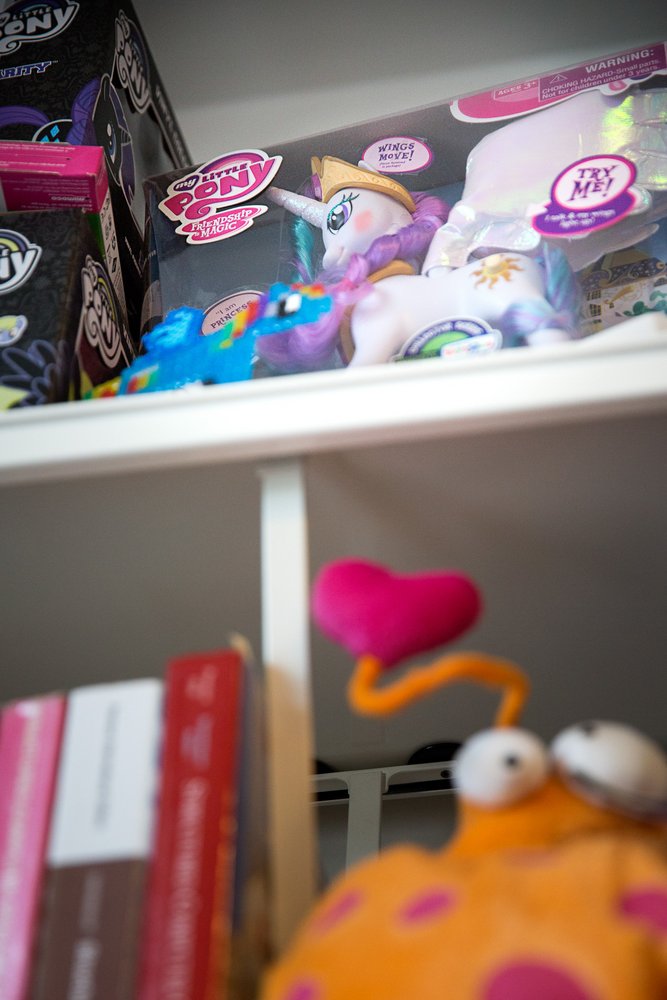 "In My Little Pony: Friendship is Magic, Lauren Faust has managed to create six main characters who are all female and strong, but deeply different in their life choices and approach to life. The simple confirmation that there are many different ways of being a girl is one of the appealing aspects of the series." 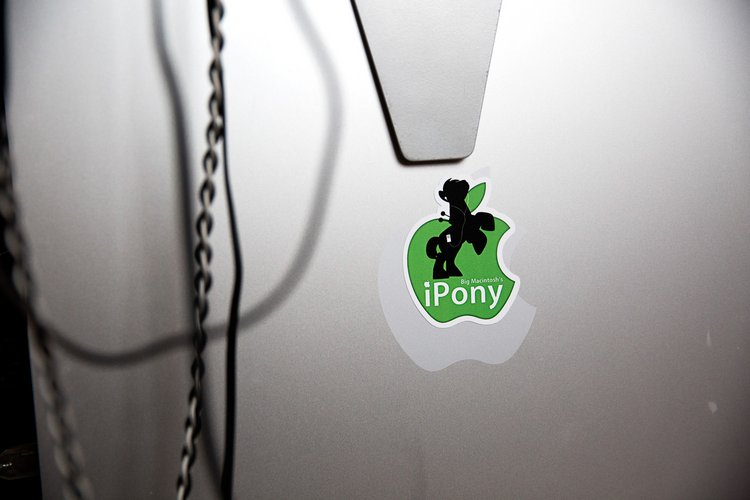 What aspect of girls having a chance to see themselves reflected and find a form of identity is it that interests you here?

"From my point of view, it’s a happy incident. But getting back to Laurens Faust’s intentions, it’s simply an intelligent show that’s been a fun ride to follow over the last seven years. I’ve also had the opportunity to meet the majority of people behind the show, as there are conventions all over the world. The biggest I’ve been to had more than 8,000 participants. That was in Baltimore. Just as rewarding has been the huge fandom that’s arisen around the series with a lot of people who make music, film or draw. In this way, lots of creativity is manifested, and the vast majority of the pictures hanging on the wall are fan reactions.” 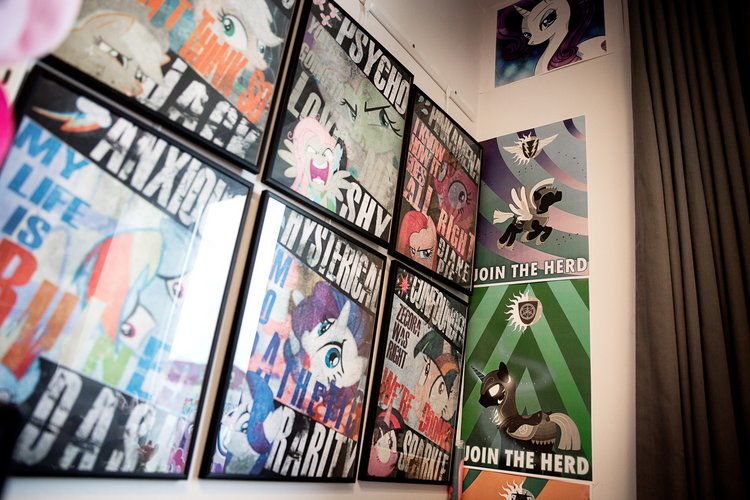 "Another very important thing about watching the series is the whole discussion about each individual episode. There are large online forums where people sit and live chat while the episodes are sent." 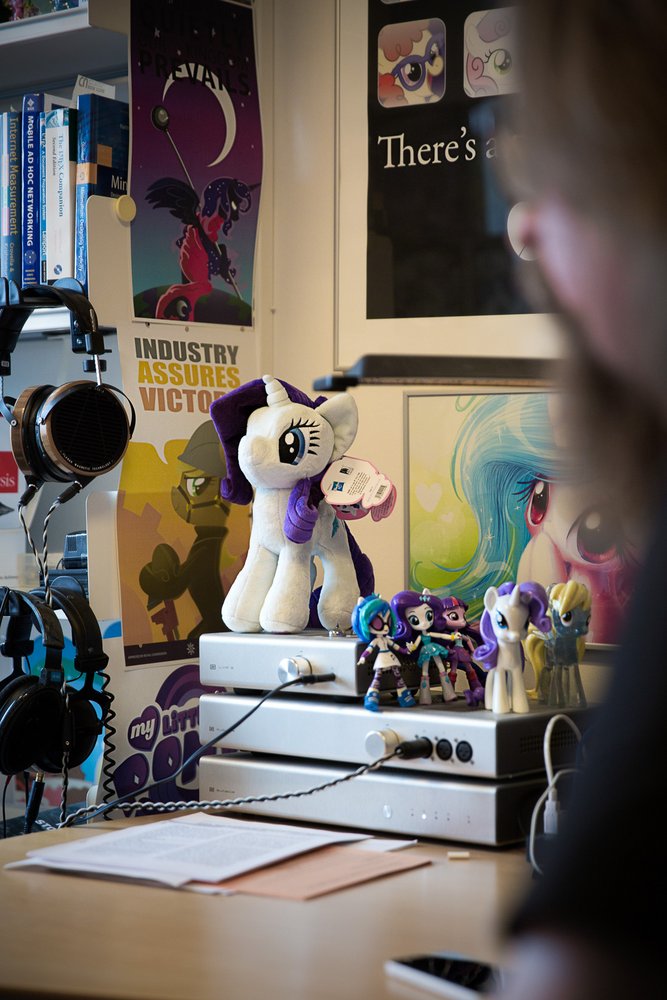 Which pony is your favourite?

"Rarity. In a conventional TV-show for girls she would be a villain, because she is very focused and single-minded. But in Lauren Faust’s universe the fact that Rarity is a hardcore business pony gets a positive spin! But what really makes the big difference is that Rarity has a fantastic voice actor in Tabitha St. Germain."

What do your colleagues or students have to say about the ponies in your office?

"I think they find it funny. When I received the lecturer of the year prize in 2015, one of the comments I saw was that it was a distraction for students to always see me in a pony T-shirt at the lectures. But that I mustn’t stop wearing them!” 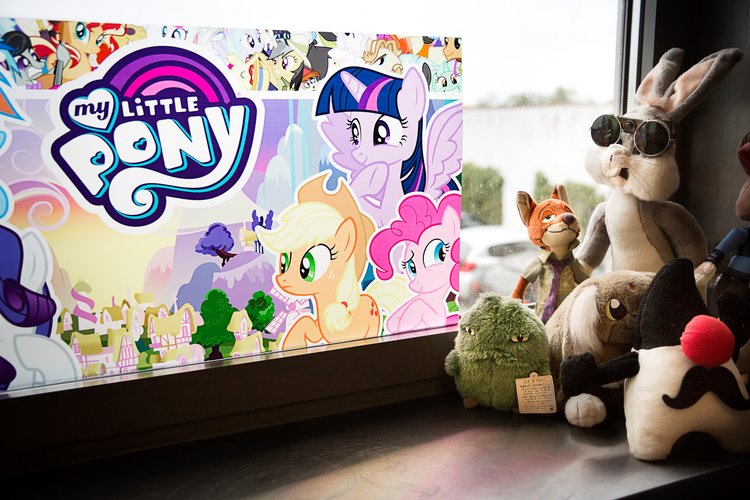 Niels Olof Bouvin’s view from his office is not the most stimulating. His former PhD student, Mads Darø Kristensen, who shares his former supervisor’s interest, has therefore given him some pony decoration to stick on the window.