Show me your office – Birte Poulsen

Associate professor of classical archaeology Birte Poulsen has an office in the Nobel Park, but travels as often as she can to excavations in Halikarnassos in Turkey and Nemi in Italy. When she really needs to concentrate on research, she stays in Rome for weeks on end and surrounds herself with thousands of books.

Below the windows the rush hour traffic crawls by on the ring road, but if you let your gaze wonder further down Nørrebrogade, it ends up meeting the port cranes and the woods to the south of Aarhus. Not the worst view to have. But everything is relative, of course.

"I used to have an office above the Museum of Ancient Art with a view of the Sun Courtyard and the park. You can’t get a much better view than that," says associate professor of classical archaeology Birte Poulsen. Together with her colleagues from classical archaeology and classical philology, she moved to the Nobel Park in 2011. The new office is smaller than the old one, so she has had to get rid of much of her old furniture.

"But the armchair here and my bureau have survived. The chair is from AU's birth. A caretaker found it for me in storage. It was really battered, but he glued it back together for me and I think it’s wonderful."

"The bureau is extremely practical. It’s here I keep documentation from various excavations that are still going on. I’m presently working on the publication of the excavation of a Late Antique period house in Halikarnassos, the town with the Mausoleum that is one of the seven wonders of the world, as well as a large Imperial villa near Lake Nemi to the south of Rome."

The latter project takes up a lot of shelf space in the office in the form of ring binders, notebooks and rolls with drawings.

"We believe the villa once belonged to the Emperor Caligula and was possibly built by Caesar. The Romans have always had villas in this area, as you can't stay in Rome in the summer, which is when people from Rome move to the periphery of the city and up in the mountains where the air is better," she says.

At the moment, she has to work on the project in Halikarnassos in Turkey from her office in Nobel Park.

"We haven’t been able to get work permits for the project in Turkey for the past three years as a result of the political situation. It’s a shame, because it’s a fantastic place to work. But we're trying again this year. And we’ve got plenty of work to do from home until we get a yes."

Is there anything in your office, which says something about you?

She looks at the watercolour above her desk.

"That was painted by the artist and architect Christian Hansen in the 1830s and depicts the Acropolis before the Caryatid Hall was rebuilt. This reminds me of a time when you could just walk around the Acropolis without any tourists and before the pollution and cars came along."

On the window sill there is a small still life painting of some casts. 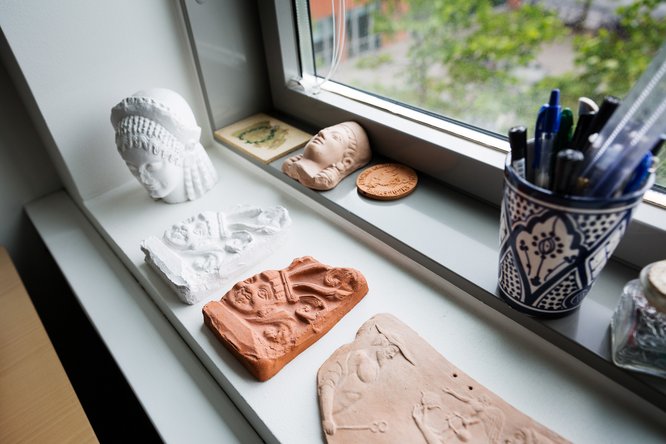 "Those are casts of a Medusa, one in clay and one in plaster, and they’re from the villa in Nemi. There are also a few souvenirs; we mustn’t take anything from the excavations, but we can always buy funny souvenirs," she says, before reaching for a copy of a pinakes (a small relief panel, ed.) with Aphrodite, an Eros figure and Hermes.

How often do you travel as part of your job?

"I travel a lot but it’s a challenge getting everything to fit in with teaching and exams. I try to do field work for three weeks in January and I spend six weeks in Rome during the summer. Plus conference trips and the like." 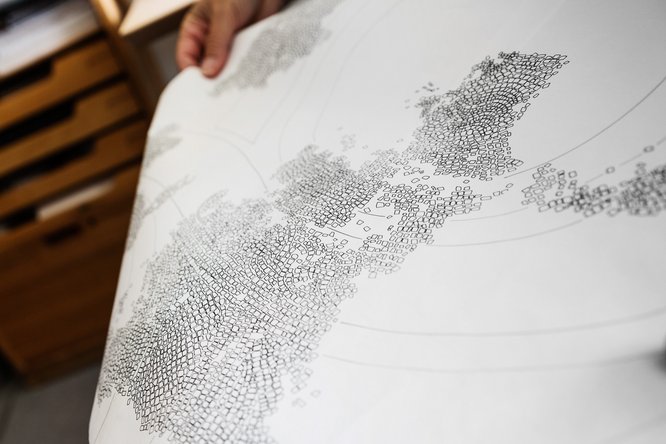 "I've just started on a new project in the Albanian mountains. An excavation of a villa which is said to have belonged to Clodius (Roman politician 93-52 B.C., ed.) that no archaeologists have had access to since 1914. We did the initial cleaning in May, and it appears that the villa is from the middle of the first century B.C. The villa is now owned by Opus Dei (a Roman Catholic institution, ed.), and they don't want us there during June, July and August, as they hold courses for priests at the villa. Those are otherwise the months that suit me best because I don’t have any teaching." 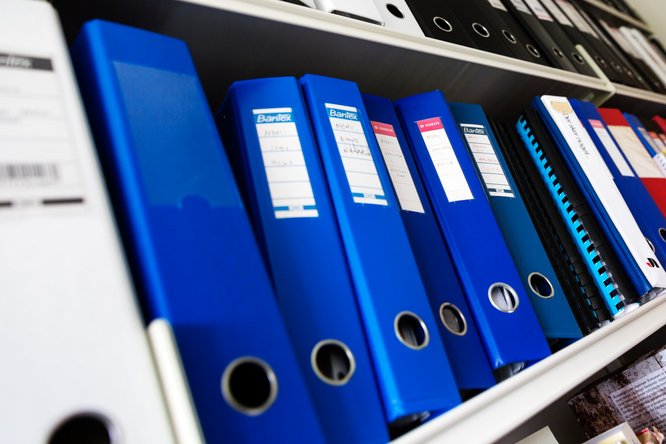 There are many ring binders in your office, but not many books …

"Yes, I don't have space for all my books here at the office, so I have a pretty good library at home. But when I really want to do research, I leave for Rome. The French School on the Piazza Farnese has a wonderful library. It’s a renaissance palace with thousands of books on three floors. Of course I could get materials sent to Denmark, but that takes time, and it's great to be able to look things up immediately when you think of something."

The bulletin board has children’s drawings, family photos and a couple of cartoon drawings by the Danish cartoonist and comedian Wulffmorgenthaler. 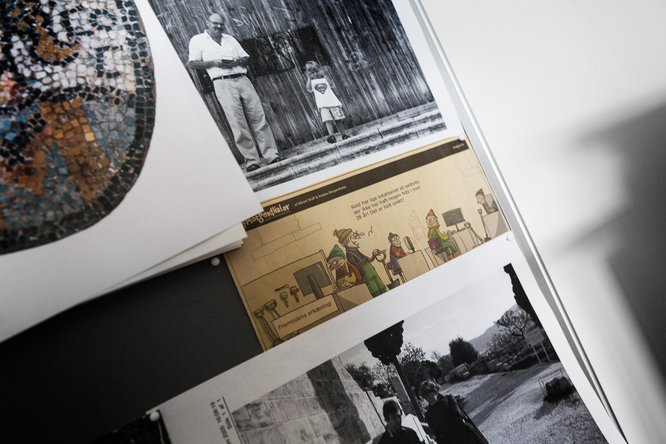 "They’re often a bit wishy-washy, but sometimes they’re spot on."

Poulsen points to a large group photo hanging on the bulletin board.

"That’s the team from the Nemi excavation. It was a huge logistic challenge to find accommodation for so many people in a small village. But there’s a monastery in the village with five priests living there, and one of priests said that the sixty students were welcome to stay at the monastery as long as they made sure they cleaned up afterwards.”

I imagine things livened up at the monastery?

“They did. And the village got a new morning cafe because of our students. When you have to meet-up at an excavation at six in the morning, it's good to get a cappuccino and an Italian croissant before you start work." 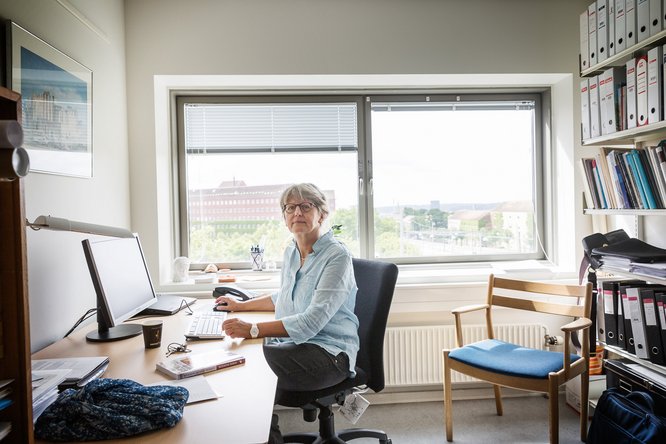