Show me your laboratory – Tobias Sandfeld

When Tobias Sandfeld graduated from AU as a biologist in the summer, he already had a signed contract to become a PhD student in a research group at the Department of Bioscience in Aarhus.

In the spring, the research group at Spiderlab at the Department of Bioscience received a grant of DKK 14.7 million from the Novo Nordisk Foundation for a three-year research project with social spiders as its focal point.

Social spiders sound cosy enough. But these spiders, which live close together in large groups, are probably the most inbred organism to ever be studied.

Due to the extremely low genetic variation, there ought to be grounds for something close to extermination if viruses or bacteria attack the spiders.

"If a virus finds the key to one spider, it has at the same time the key to kill off all the spiders in the society because they’re so alike as a result of inbreeding. But that’s not what happens in real life," explains Sandfeld.

The research group’s hypothesis is thus that against all odds, the spiders are protected against extermination due to some antimicrobial substances that, for the spiders, constitute an effective defence against the outbreak of disease. 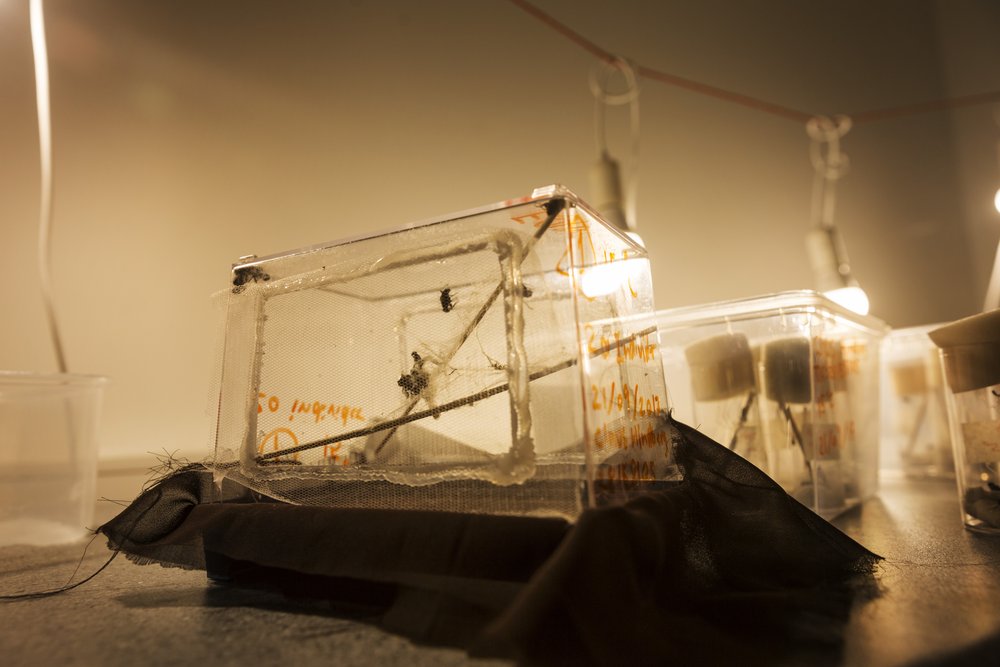 If it turns out that the research team’s hypothesis is correct, then the new knowledge about the antimicrobial agents can contribute to the development of new antibiotics. This would be ground-breaking at a time where resistance to antibiotics is a threat to public health in many places around the world.

After this explanation of why the researchers at Spiderlab are here, we’ve reached the point where Tobias Sandfeld shows us to the laboratory so he can demonstrate how the team is pursuing its goal. And this is actually to initially find out whether the antimicrobial agents live in an environment with or without oxygen, because this is crucial for being able to recreate the right conditions for further experiments in the laboratory. 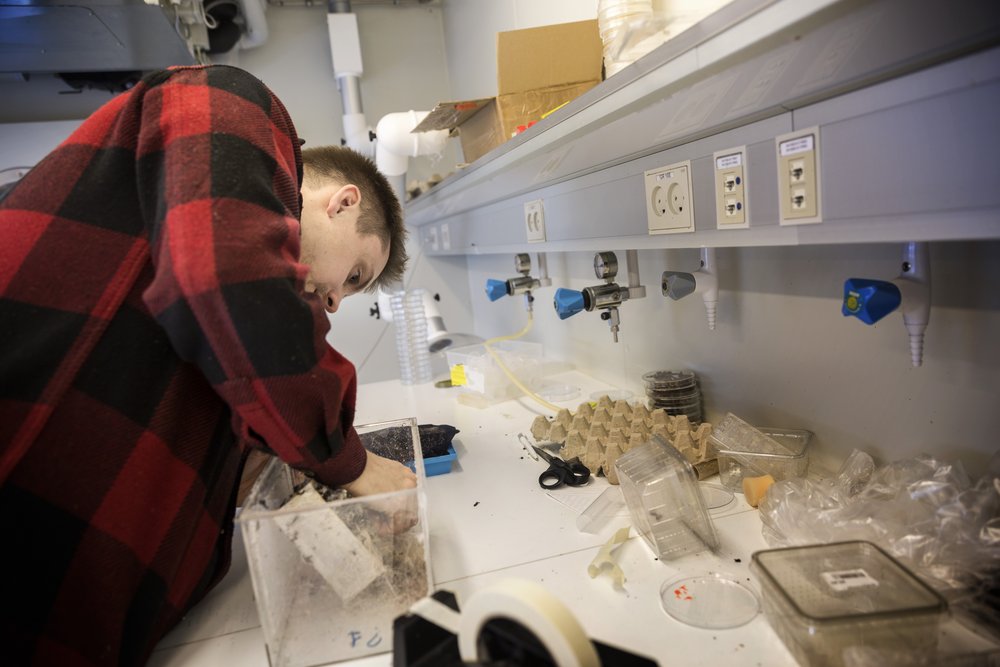 The spider to be examined under a microscope must first be captured in a climatic chamber with an ambient temperature of 29.3oC. As the spider is ectothermic – that is to say that its temperature follows that of its environment – it is very active at this temperature. It can therefore sometimes be a challenge for Sandfeld to catch one of them. 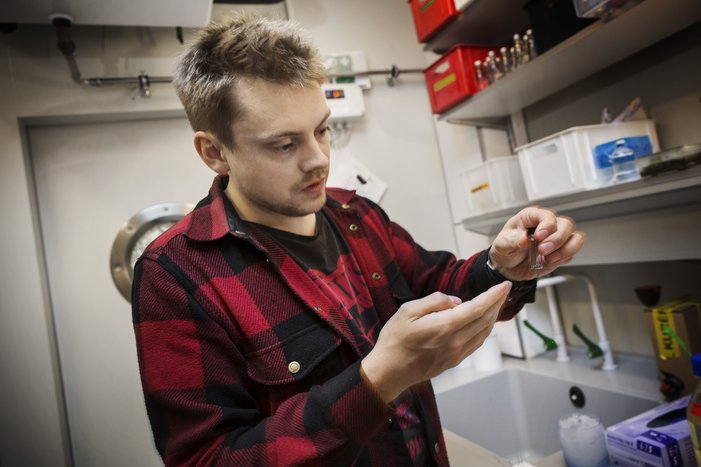 But practice makes perfect, and finally he succeeds in capturing a spider in the small glass tube. The spider can then enjoy a couple of hours in ice-cold water in a cold room with a temperature of five degrees. Internally at the department the cold room is called Little Svalbard (after the very northerly Norwegian archipelago, ed.). The exercise consists of giving the spider an unpleasant cold shock so that it is unable to use its muscles due to the shock. 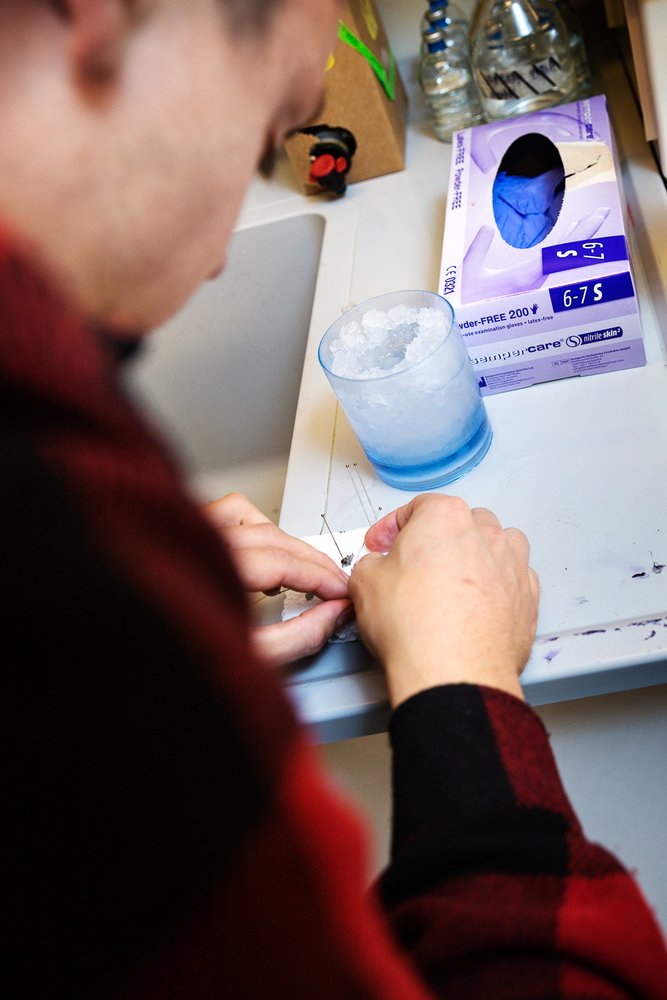 The freezing spider, which has contracted completely in the cold, is then fished up of the icy water and placed on a small polystyrene slab where it will be fastened. 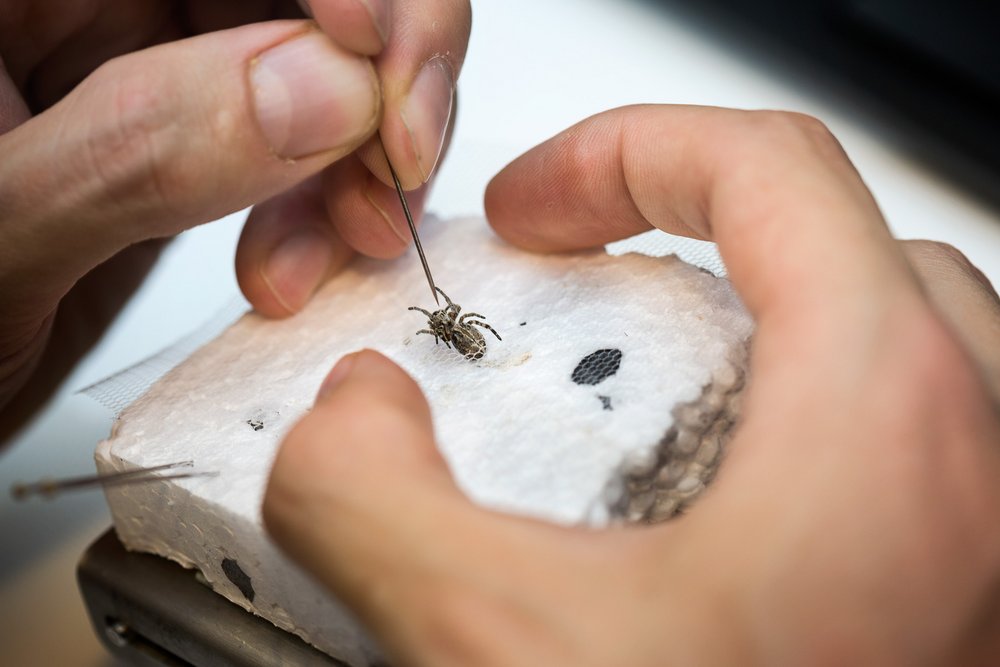 But first it must be turned on its back before being fastened under a net which Sandfeld fastens with pins. The spider can begin to move again as it warms up beneath the lamp from the microscope. But it should not move. In fact, it must not move at all. 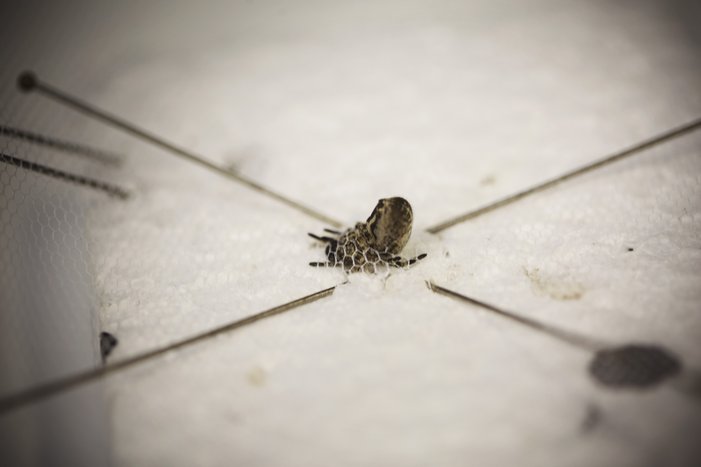 This is because in order to examine the spider, Sandfeld needs to insert a sensor up into the spider’s anus, and to do that it must not be able to wriggle – and he needs to have a steady hand, too. 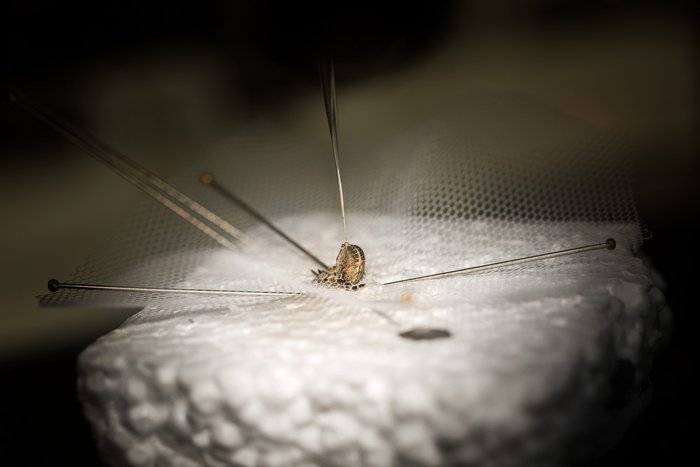 We are dealing with almost unimaginably small scales. The sensor that Sandfeld uses is a long thin glass tip with metal inside, which is 50 microns (µm) in width – so we’re talking about millionths of a metre. 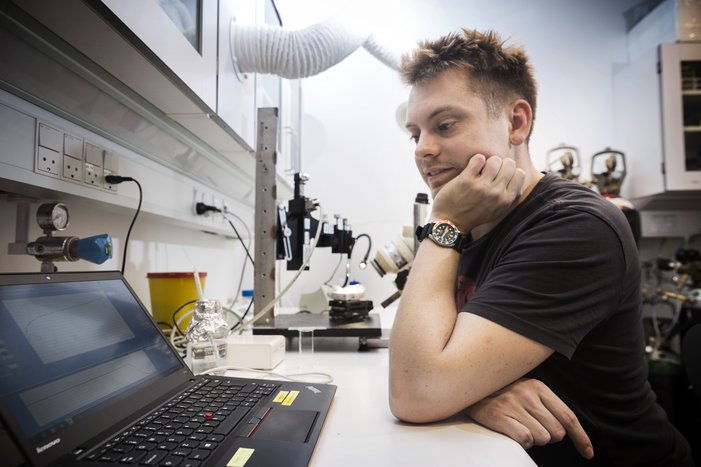 Finally, Sandfeld gets to the point where he can see how the curve on his computer looks in relation to the experiment in question. This time he gets a nice curve and can feel satisfied with his work as he begins the process of capturing a new spider for the next measurement. And what of the spider that was the reason for the nice curve in this experiment? It ended its days in Sandfeld’s laboratory, as the spiders can only be used for a single experiment.